Phil Taylor’s extraordinary career is on course for an emotional Hollywood ending after the greatest-ever darts player reached his 21st World Championship final.

Standing in his way is debutant Rob Cross and, regardless of whether he wins or loses, the 16-time world champion will hang up his arrows at Alexandra Palace tomorrow after almost three decades of dominance.

A 17th world title on New Years Day would truly be the stuff of fairytales for this 57-year-old Grandad, who won 6-1 against 500/1 outsider Jamie Lewis in his semi-final last night.

Cross, who was 125/1 to win this tournament at the start of the year, will want to ruin Taylor’s retirement party. The former electrician is in his first year as a professional but defeated defending champion Michael van Gerwen 6-5 in a sensational match that did not finish until after midnight.

It was all the way back in 1990 when Taylor was first crowned a world champion, when Margaret Thatcher was Prime Minister and A.P. McCoy was yet to ride his first winner.

Taylor’s old friend Raymond van Barneveld perhaps put it best when he tweeted last night: ‘Imagine you won everything there ever was to win… Imagine you play your very last tournament and it’s the biggest of them all… Imagine you reach the final… Imagine you could win your 17th World Championship.’

A £400,000 cheque and the Sid Waddell Trophy await the winner of tomorrow’s all-English final. That would take Taylor’s career prize money over the £7.5million mark. 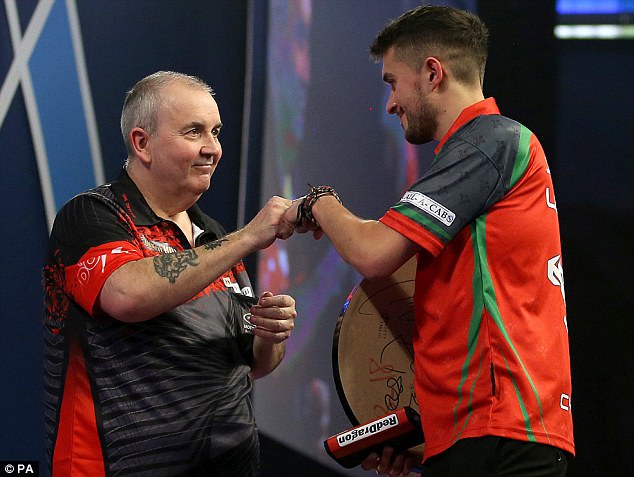 ‘I’m over the moon,’ Taylor said. ‘I really am. It was a struggle. The first two or three sets I was struggling. I’m shattered.’

Lewis had already made history by becoming the first man to go from the preliminary rounds to this tournament’s final four. He will take home £85,000 for two weeks’ work – after winning only £17,500 in prize money all year.

Yet the Welshman was not here to make up the numbers. He showed that by coming back from two legs down to take the first set.

The 26-year-old even had a dart to take the second set but Taylor survived, evening it up at 1-1. He walked off stage giving the sign of the cross to the heavens.

Lewis kept Taylor on his toes but had no answer to a man who is determined to bring the curtain down on his career with the biggest of highs. 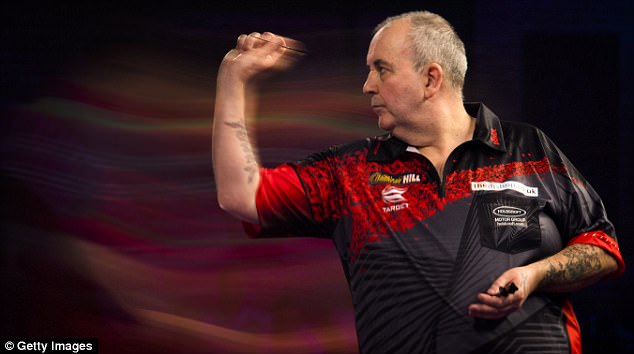 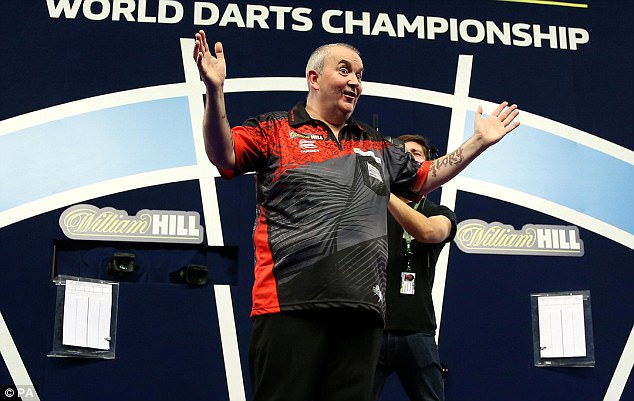