It’s been a long time since the Philadelphia Eagles have been champions of American football.

They last won the NFL title in 1960 – seven years before the Super Bowl even existed. But one Philadelphia area baby is apparently enjoying the team’s success in his young life, potentially saying the teams name as his first word.

Laura Elly of Drexel Hill, Pennsylvania posted a short Instagram video her son attempting to talk, and sure enough, the word out of his mouth does sound a bit like the name of the beloved Philadelphia football team.

The baby, from the Philadelphia suburb of Drexel Hill, appeared to say the name of his area’s favorite team with his first word 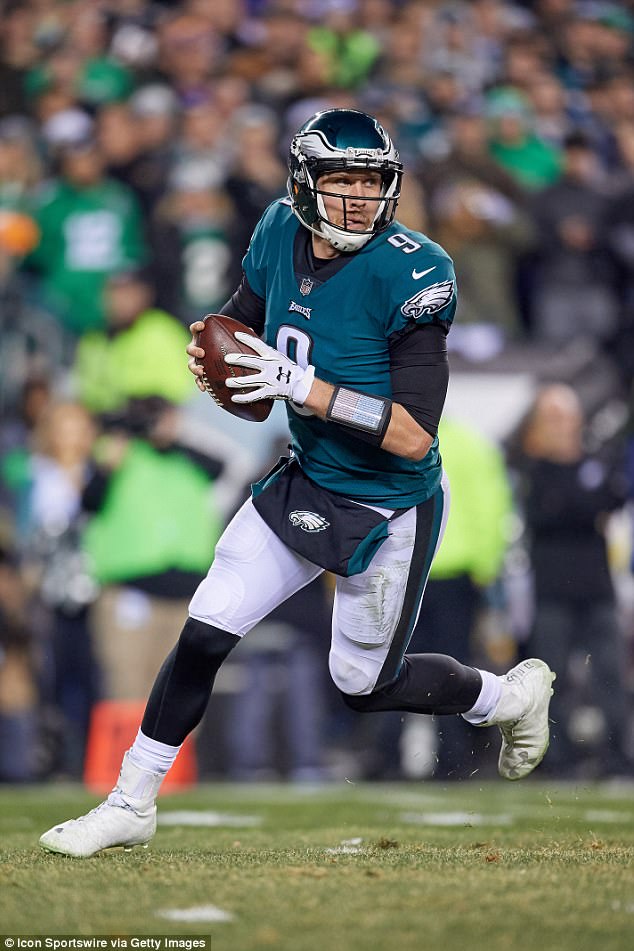 Guided by backup quarterback Nick Foles and second-year coach Doug Pederson, the Eagles have won 15 games this year including the playoffs, and have lost only three. After losing MVP candidate Carson Wentz to a torn ACL in his left knee in December, the Eagles have stayed resilient, winning games even when oddsmakers were betting against them.

The Eagles have been underdogs in their first two postseason games this year, and the Super Bowl will be no different – the Patriots are currently favored by 5.5 points.

The Eagles have won three championships prior to the Super Bowl’s inception, bringing the title home in 1948, 1949, and 1960. A win on Sunday would be the first Super Bowl championship for Philadelphia.