PICTURED: Liverpool fans attacked by hooligans in Kiev ahead of Champions League final

Photos have emerged of a number of Liverpool fans being attacked by hooligans in Kiev just two nights before the Champions League final.

Ukrainian police, who confirmed two people had been arrested in relation to the incident, said it was being treated as ‘group hooliganism’ after two people they described as ‘foreigners’ were injured.

The fracas, which occurred around 11pm local time on Thursday, happened while Liverpool fans were at a restaurant in the Ukrainian capital. 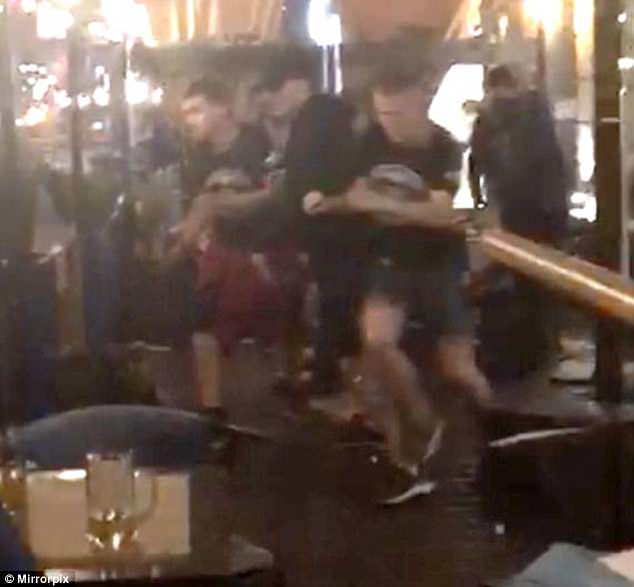 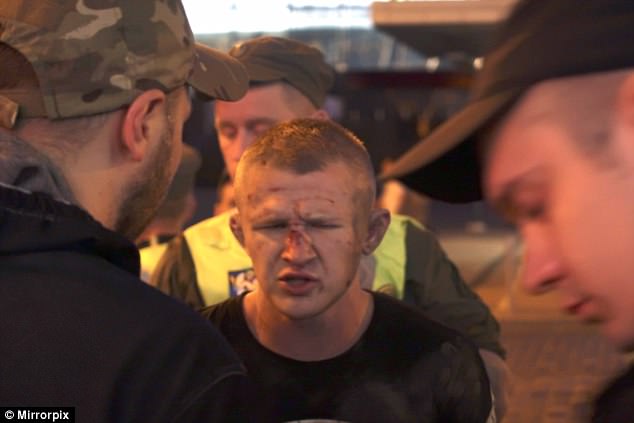 A man is arrested following the incident, which occurred at around 11pm on Thursday 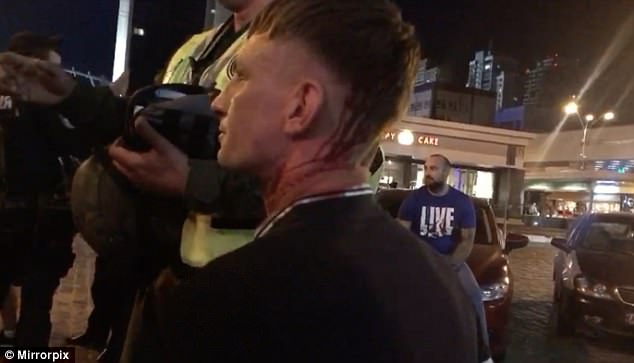 The supporters were forced to hide inside the Rooster Grill restaurant — which is just 200m away from the NSC Olimpiyskiy, where Saturday’s final will take place — using chairs and tables to protect themselves from their attackers.

Ukrainian police say the two arrested people face fines and they have opened an investigation on a charge of ‘hooliganism’ and are trying to identify and track down other participants in the fight. 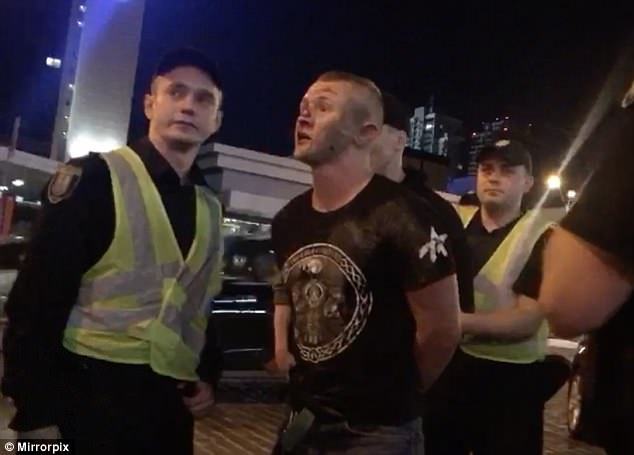 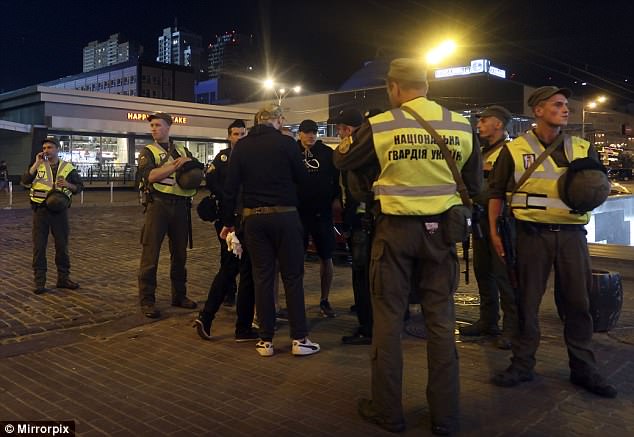 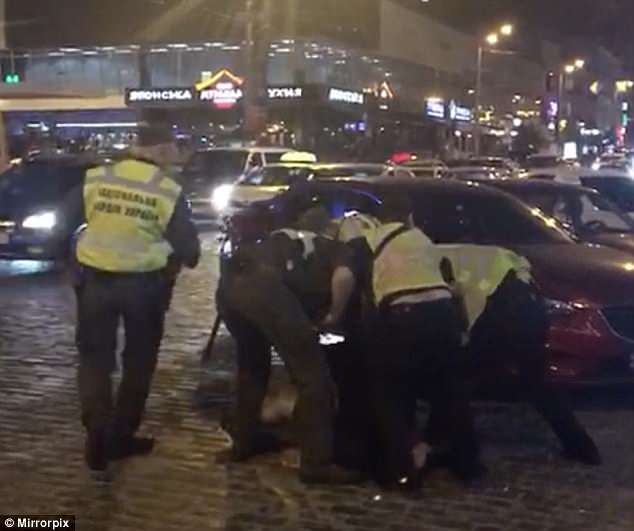 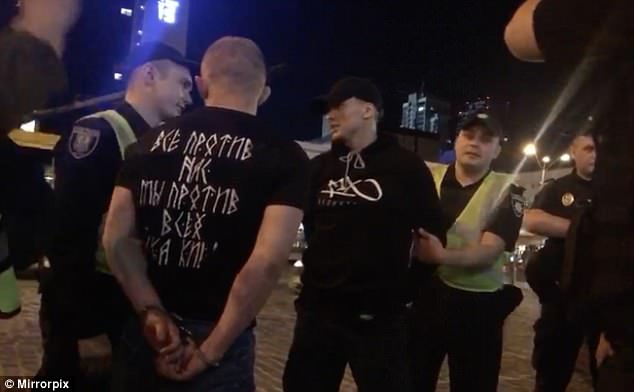