Plasterer, 23, dies of meningitis after returning from a dream holiday in Benidorm

Luke Brown, 23, pictured with his father Del, was taken ill just a week after returning from a holiday in Benidorm

A 23-year-old plasterer was struck down by ‘silent killer’ meningitis after returning from a dream holiday to Benidorm.

Luke Brown’s family said the keen Tranmere Rovers fan had been fit and healthy all his life.

But in September he was rushed to Arrowe Park Hospital in Wirral after his parents discovered him having seizures on his bed.

He was placed into an induced coma but sadly died a week later.

Mr Brown had fallen victim to a sudden but deadly strain of meningitis, which can kill within four hours, devastating his family.

It has now been revealed how Mr Brown’s organs were generously donated, saving the life of a man in his 30s, who needed a new liver.

Two more people, a woman in her 30s who got a kidney after being on the waiting list for three years, and a man in his 60s who also received a kidney, were also saved.

The 23-year-old had been home for a week from a holiday in Benidorm, and suddenly took ill, sending his father Del a final text, which read:

‘Can you bring me up a can of Tango when you’re sorted?’ 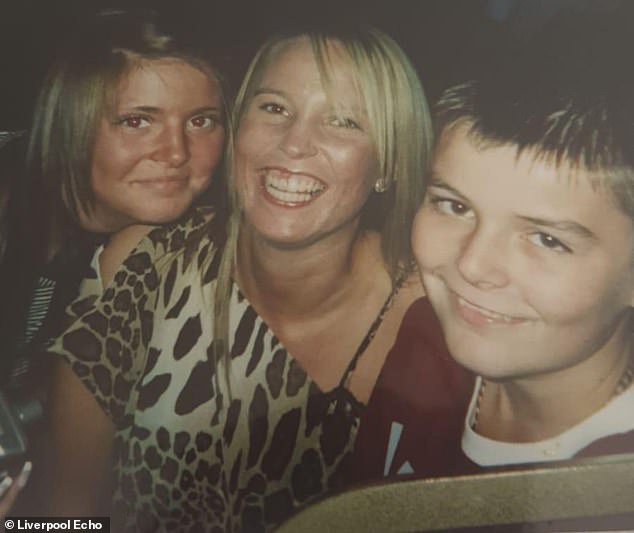 Luke Brown, pictured with his sisters Stacey and Melissa, was placed in an induced coma, but died in hospital a week later 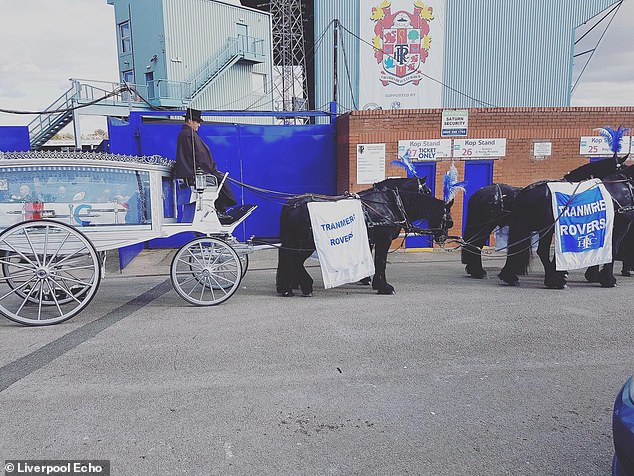 The funeral cortege at Prenton Park, the ground where Tranmere Rovers play. The 23-year-old was a keen fan of the football club 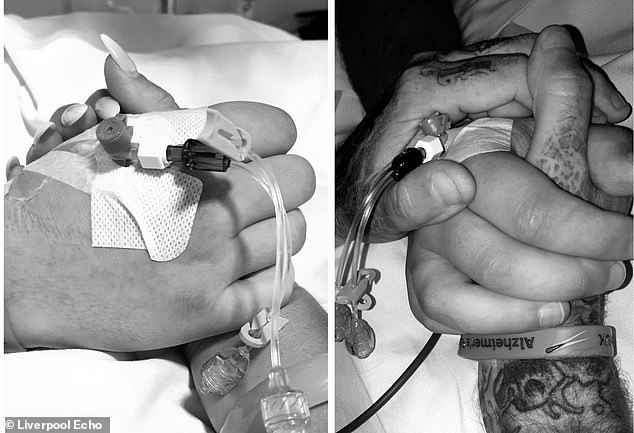 The evening before being taken to hospital, Mr Brown had complained of having a headache, didn’t come down for his tea as usual, and then asked for a bath to be run for him.

His parents kept a vigil by his bedside in hospital over the next week, but they believe he effectively died at home a week before they were forced to turn off his life-support machine as he had no sign of brain activity.

His mother and father, Viv and Del, both 52, think the holiday flight home from Spain could have triggered the meningitis.

They have been left shocked by their own research which has revealed the growing number of teenagers or people in their 20s who have died from the illness.

The couple are hoping to set up the Luke Brown Foundation, and are raising money to secure it charitable status and get it government-registered.

The family want to buy a lodge for use by families with loved ones affected by meningitis.

On April 11, next year, a black tie ball at the Village Hotel, in Bromborough, will raise cash for their campaign.

One of Luke’s friends, Joshua Griffiths, who is serving in the Army, has vowed to run five marathons in five days to gather together funds for his friend.

Currently, it costs £125 to get the meningitis vaccine, but it is not compulsory. 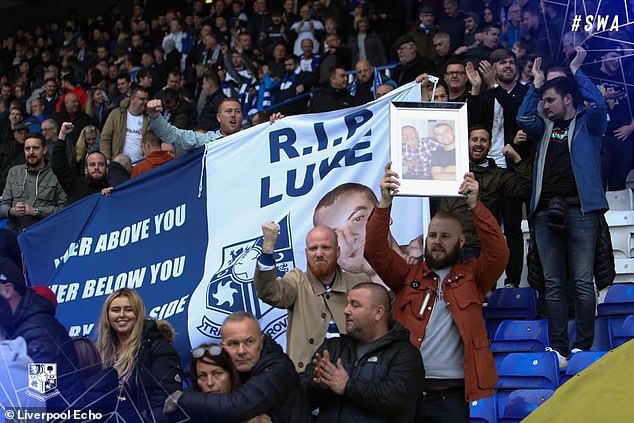 The illness can lead to people losing their sight, and sometimes their limbs, after sepsis sets in.

Up to 800 people packed out St Mary’s Church in Upton for Luke’s funeral, and six cars formed part of the cortege.

The horse-drawn carriage, which carried his coffin to the service, passed Prenton Park, the home of his beloved Tranmere Rovers.

Mr Brown’s mother said: ‘We don’t want Luke to be forgotten, we want to make people aware about meningitis.

WHAT ARE THE SYMPTOMS OF MENINGITIS?

The most common types of bacterial meningitis are meningococcal, pneumococcal, TB, group B streptococcal and E.coli.

Symptoms of meningitis include:

Someone with meningitis, septicaemia or meningococcal disease can get a lot worse very quickly.

‘Our son was bubbly, and handsome, and everybody loved him.

‘We want the government to take meningitis more seriously.

‘Luke was healthy and fit and had so much to live for. He was our baby.’

Jamie Morris, one of his best friends, said: ‘Luke, as a mate, was always the first out in the morning.

‘He was excited to be with the lads and his dad Del was his best mate – they were two peas in a pod.

‘They did everything together, sharing rooms when they went away.’

His pals who go to watch Tranmere, have taken a banner to recent away matches, including against Coventry and MK Dons, in memory of Luke, which reads: ‘Never above you, never below you, always by your side.’

The disease is sometimes dismissed as ‘Fresher’s Flu’ because its symptoms are similar to those experienced by students who get collective coughs, fevers and viruses during their first few weeks at university.

There is a tendency to dismiss it as simply a hangover after a boozy night out.

Mr Brown, who worked as a plasterer with his son, added: ‘If our campaign helps just one person to recognise the symptoms, and they get to the hospital in time to take antibiotics, then it’s worth it.

‘The rate of survival for those with meningitis is horrendous.

‘Maybe it takes a few sad stories so people wake up. It’s the hardest thing in the world to lose a child.