A children’s play centre has been forced to apologise after terrifying children as young as three when staff chased children around wearing a Slipknot mask.

Ms Nolan said that the incident happened at 11am on Wednesday, during the half term holidays.

The mask was a replica of the outfit worn by Slipknot vocalist Corey Taylor, which was worn when the heavy metal band released its album All Hope Is Gone in 2008.

The mother-of-one said: ‘It wasn’t advertised as a Halloween event but the reception people were dressed up and there were pumpkins, as you’d expect. 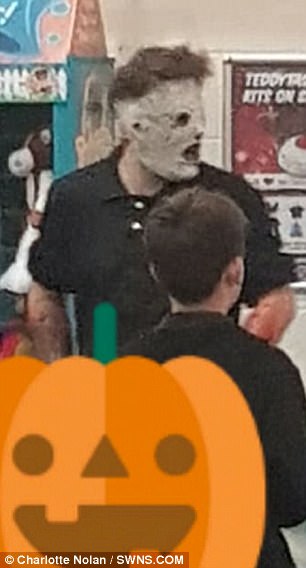 A soft play area has been forced to apologise after scaring children by wearing a Slipknot mask at the Adventure Kidz centre in Aylseford, Kent

‘There wasn’t a disclaimer about it being scary or anything – there was someone as cat and a girl with a cape on.

‘One of the members of staff did have blood on her face, which I thought was pushing the boundary a bit.

‘Oscar took his shoes off and went to play with his friends when this guy came out with a mask on.

‘We thought it was Leatherface from Texas Chainsaw Massacre at first, because we didn’t know who Slipknot were – either way, it’s still not aimed at children.

‘As a band, they sing about violence and death, which isn’t exactly Twinkle Twinkle Little Star.

‘He was walking around the tables and then they announced over the Tannoy that the monsters would join the jungle gym, so him and a man dressed as a rather graphic skeleton zombie got in and started chasing the kids around.

‘They were terrified – there were kids crying, hyperventilating, and being comforted by their mums.’

Ms Nolan said when she went to complain to the receptionist about the scary surprise, she was told it was the centre manager who was wearing the mask.

She then claimed she was spoken to in a ‘hostile’ and ‘defensive’ manner by members of staff as she tried to lodge a complaint about the masked man.

Ms Nolan added: ‘I went to receptionist and asked for someone in charge, but was told the guy in the mask was the manager.

‘They went to get the owner, and a hostile woman came out and said we were the only ones to complain with a problem.

‘She stormed off, got the bloke out of the jungle gym, and defensively said ‘I’ve got him down now so he won’t come out again’.

‘She said it in such a tone that I actually asked her not to raise her voice to me, because she shouldn’t be arguing in front of kids.’

Ms Nolan said that she would not be going back to the play zone due to the poor customer service and their half-baked apology. 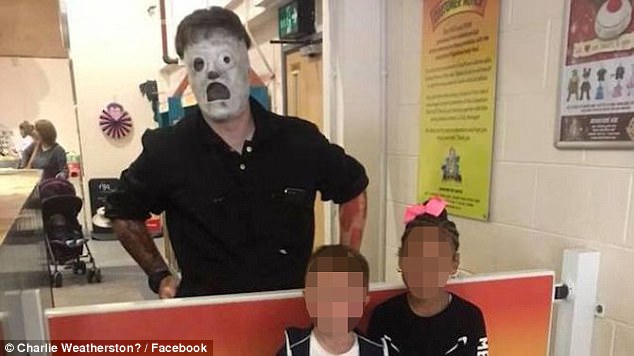 The mask was a replica of the outfit worn by Slipknot vocalist Corey Taylor, which was worn when the heavy metal band released its album All Hope Is Gone in 2008 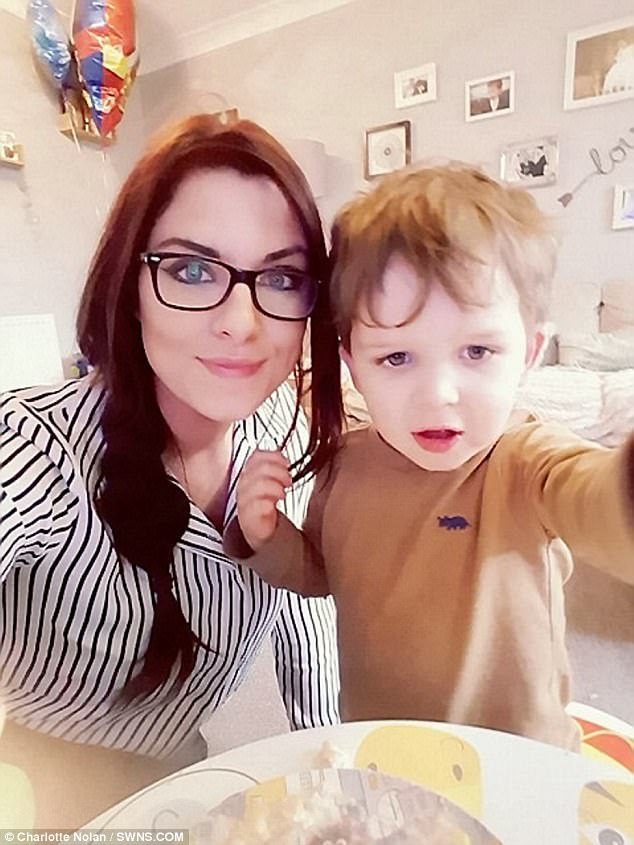 Andrew Moody, who owns the play centre, said they had announced that staff would be dressed as monsters for Halloween via Facebook Live and that customers were warned via the tannoy system before anyone wearing a costume entered the play area.

He defended the play centre, adding that people in the teenage years visit the centre and that the masks are readily available in most fancy dress shops.

He said: ‘The incident was dealt with within five minutes, the company have apologised and that was it from start to finish.’

Since the incident, Adventure Kidz issued a public apology via their Facebook page, but Mr Moody said his staff had been subjected to abusive posts and comments.

He added: ‘I honestly feel bullying my staff is from my point of view just not on.

‘This is unacceptable and has to stop.

‘One customer felt that costume was inappropriate and it’s just gone from one thing to another.

‘You can’t please everybody and unfortunately, one person has taken offence, but we have apologised.’