Two pairs of twin baby pandas have met the public for the first time in China after turning 100 days old.

The adorable cubs, born on the same day at the same zoo, also received their names today at the debut. 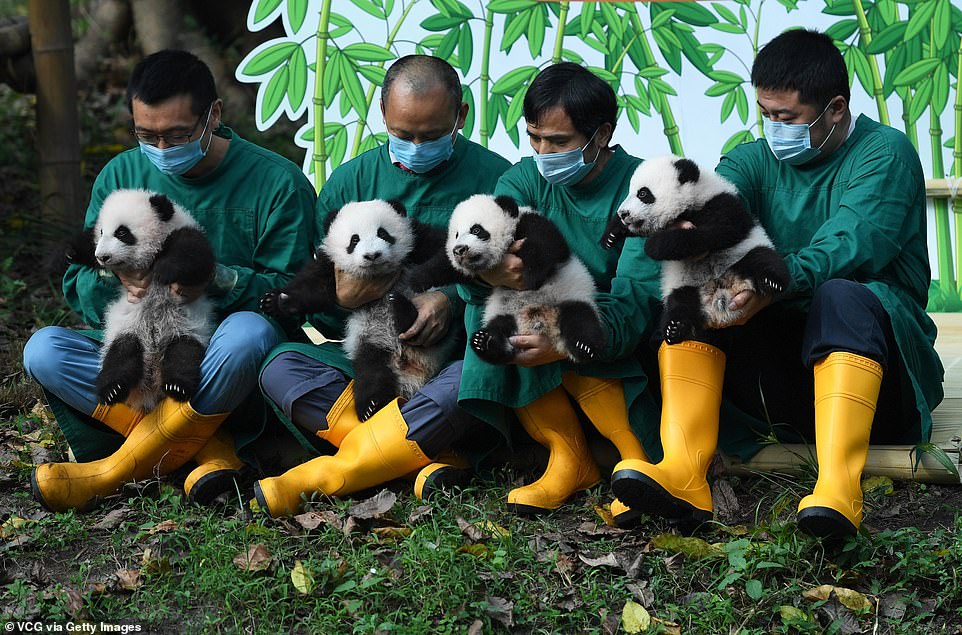 The baby pandas, which are two sets of twins, keep moving around as their keepers attempt to hold them for a picture 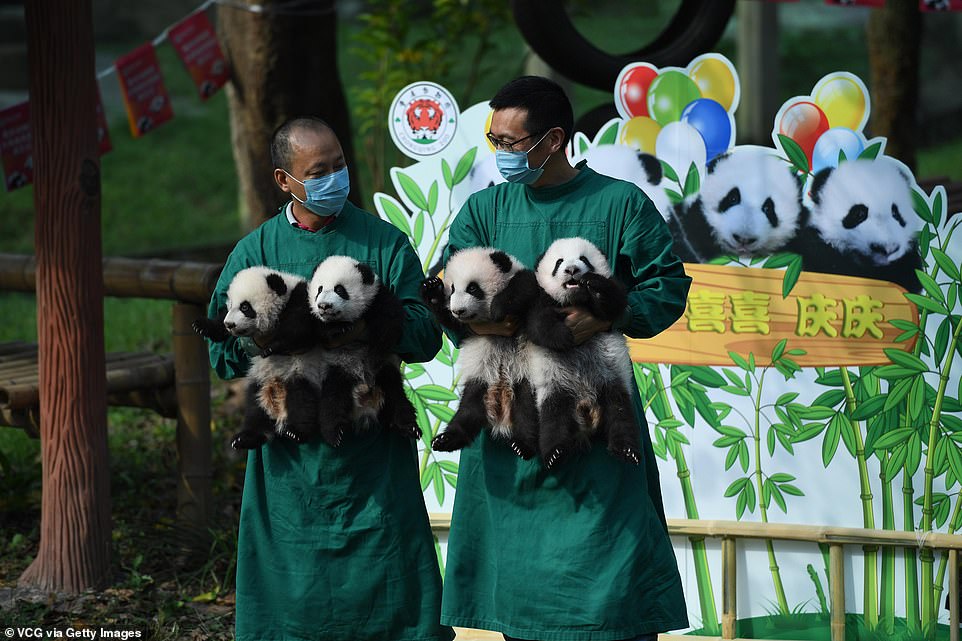 The twin cubs were born on the same day, an unprecedented event for the zoo which has looked after pandas for 60 years 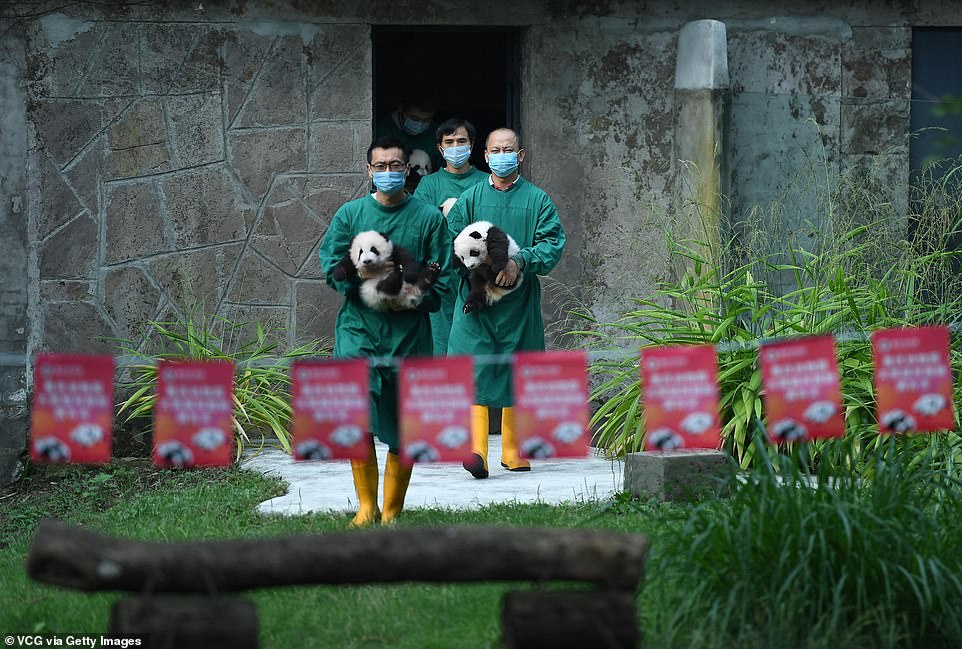 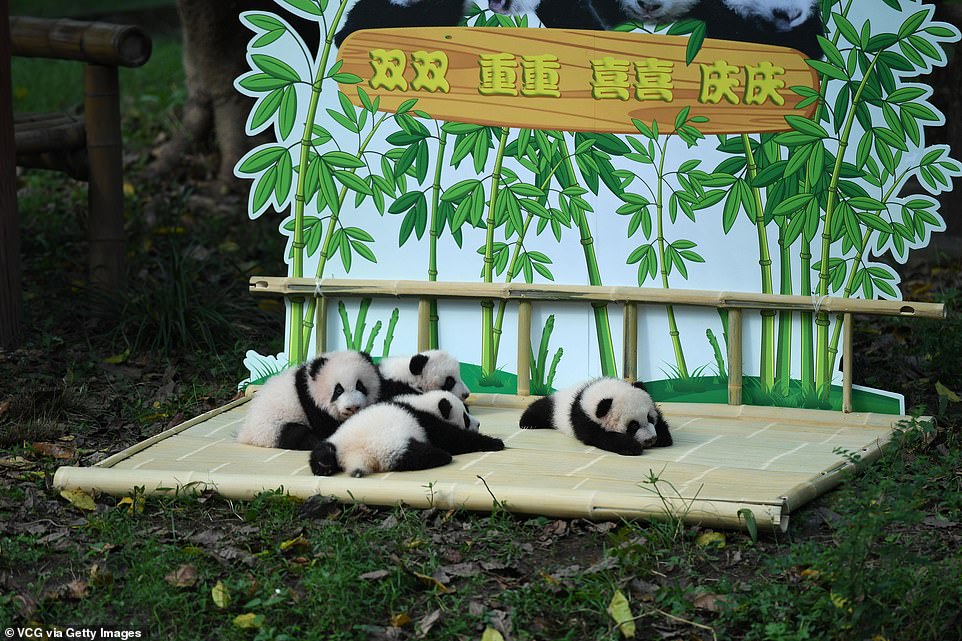 Both sets of twins were born on June 23 in Chongqing Zoo in south-western China.

‘This is the first time two pairs of twin pandas have been born on the same day in our zoo in the past 60 years,’ Yin Yanqiang, the supervisor of the zoo’s panda pavilion told China News.

Footage released by the state-run outlet shows the siblings trying to climb on top of each other after being laid on a bamboo board.

Keepers also struggled to keep the cubs still when they posed for a group picture. 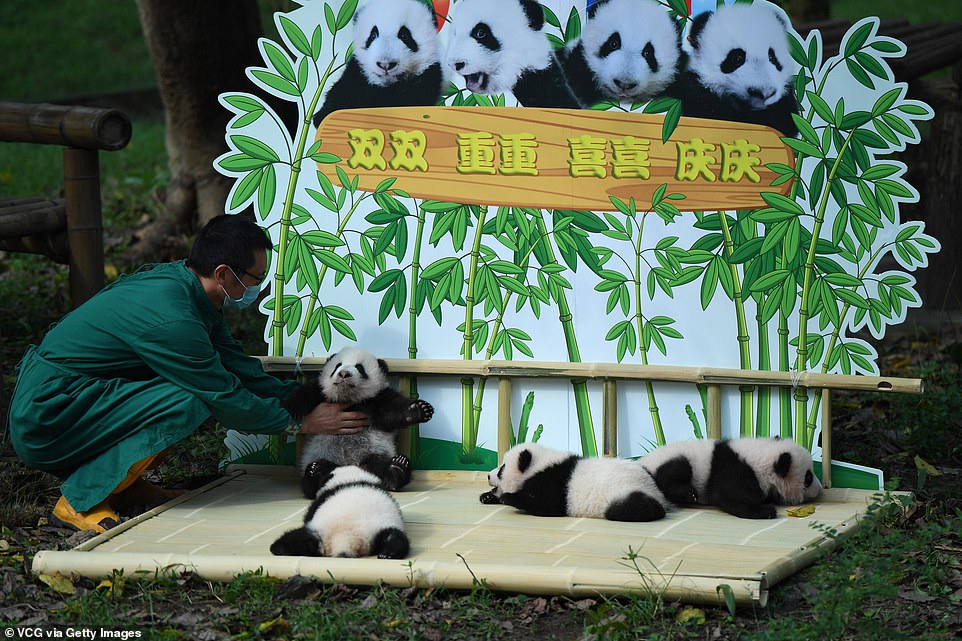 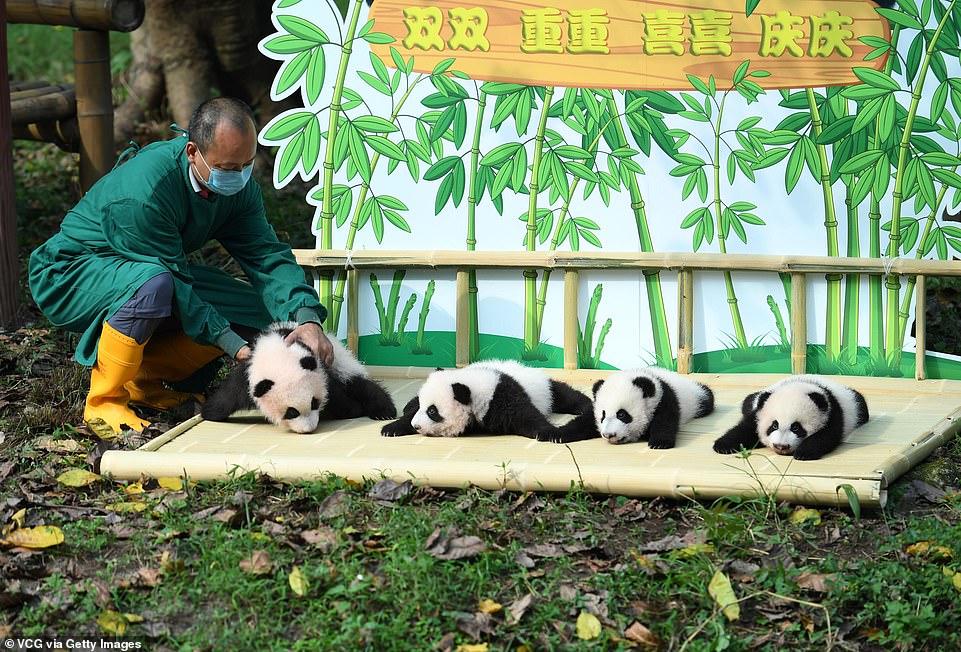 A keeper lines up the four baby pandas, all of which were born in Chongqing Zoo on June 23 and have turned 100 days old 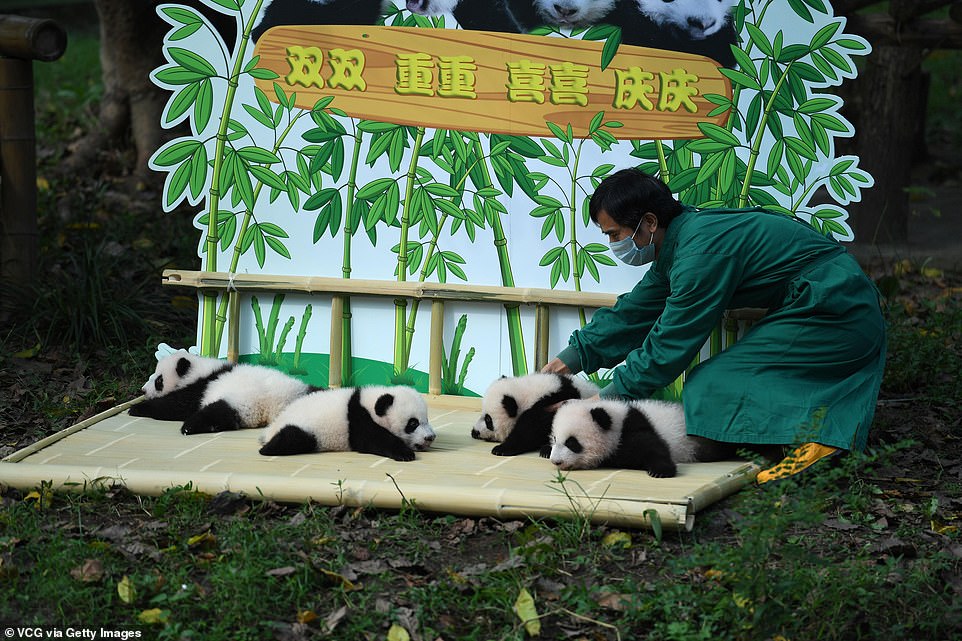 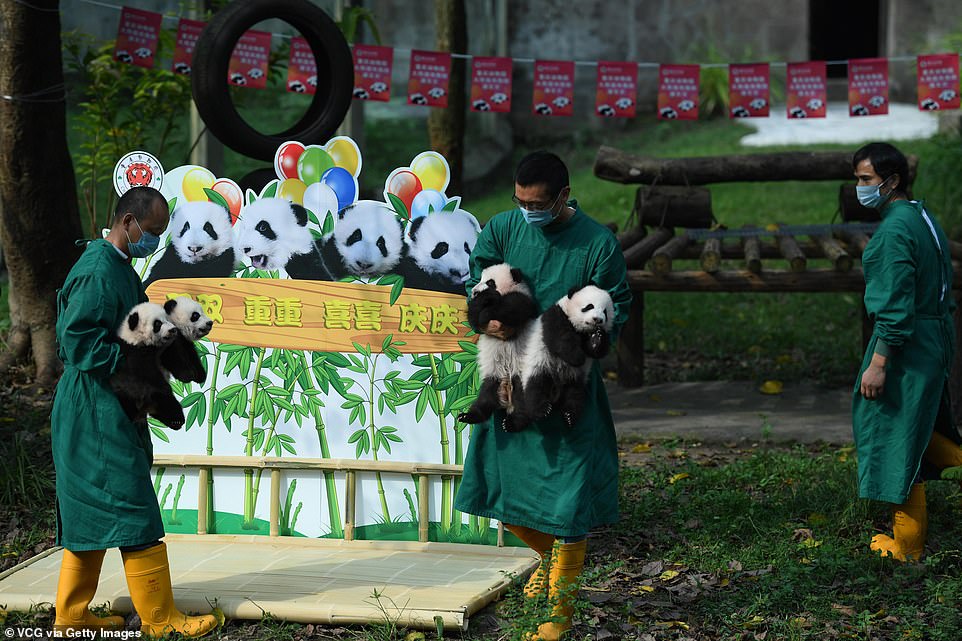 The cubs’ names were selected by the public after the zoo listed 10 sets of options on its social media account earlier this month.

WHY ARE PANDA CUBS SO PRECIOUS? 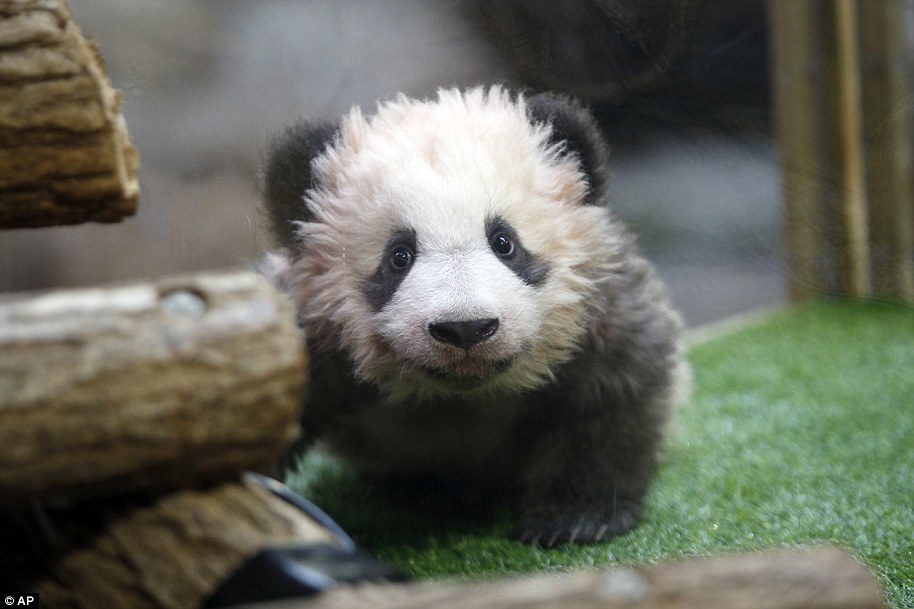 Four-month-old panda cub ‘Yuan Meng’ is pictured during its naming ceremony at the Beauval Zoo in France in December, 2017

It’s difficult for a female panda to get pregnant due to a few reasons.

Among all female pandas, only 20 per cent or so are fertile, and the other 80 per cent have trouble forming healthy eggs, according to Chen Yucun, a panda expert at China’s Strait Panda World in Fuzhou.

In addition, a female panda is only on heat once a year for about 48 hours, making it hard for keepers to arrange mating or artificial insemination.

Lastly, it is extremely rare to find male pandas which are capable of natural mating.

Only less than five per cent of the whole male panda population can do so without human intervention, according to Zhang Guiquan, an expert from the China Conservation and Research Centre.

‘So female pandas do not have much choice,’ Zhang told Shanghai Daily.