Plumber who refused to take money from a sick customer gets £80,000 in donations

Plumber who refused to take money from a sick 91-year-old customer gets £80,000 in donations and will now re-employ workers he had to lay off as he urges the world to copy his generosity

A plumber who went viral after offering elderly and disabled customers free services is hoping to spread his work across the country after receiving £80,000 in donations.

James Anderson, 52, from Burnley, saw his work go viral when a picture of his bill for £0 sent to a 91-year-old woman with acute leukaemia was posted online.

His work, which he carries out through not-for-profit company Depher, has since received support from all over the world, with offers of holidays, thousands of emails and financial support among the responses.

James Anderson, 52, (pictured) is hoping to spread his work across the country after receiving £80,000 in donations 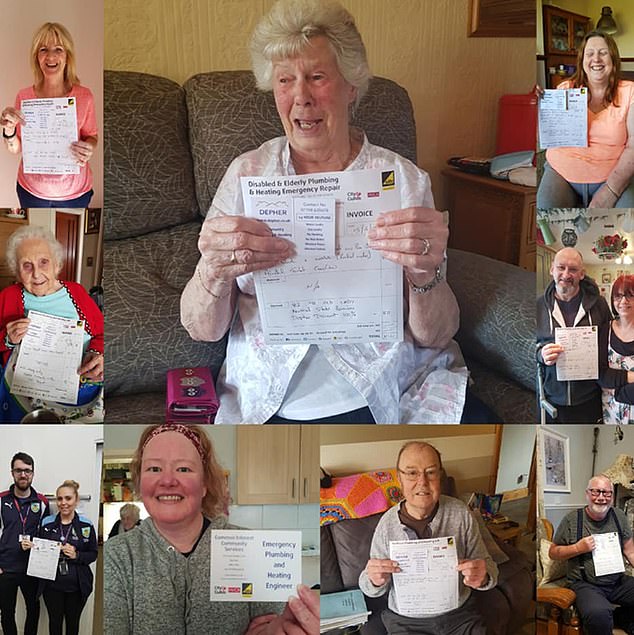 Mr Anderson said: ‘People are talking about doing it in America, France and Australia, and they’re all going to contact me to get advice and guidance as to how to do it in their countries.

‘Hopefully we can bring all communities together for one common cause across the planet, so everybody who’s elderly and disabled, not just in the UK, can benefit from something like this in society.’

On Sunday Mr Anderson confirmed that he had received £79,767 in donations since Monday, saying that before the fame ‘I’d have been lucky if I could pay my overdraft’. 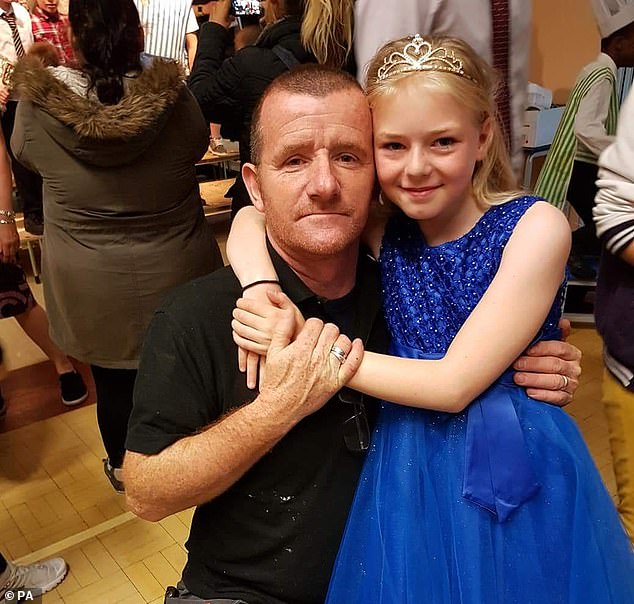 The donations mean that Mr Anderson can increase the amount of help his company offers, which extends from free to discounted service, as well as advice on what other help might be available.

He said: ‘I had to lay two of the lads off because I couldn’t afford it, then I had to go out and do the jobs myself as well as the paperwork, advertising, quotes and everything else. Now I can look at bringing them back.

‘We don’t just have to do Lancashire now. I’m going to be ringing local engineers in the wider area.

‘We’ve had companies say they’ll do all the advertising for us including a website, all free of charge. This is just the beginning of something that can be global.’ 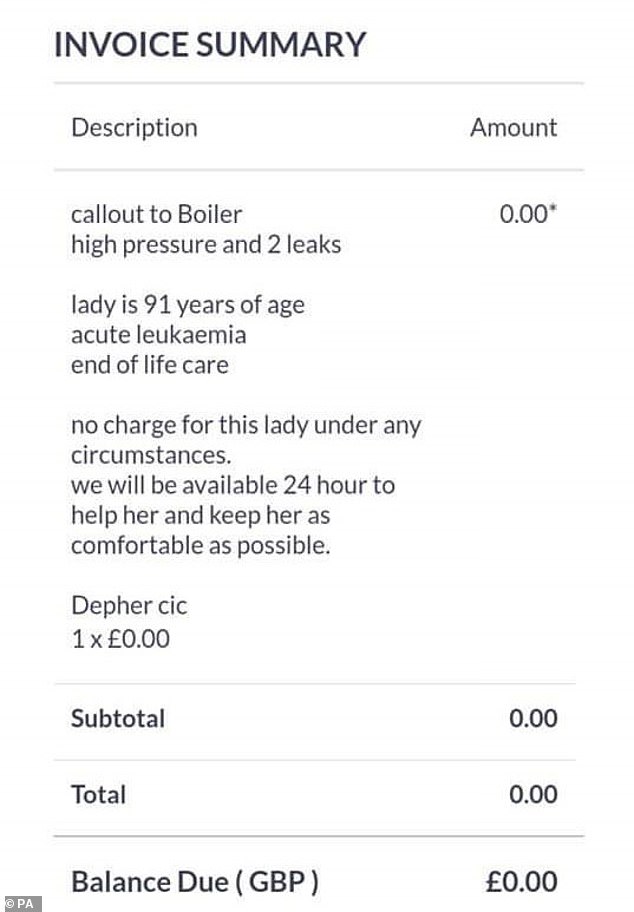 The receipt for the boiler repair (pictured) was accompanied by a note reading: ‘No charge for this lady under any circumstances. We will be available 24 hours to help her and keep her as comfortable as possible’

The coverage of Mr Anderson’s work has not only led to donations and well-wishers however, with people getting in touch to ask how they can help too.

One woman, inspired by Mr Anderson’s work, knocked on her neighbour’s door to find she had been without hot water for two years.

And while the work is focused on others, strangers have been making sure Mr Anderson is able to sustain his efforts by helping him pay off the debt he has racked up having switched to not-for-profit work.

‘That’s £3,000 off the debt, which will keep the wolves from the door until I can get some more private jobs.

‘That way I don’t have to touch the funding, which I don’t want to do.’