A neighbor of Laci and Scott Peterson along with a television reporter covering the case have revealed shocking new information about the police investigation into the mother-to-be’s disappearance and murder.

Diane Jackson was the woman who reported seeing three men outside a home across the street from the Petersons on Christmas Eve, the day she went missing.

That same home was later robbed, but police insisted that this happened at 6:30am on December 26 and not Christmas Eve, with Jackson revealing in the new series ‘The Murder of Laci Peterson’ that authorities dismissed her sighting and claims.

There is some very strong evidence against the robbery occurring two days after Laci went missing however, with KTVU reporter Ted Rowlands stating that he was in front of the house from 5am on that day, and that absolutely no break-in that occurred at that time.

Suspect behavior: Diane Jackson, a neighbor of Laci and Scott Peterson (above), saw three men outside the home of Randy and Susan Medina on December 24 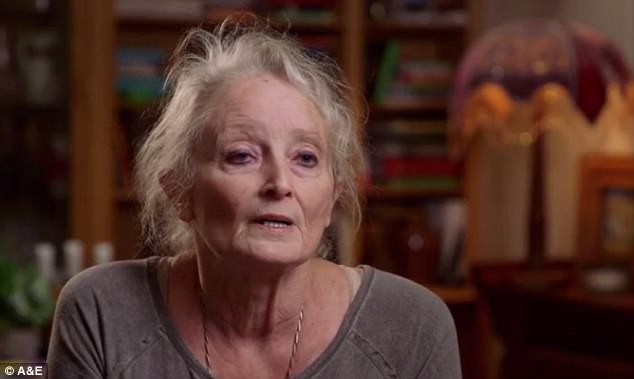 Crucial claims: The Medinas lived across the street from the Petersons, and when Jackson (above) learned that they had been robbed she told police about the men

‘The police said the burglary took place on December 26 not December 24,’ explained Rowland on the premiere episode of the new A&E docuseries.

‘The problem with that is, I was standing outside that house at five in the morning on December 26 and if the burglars were there I would have interviewed them, because there was nobody outside the front of that house.’

Rowlands then added: ‘My head was on a swivel that morning and there is absolutely no way a burglary took place on December 26.’

Reporters were in front of the house very day for the next few months, which lends more credence to Jackson’s claim that the robbers could have been the three men she saw on Christmas Eve.

‘December 24 I was on my way home and when i went by [Rudy and Susan Medina’s] house i saw people on the lawn and a van,’ explained Jackson.

‘I noticed it because they all turned around and looked at me and I thought, “Hmm, that’s weird.”’

‘I didn’t put it together until a neighbor said the Medinas just came home and their home was burglarized while they were gone and they think it was the 24th.’

When she learned later that the Medina house had in fact been robbed she said that she immediately told police, who due to the search for Laci were right outside her door.

They took her in for questioning and even hypnotized, trying to tell her at one point she had confused the men with people working in her own yard.

Jackson’s story never changed however, and the two men who were eventually arrested for the robbery were never suspects in the murder of Laci.

The premiere episode of the new six-part docuseries also recounted the final moments between Scott and his wife, as well as his last phone call to his wife on Christmas Eve back in 2002.

‘Hey beautiful, I just left a message at home. Uh, it’s 2:15 I’m leaving Berkeley I won’t be able to get to Vella Farms to get that basket for papa I was hoping you would get this message and go on out there,’ Scott says in the never-before-heard audio from Laci’s voice mail.

He then tells his eight-months pregnant wife: ‘I’ll see you in a bit sweetie. Love ya, bye.’ 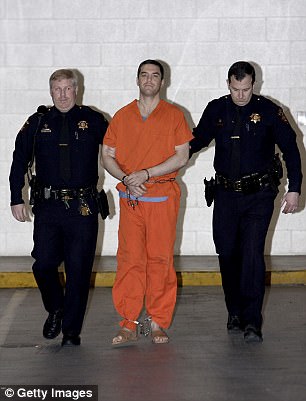 Away we go: Peterson being taken to sit on death row after his sentencing in 2005 (above)

Scott would never see his wife again however, and be taken into custody the following April when her body and the fetus of his unborn son washed up off the coast near Berkeley.

The day had started off much like any other according to Scott, who almost 14 years later recapped that day from death row.

‘I don’t know what time we got up, probably Laci got up and went in the shower, she had some cereal for breakfast,’ explains Scott, speaking from the San Quentin State Prison.

‘Eats right when she wakes up otherwise she gets sick because she’s pregnant.’

He goes on to say: ‘I laid in bed a little longer and got up at eight o’clock probably or so. We were watching her favorite show Martha Stewart. She was gonna finish cleaning up, she was mopping the kitchen floor and then she was going to take the dog for a walk.’

Scott then starts laughing to himself as he recalls his plan for the day, saying: ‘Just decided it seems too cold to play golf at the club so I just decided, you know, to go fishing.’

He left Laci shortly after 10am and never saw her again, and had an alibi for all times after that, heading first to his warehouse and then driving two hours to Berkeley for an hour of fishing before returning home.

Scott did not catch any fish that day, but a receipt proved he was in Berkeley at the dock.

It was while returning home at 2:15pm that he made that call, and when he got home he still did not think anything was amiss he realized, arriving back at his Modesto home around 5pm on Christmas Eve.

‘The only unusual things were the leash [on the dog] and the door being unlocked. I assumed she was at her moms,’ says Scott, who was speakign with his sister-in-law Janey.

‘Put my clothes in the washer grabbed some pizza from the fridge. Got milk and after I get out of the shower and put clothes on I call Sharon.’

That was at 5:17pm, and 30 minutes later Laci’s stepfather called 911 to report that they were concerned something might have happened to the 27-year-old, who was eight-months pregnant. 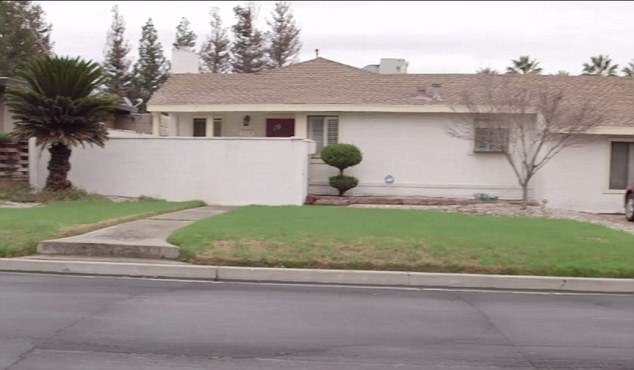 Scene: Two men were eventually arrested for robbing the Medina household (above), a crime that police said was committed on December 26 at 6:30am 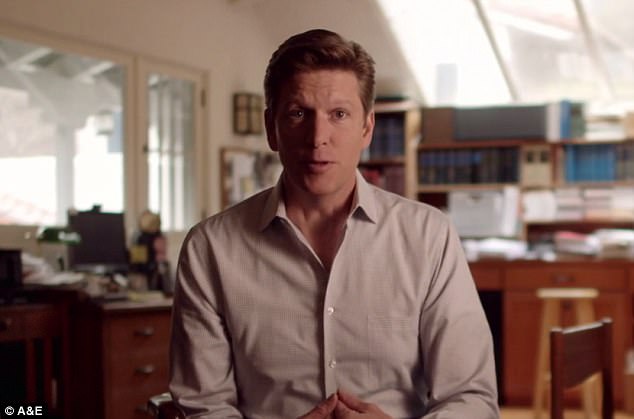 No go: That claim was outright dismissed by television reporter Ted Rowlands (above), who pointed out that he was being filmed in front of the house from 5am on that day

‘I wasn’t the last one to see Laci that day. There were so many witnesses that saw her walking in the neighborhood after I left,’ Scott says in the interview.

That claim is supported by over 11 witnesses, who say they spotted Laci out walking her dog after the time in which the prosecution later argued she had gone missing.

Prosecutors successfully argued that Laci was killed some time between the evening of December 23 and the following morning during Scott’s murder trial.

The eyewitnesses tell a much different story however, including Mike Chiavetta who claims to have seen Laci’s dog walking around the neighborhood on Christmas Eve – after Scott had left for the office.

‘After I had talked to the police man and given my statement that I had seen the dog in the park nothing was followed up,’ says Chiavetta.

‘There was over 11 witnesses who saw Laci that day, this is all while Scott is at the office and on his computer, so he’s innocent,’ argues Janey, who has been Scott’s staunchest defender from the start.

Conner’s body was discovered first, almost four months later when it washed up on the shoreline just north of Berkley in April of the following year.

There was a nylon rope around the fetus’ neck and a large cut on the body.

One day later, Laci’s body washed ashore a mile away with tape wrapped around her torso.

It was three days after the discovery of his late wife’s body that Scott was arrested by police, who picked him up in a parking lot where he claimed to be meeting his father and half-brother John – who is Janey’s husband – for a round of golf.

At the time he was in possession of multiple cell phones, $15,000 in cash, 200 sleeping pills, his brother John’s ID, a dagger and a gun.

Scott, who was 30 at the time, also had a map to the workplace of his mistress and approximately 10 Viagra tablets.

In his interview, Scott talks about Amber for the first time and explains why he continued to speak with her after his wife was reported missing.

‘The overriding reason throughout it all was she starts giving media interview, there is no more search for Laci and Conner,’ says Scott.

‘I’d just seen what happened to the search for Chandra levy. There was no more search for her.’

He then adds: ‘Every hour I could buy to keep the search going is all solved if I bring Laci and Conner home.’ 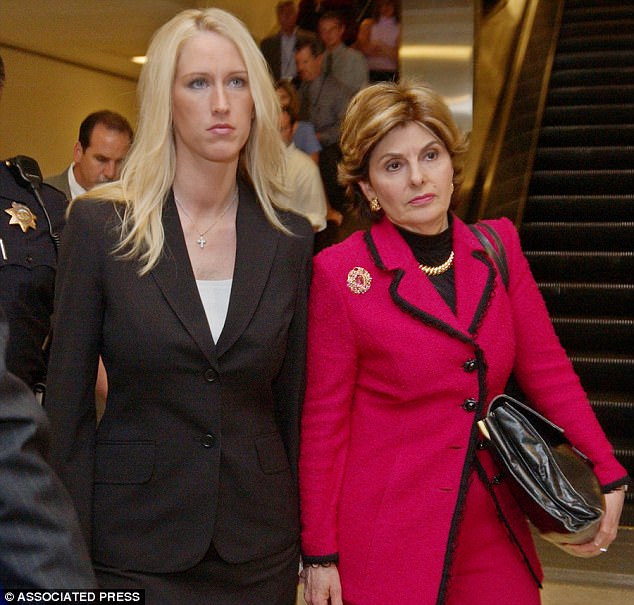 Key witness: The prosecution’s case hinged largely on the revelation made by Scott’s mistress Amber Fray (above in August 2004 with Gloria Allred), who said he never told her that he was married during their affair 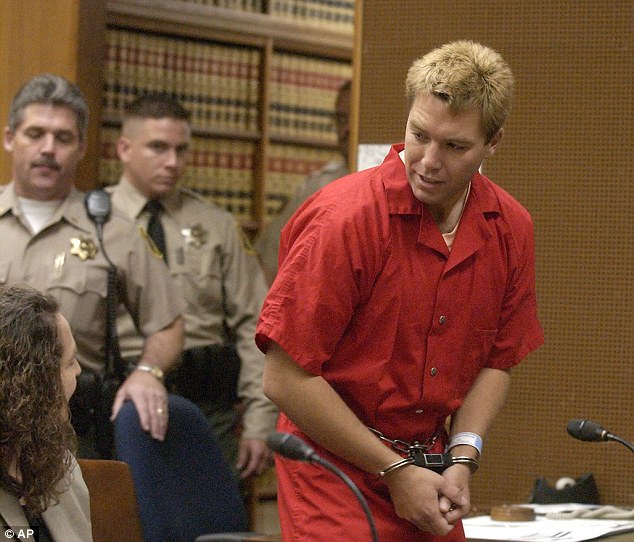 Blonde ambition: Scott’s jovial nature and decision to dye his hair blond while his wife was missing also led some to question how bereaved he actually was about his wife (above in May 2003)

Amber would eventually prove to be perhaps the most crucial witness in the case, providing the prosecution with their motive when she publicly announced that Scott had never told her that was married during their affair.

Both bodies were too decomposed to determine cause of death, which created a big hurdle given the lack of forensic evidence in the case.

‘There was no biological evidence, no forensic evidence, that pointed to the guilt of Scott Peterson whatsoever,’ argues a member of Scott’s legal team.

Scott goes even further, stating: ‘The police failed to find my family.’

The trial began in the summer of 2004 and Scott was sentenced to death by lethal injection in March of the following year.

An appeal of that decision was filed by his legal counsel soon after and is still pending after over a decade.

Scott recalls the moment he heard the verdict being read to Janey, saying: ‘It was just like this amazing, horrible, physical reaction that I had. I couldn’t feel my feet on the floor. I couldn’t feel the chair I was sitting in. My vision was even a little blurry.’

The only forensic evidence that was found by police was a single strand of hair in a pair of pliers on his boat, which Scott had been on in the hours before he returned home to report his wife missing to police.

Witnesses claimed however that he spoke of his wife in the past tense and questioned his jovial and joking nature during the proceedings, where he could often be seen smiling and joking with his team.

Scott’s decision to dye his hair blond in the weeks before his wife’s body was found also perplexed many, who questioned how bereaved he really was for the missing woman.

The defense argued however that Laci’s death was likely connected to a burglary that occurred across the street from the house she shared with Scott.

‘So it felt like a moment, I think, for him, and for his lawyer to step up and … say something about the case.’

He later added: ‘I think when you listen to the witnesses who say they saw Laci in the park, I think that will be really … that will be kind of a surprise.’

The second installment of the six-part docuseries airs Thursday on A&E.