Police swoop on a flat in a residential Birmingham street and arrest woman, 26, after man is stabbed to death

A woman has been arrested on suspicion of murder after a man was found with fatal stab wounds at a block of flats in Birmingham this morning.

Officers from West Midlands Police were sent to a residential area of the city at around 11am following reports of a stabbing.

According to the police force, the man had sustained ‘several stab wounds’ and was pronounced dead at the scene shortly after they arrived.

A 26-year-old woman has been arrested on suspicion of murder as police remain on the scene to conduct investigations. 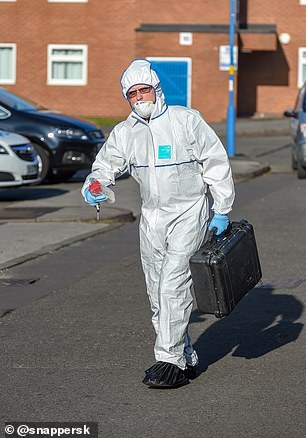 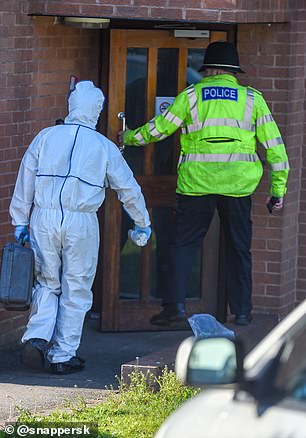 A local described three or four ambulances and about 15 police cars in the area. Forensic investigators were seen entering the flat 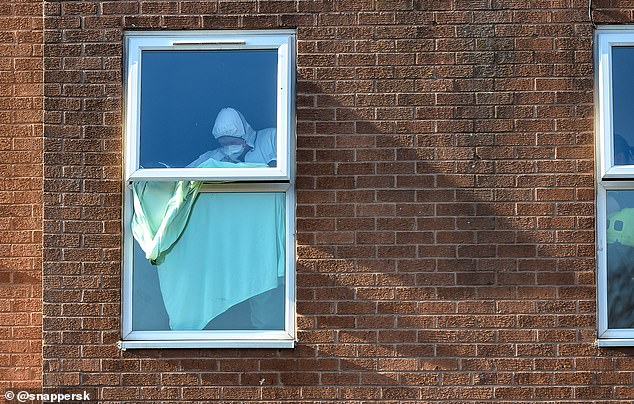 Forensic officers were noticed entering a flat in the area, before covering up one of the windows with a blanket

Officers were seen standing guard outside a flat located in an area to the south-west of the city centre this afternoon, after police sent around 15 vehicles to the scene.

Earlier today, forensic officers were noticed entering the flat before covering up one of its windows with a blanket.

One local, who lives nearby, described to Birmingham Live scenes of ‘mad panic’ as police arrived in the area.

He said: ‘There were three or four ambulances and about 15 police cars. My brother visited me and said look outside. It looks bad.’

Pictures taken at the scene show a cordon around the scene, as police conduct investigations in the area. 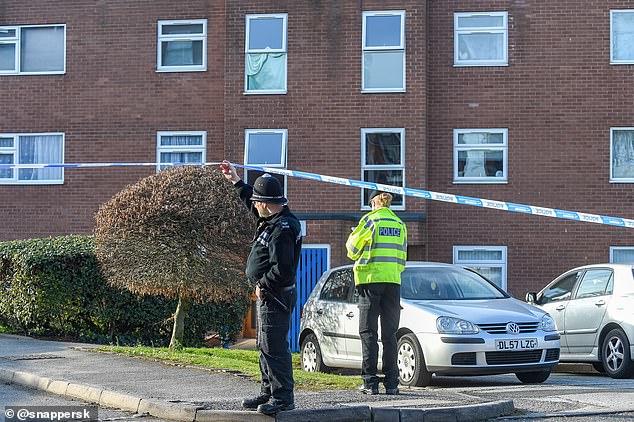 Pictures taken at the scene show a cordon around the scene, as police conduct investigations in the area 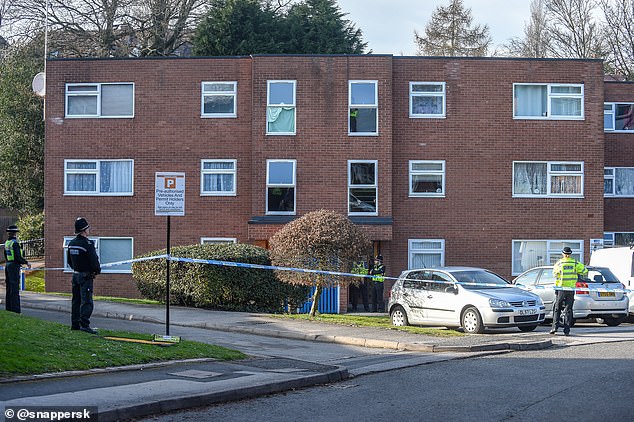 Frensham Way (pictured) is a residential street in Birmingham. It is located in the Harborne area of the city, which is located to the south-west of the city centre