PRGuy17 identifies himself as Jeremy Maluta in an interview with friendlyjordies

‘Hi, I’m Jeremy Maluta. You may remember me from such hashtags as #IStandWithDan and #ICantBelieveItsNotAStaffer,’ he told followers in a surprise post.

‘I caught up with FriendlyJordies so I could finally meet you all face-to-face. Enjoy!’ 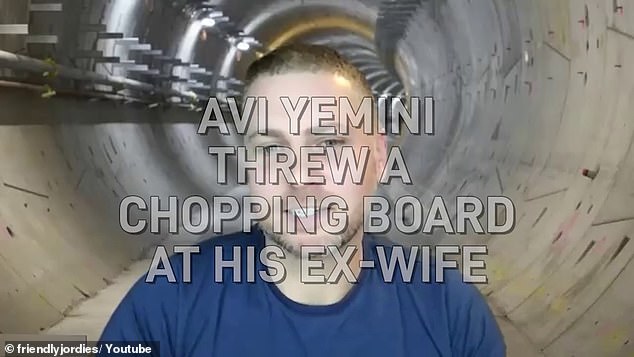 Jeremy Maluta, the man behind the PRGuy17 account, came forward in an hour long interview with Jordan Shanks on Friday

It comes amid a defamation lawsuit by Rebel News correspondent Avi Yemini to unmask the prominent Twitter user who has become well known for loudly supporting Labor Premier Daniel Andrews.

Previously, rampant speculation surrounded the PRGuy17 twitter account, with many believing the then-unknown account administrator to be a Labor strategist or someone involved with Premier Daniel Andrews.

Mr Maluta however denied any such connection in the interview.

In the interview, Jordan Shanks – better known as friendlyjordies – said Mr Maluta was ‘quite honest in (his) Twitter handle, minus the PR’.

Mr Maluta said it was a funny name as he had no experience in public relations despite the handle. 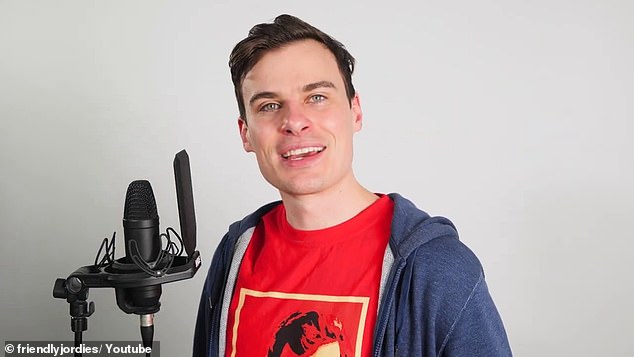 Throughout the video, a watermark reading: ‘Avi Yemini threw a chopping board at his ex-wife’ appeared over Mr Maluta’s face.

The watermark appears to reference an incident which saw reporter Yemini plead guilty to the unlawful assault of his ex-wife, having thrown a chopping board at her head.

Yemini has also repeatedly called for the identity of the person behind the account to be revealed.

On Tuesday, Justice Debbie Mortimer, presiding over the case, made orders for Twitter to hand over the basic information linked with the account within two weeks.

The information included the name of the account and email address linked to it at the date of its registration.

The court also ordered the IP addresses connected to the account at the time of its registration.

However, Mr Maluta came forward himself in the FriendlyJordies interview released on Friday.

Mr Maluta has previously appealed to his Twitter supporters for help funding his legal battle with Yemini in a GoFundMe campaign titled: ‘Help PRGuy fight for justice.

‘As you know, Avi Yemini and Rebel News have announced plans to sue me. I have an enormous legal battle ahead of me and, as you can now confirm, I’m not a secret government operative or a shadowy PR firm.

‘I’m a regular Aussie guy who is passionate about truth in journalism, social justice and the ability for all of us to speak up safely.

‘I need your help. Whatever your politics, this case is a reminder to us all that when we speak out, there can be chilling consequences.

‘Australia’s media landscape is in trouble. I spoke out during lockdowns and elections because I believed an injustice was unfolding in media coverage. Social media gives Australians a voice and allows us to have a say. I want to protect that voice,’ he wrote on the page.

He was then also at loggerheads with Yemini and far-right media platform, Rebel News.

The PRGuy17 account was behind two hashtags which took off on Twitter amongst Labor supporters, #IStandWithDan and #ICantBelieveItsNotAStaffer.

‘If it is him. I won. He outed himself after my legal action. And we’ll find out his actual connection to the Labor Party and Dan Andrews soon enough. If it’s isn’t him. We’ll know soon. But I’m suss when NOTHING shows up when you Google his name. Nothing,’ he wrote.