Overseas migration was the biggest booster to NSW’s rapidly rising population with nearly 100,000 migrants arriving in the state in the year to last September as Sydney continues to struggle to meet the housing demand.

A total of 98,782 migrants contributed to the 123,105 increase in NSW’s population growth, the highest level of annual overseas arrivals on record, Australian Bureau of Statistics figures have revealed.

Meanwhile, prices of land and housing are rising in Sydney ‘faster and higher than any other Australian city’ with Sydney needing ‘a dramatic increase in affordable land supply,’ an Urban Development Institute of Australia State of the Land Report said.

Overseas migration was the biggest booster to NSW’s population with 98,782 migrants contributing to the 123,105 increase in state population growth in the year to last September

The population gains have pushed the state’s rising population well above the projected 85,000 annual increase.

A record 38,700 new homes were built in Sydney to help meet the housing demand but it fell short of the 41,250 needed, according to the UDIA report.

Similarly, the NSW Department of Planning and Environment estimated 725,000 additional dwellings would be needed by 2036, but estimated an undersupply of 100,000.

According to one property developer, Rick Graf director of Billbergia Group, the building industry does not have the capacity to meet the demand and developers are building less housing.

‘The dramatic slowdown in major project approvals in 2016 and 2017 will prevent these building levels being achieved in coming years,’ Mr Graf told the Daily Telegraph.

Greenfield sites – areas of agricultural or amenity land considered for urban development – have only been slowly released, the UDIA claims.

The result is that land prices have doubled in just five years.

Sydney’s median land price hit $1202 per sqm in 2017, up from $580 in 2012, and substantially higher than prices across other major Australian cities. 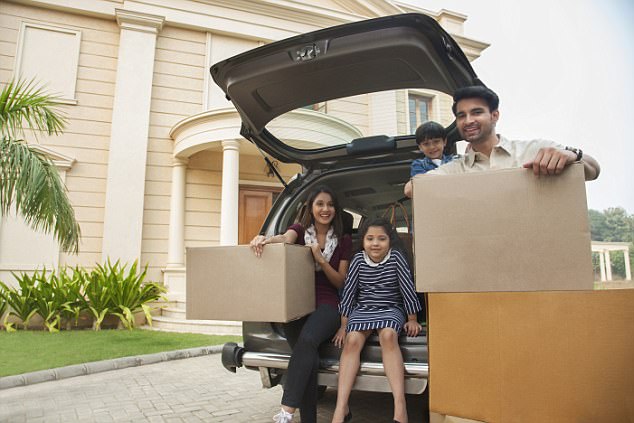 Sydney’s median land price hit $1202 per sqm in 2017, up from $580 in 2012, and substantially higher than prices across other major Australian cities

It has been projected that an additional 1.74 million people will be living in Greater Sydney by 2036, a Greater Sydney Commission Planning Review found.

Overseas migration will be a key driver of population growth, with more than a quarter of people in New South Wales born overseas, the NSW 2016 Intergenerational Report found.

However, the report found that the rise in relative housing prices ‘is expected to gradually abate, as the strong housing construction outlook translates into increased housing supply, and reduces the current imbalance between supply and underlying demand.’