Prince Charles was in excellent spirits as he hosted a Buckingham Palace event to celebrate Britain’s nurses.

The royal, 69, praised the ‘unsung and unseen’ hard work the nurses at the reception on Wednesday night.

Charles met over 350 frontline nursing staff from across the country, including first responders to last year’s terror attacks and Grenfell Tower fire.

He was joined by the Countess of Wessex, 45, who looked elegant in a red dress as she chatted to guests. 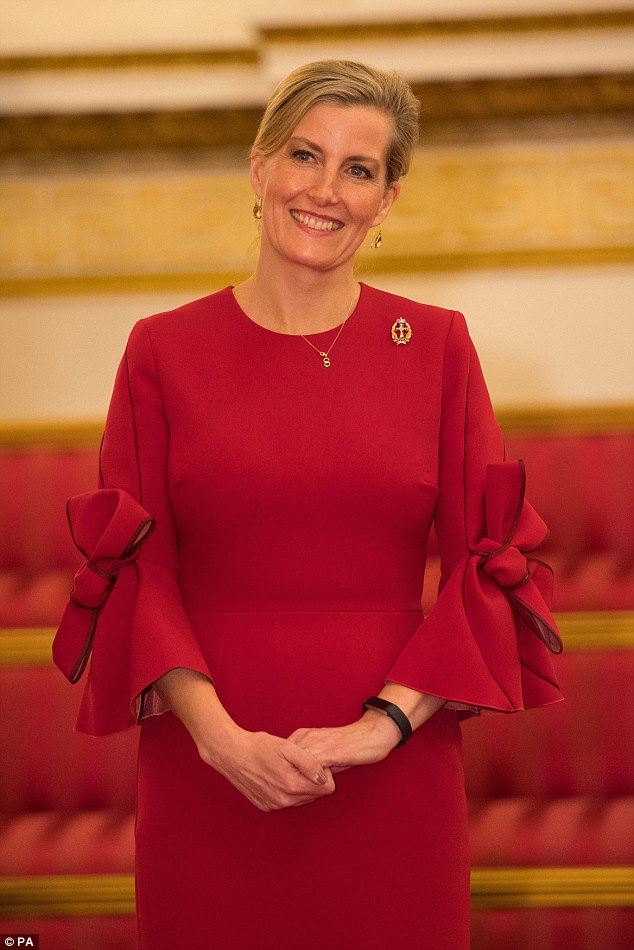 Speaking to a roomful of nurses, Charles said: ‘Having spoken to a few of you here this evening, I have been astounded by some of the stories I have heard, particularly from individuals responding to harrowing incidents.’

Sophie – who was sporting a Fitbit exercise tracking device on her left arm – opted for a red cocktail dress that featured extravagant bows at the sleeves.

She accented the outfit with a gold brooch and a delicate initial ‘S’ necklace and tear drop earrings.

The mother-of-two had her hair swept up in a chic chignon and kept her her make-up neutral with a touch of black kohl eyeliner.

Charles – who will share his 70th birthday this year with the 70th anniversary of the National Health Service – used the evening to recount one of his first hospital memories.

He said: ‘I was rushed to Great Ormond Street with a rapidly expanding appendix. I have never forgotten how wonderful I was looked after by the nurses there.

‘In fact, when I went to go back home to Windsor Castle, I didn’t want to leave.’ 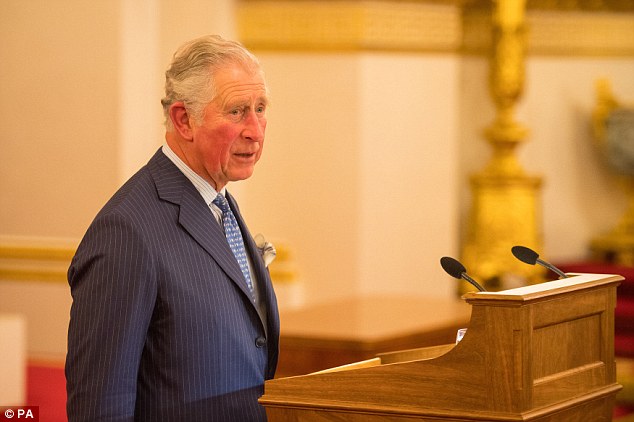 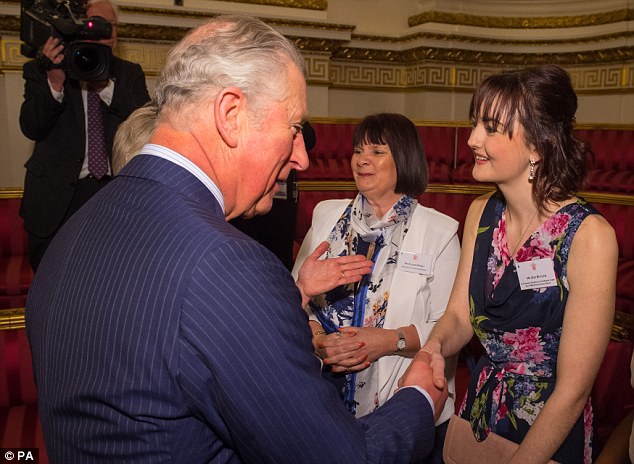 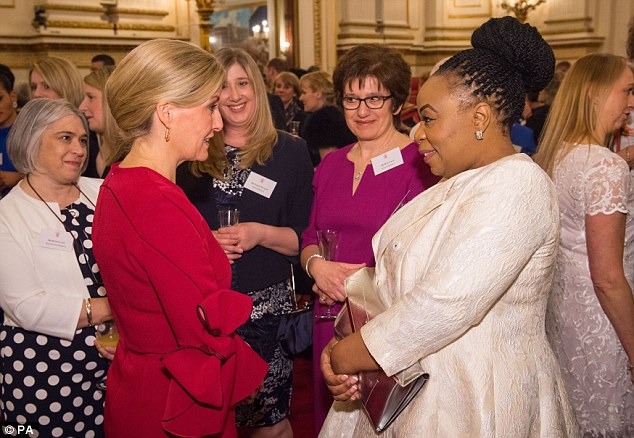 Melanie Davies, who won the Royal College of Nursing’s 2017 Nurse of the Year award, said: ‘I just can’t believe it. I’m speechless. It is just such a privilege to be here.

‘Nursing is always in the headlines for the pay, or lack of, so it’s just nice to be acknowledged. We are doing a great job.’

Talking to Zoe Butler, who won Student Nurse of the Year in 2017, he brought up the issue of how fewer people are choosing to enter the profession.

Ms Butler said: ‘He brought up the issue of the recruitment crisis.

‘It is really nice they are bringing the younger generation into the event tonight, especially with the recruitment issues nursing is facing.’ 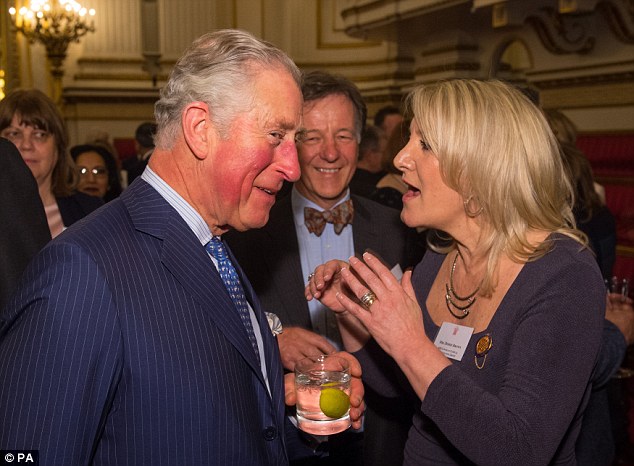 Charles, meeting with Debbie Brown of Lewisham Clinical Commissioning Group, cracked jokes with his guests as he carried a light refreshment as he wandered the room 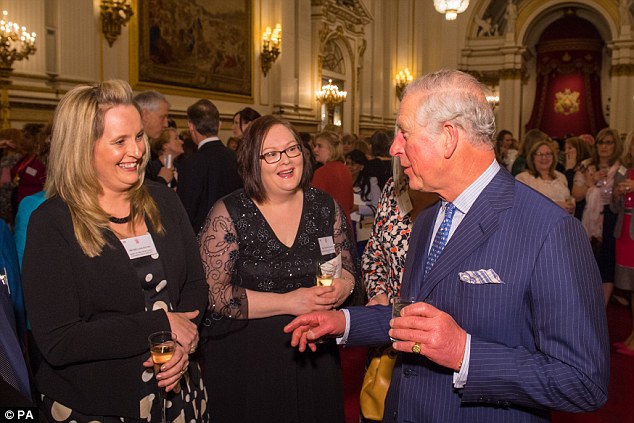 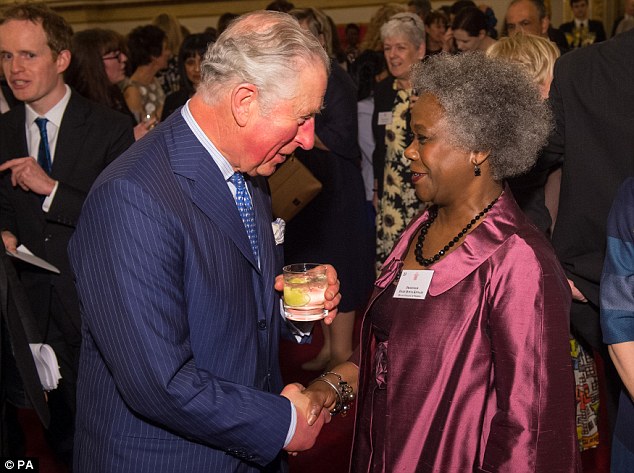 Ms Butler, who is actively seeking new ways to encourage young people to enter the profession, added: ‘It is humbling to be here – and quite bizarre. I have only been a nurse for six months, so to be asked to come to the palace was amazing.’

One guest, Josie Barcial, a care home nurse from Oxfordshire, had a particular reason to be excited at the event.

‘I told him it was because I wanted to see Buckingham Palace! And here I am this evening. I can’t quite believe it.

‘My career gave me my biggest wish. I’m so delighted.’