She’s due to be marry her fiance Jack Brooksbank in a matter of months.

And Princess Eugenie, 28, certainly wore her heart on her sleeve – or rather her head – when she attended a garden party at Buckingham Palace this afternoon.

The 28-year-old royal wore a statement hat with the word ‘love’ emblazoned on the brim for the formal occasion.

Eugenie’s black headgear certainly stood out, as it also featured a net that concealed part of her face.

Princess Eugenie, 28, wore a quirky hat with the word ‘love’ emblazoned on it at a garden party at Buckingham Palace on Thursday

The kooky hat cost £230 from Misharada and had the word ‘love’ written onto it in silver beads.

She wore the daring hat with a navy dress that featured large bell sleeves pulled up to her elbows.

The dress had an asymmetrical hem and was cinched in at the waist, showcasing Eugenie’s trim figure. 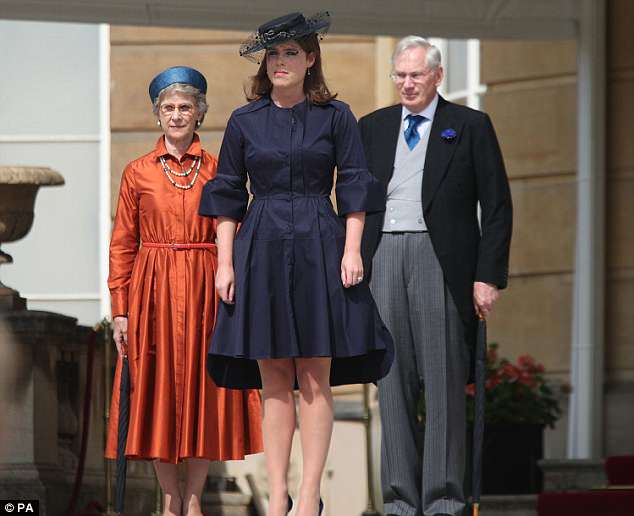 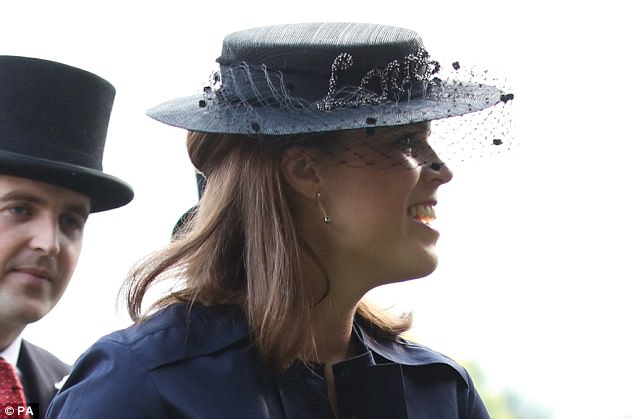 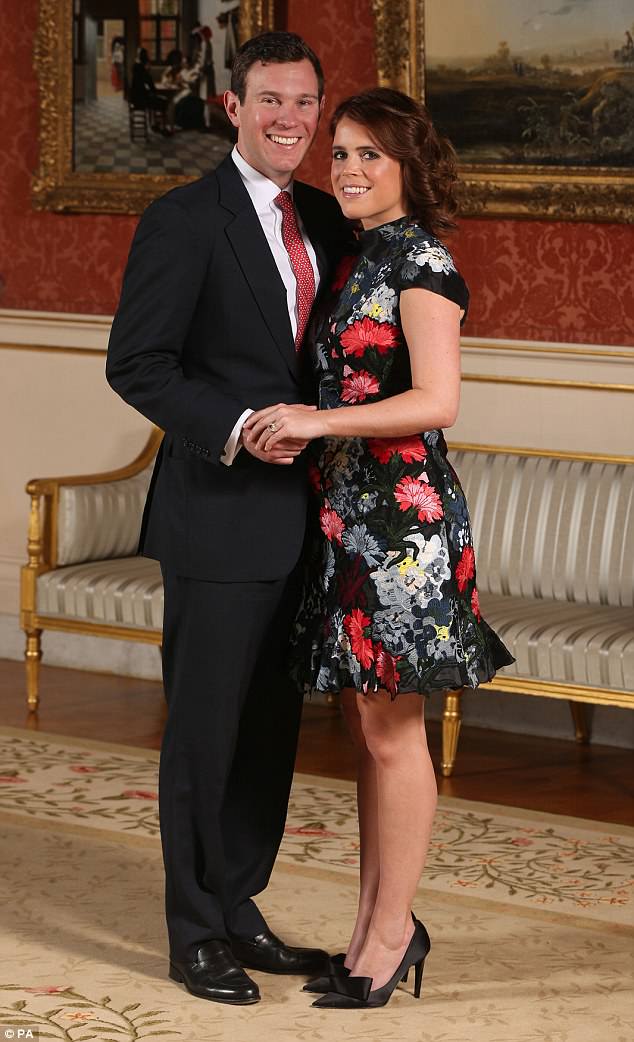 Princess Eugenie will tie the knot with fiance Jack Brooksbank, pictured, in October

The garden party was attended by several senior royals, including the Queen and Eugenie’s cousin the Duke of Cambridge.

Her majesty, 92, channeled her inner rockstar in a pair of stylish shades for the occasion.

She donned a turquoise and teal coat dress and demonstrated her sartorial flair by adding the trendy shades. 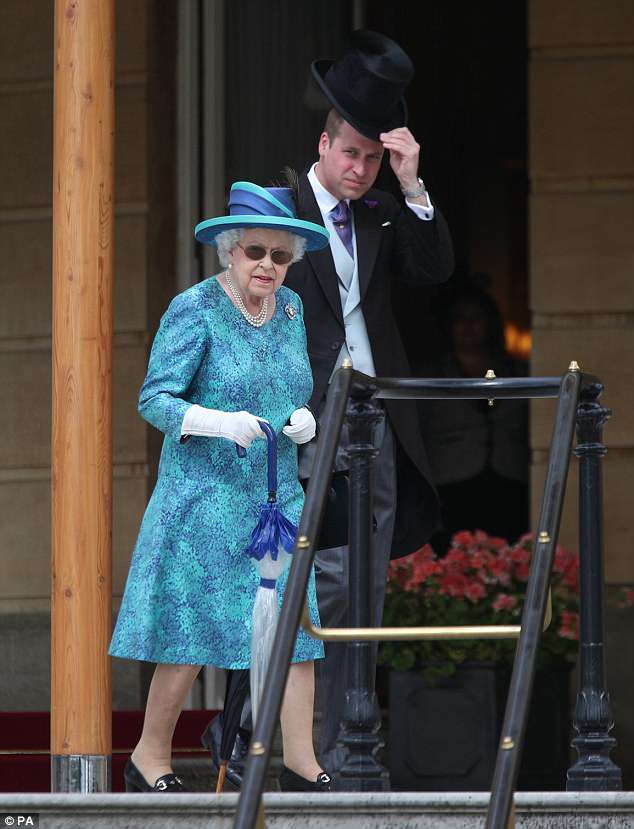 The Queen, 92, was joined by grandson Prince William , 35, at the event recognising the work of hundreds of community leaders 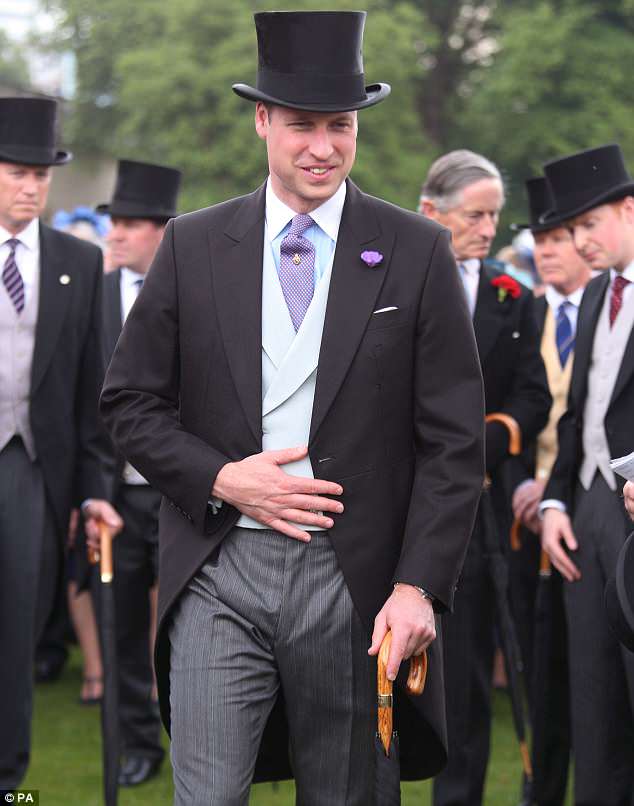 Dapper: Prince William donned a morning suit for the reception in the palace grounds 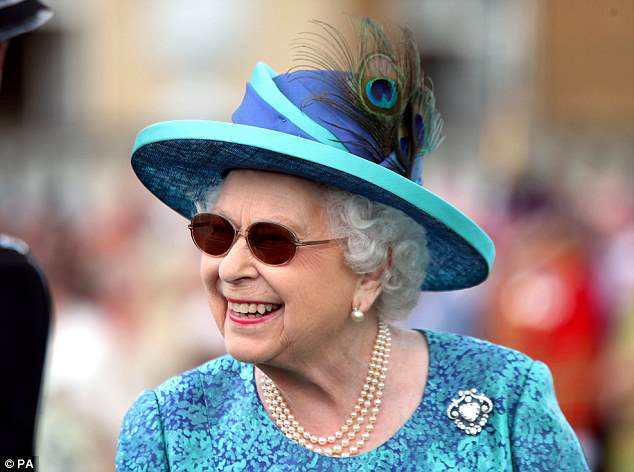 Feathered flair: She added a peacock feather in the brim of her hat to tie the outfit together 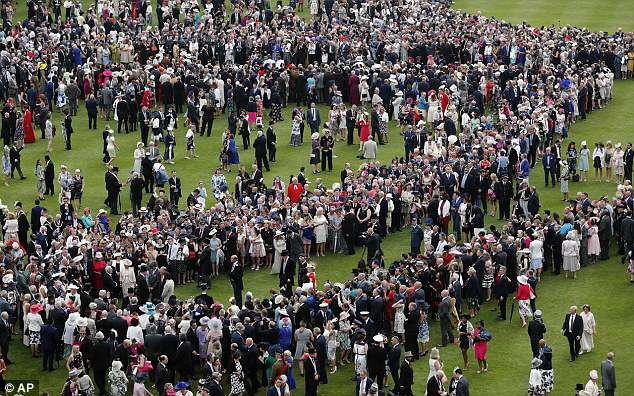 Sprawling: Hundreds of guests gathered for the garden party at Buckingham Palace today

Meanwhile the Duke of Cambridge, who welcomed his third child Prince Louis last month, looked dapper in a top hat and tails.

It is the second garden party hosted by the Queen so far this summer, with two more scheduled for June and July.

The garden parties serve are an important way for The Queen to speak to a broad range of people from all walks of life, all of whom have made a positive impact in their community.

Over the course of each year, The Queen welcomes over 30,000 guests to spend a relaxed summer afternoon in the beautiful gardens of Buckingham Palace or the Palace of Holyroodhouse. 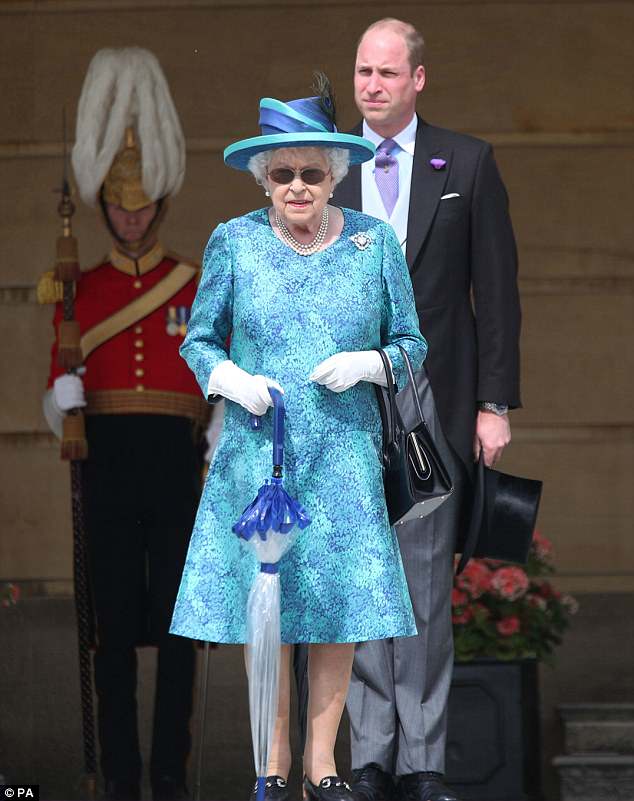 Respectful: The Duke of Cambridge removed his hat as he followed his grandmother the Queen into the event 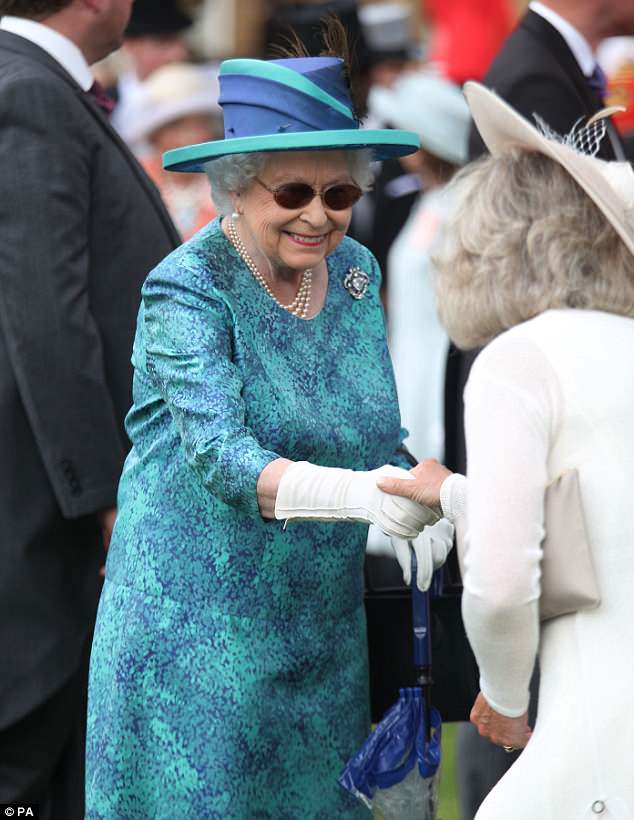 Meet and greet: The Queen smiled as she shook hands with a woman dressed in white 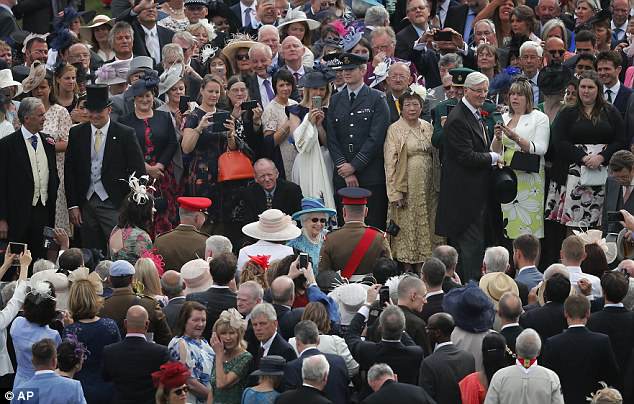 Well-wishes: The Queen beamed as she spoke to one uniform officer during the walkabout

The monarch looked in excellent spirits as she mingled with hundreds of royal supporters, many of whom stood in crowds four-people deep to catch a glimpse of Her Majesty.

Photographs from the sprawling event show guests jostling for position and raising their mobiles to snap a photo as she walked past.

The Queen also spent time speaking to a number of the invitees, including a uniformed policeman and his wife. 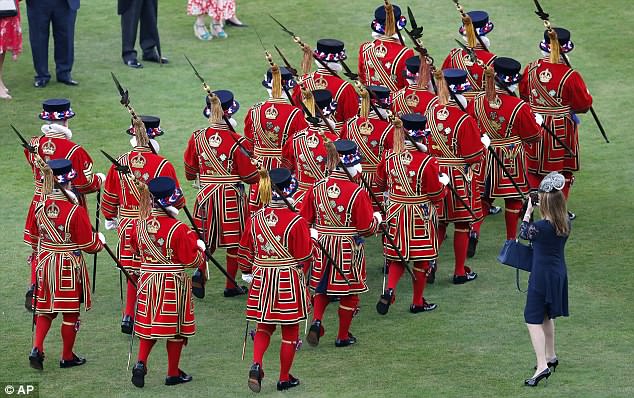 Getting up close: One young woman broke with the crowd to take a photo of the procession 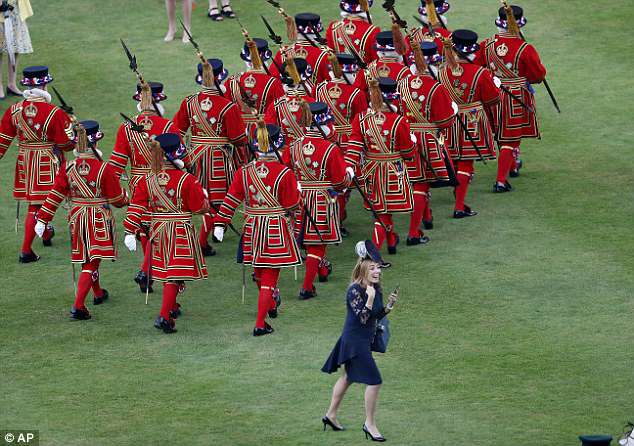 Delighted: She appeared very pleased with her snap and ran back to share the story