Lisa Wilkinson and a panel of Channel Ten stars have slammed Annastacia Palaszczuk and said she ‘should be ashamed of herself’ for denying a loving son one last chance to see his dying father in hospital.

Mark Kilian and his wife Anneli flew from Los Angeles to Sydney on Tuesday, after being granted a travel exemption by the federal government and NSW Health.

But when the Kilians tried to leave NSW on a $15,000 private charter plane, they were refused a quarantine exemption by Queensland Health officials, despite being fully vaccinated as well as vowing to wear full PPE and enter quarantine straight afterwards.

Mr Kilian’s 80-year-old father Frans weighs just 44kg and is dying of pancreatic cancer at hospital on the Gold Coast.

Queensland Health has since rejected the couple’s quarantine exemption application multiple times even though they are both fully vaccinated and even offered to wear hazmat suits and tracking devices during their visit.

An infuriated Wilkinson asked ‘Queensland Health, what are you doing?’ after speaking to the couple on the Project.

Mark Kilian and his wife Anneli flew from LA to Sydney on Tuesday and were granted a travel exemption by Border Force and NSW Health. But they were then refused entry to Queensland 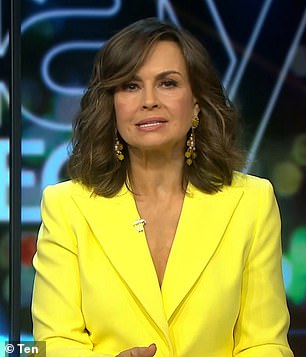 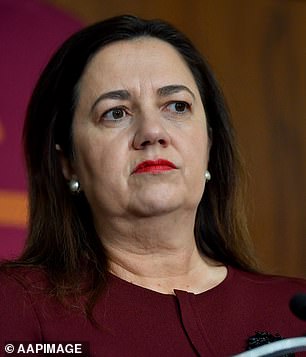 ‘When you look at everything they’re prepared to do, Queensland Health is completely absolved of any issues, wearing hazmat, charting flights, in and out just to say goodbye to the father,’ she said.

Co-host Peter van Onselen called the matter ‘disgusting’ and urged the Queensland Premier to step in.

‘The Queensland politicians can’t hide behind the health advice on this, they have the right to make exemptions and they do it all the time,’ Van Onselen said.

‘The Premier gave herself an exemption to get the Pfizer vaccine to be able to go to the Olympics because of the turnaround time compared to AstraZeneca.’

He pointed out that Palaszczuk’s government also grant exemptions for diplomats, CEOs and movie stars who are allowed to quarantine at home.

‘This is a failure and a disgrace by the Queensland Premier. Anastacia Palaszczuk, if she is watching, she should be ashamed of herself,’ Van Onselen said.

‘With the stroke of a pen she could this and fix it tonight so that family get to see their father.

‘It is utterly beyond disgrace.’

Wilkinson said: ‘I reckon everyone watching this everyone would with you.’ 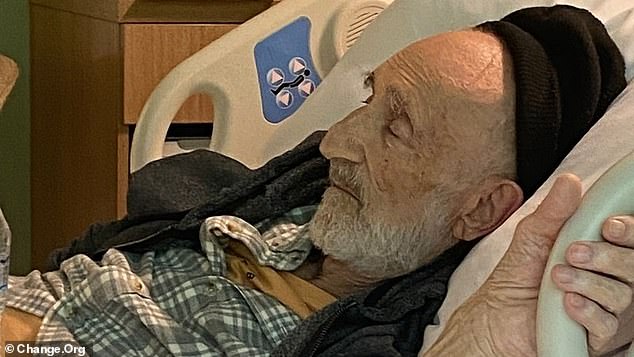 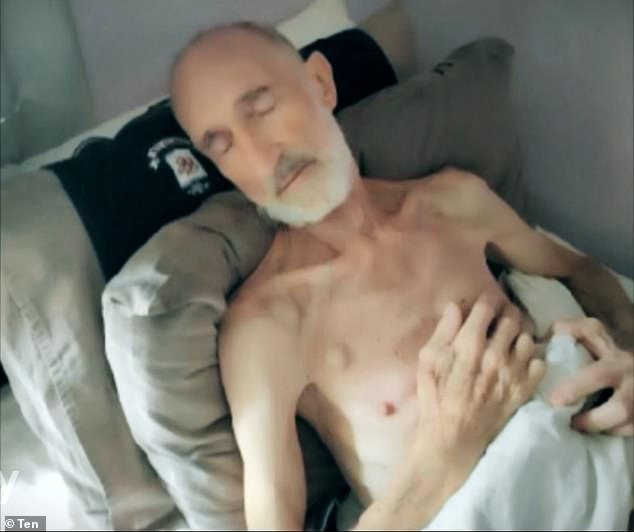 Channel Ten’s Peter van Onselen said: ‘This is a failure and a disgrace by the Queensland Premier. Anastacia Palaszczuk, if she is watching, she should be ashamed of herself.’ Pictured: Franz Kilian at a Gold Coast hospital

South African born Mark Kilian has had a successful and eclectic film scoring career since moving to Los Angeles in 1994 – even working with such names as Martin Scorsese.

Should Mark Kilian be allowed into Queensland to visit his dying father?

‘My dad’s condition deteriorated rapidly where we knew we needed to get on the next plane we could,’ Mr Kilian said.

They were granted exemptions by federal authorities and the NSW government to fly from LA to Sydney, but once they tried to travel across the border, Queensland Health said no.

Ordinarily, the couple would have to complete two weeks of hotel quarantine, but is feared the beloved dad will not survive that long.

The couple would be escorted to his bedside in full hazmat suits, with both fully vaccinated, before being taken to complete hotel quarantine.

A charter flight is paid for and ready to take them door-to-door to see Mr Kilian.

‘Every time we call him, the first words out of his mouth are ‘when are you coming?’ Ms Kilian said.

The couple remain in hotel quarantine in Sydney and have been rejected four times by the Sunshine State who offered ‘cold-hearted responses time and time again’.

‘Our sympathies are with the family however these are clinical decisions that are necessary to keep Queenslanders safe,’ Queensland Health said in a statement.

With time running out they have pleaded with the Palaszczuk government for an exemption on compassionate grounds – offering to charter a private jet, wear hazmat suits and even tracking devices.

‘My father is an Australian citizen. He is one of their constituents. All he is asking is that he has the opportunity to say goodbye to his children, his son and his family and that we can all be there for that last moment,’ Mr Kilian said.

‘We are watching him fade away. His heart is also broken because he was hoping to see us.’

The couple have now launched an online petition named: Please help me say good by to my dying father.

So far it has received about 30,000 signatures.