‘Novak Djokovic will have to be vaccinated if he wants to continue playing at the highest level’: Rafael Nadal warns rival he cannot refuse coronavirus vaccine if it helps kickstart ATP tour following Serbian’s ‘anti-vaxxer’ stance

Rafael Nadal has warned Novak Djokovic that he cannot be exempt from taking a Coronavirus vaccine, if that is what it takes to get the ATP Tour out of hibernation.

As a warning was sounded that a normal version of next year’s Australian Open already looks out of the question, Nadal addressed the issue of potential rules which may have to be brought in for the circuit.

Were a vaccine to emerge, and there be a requirement for all players to take it, then the Serbian’s ‘anti-vaxxer’ beliefs should not be a factor, according to his rival.

‘If the tour obliges to vaccinate to be able to travel in order to protect everyone, Djokovic will have to be vaccinated if he wants to continue playing at the highest level,’ Nadal told La Voz de Galicia.

‘Everyone, me too. Each one will have to comply, exactly like now we have to stay home. If the ATP or the forces us to get a vaccine to play tennis, then we will have to get it.

‘Just as we have restrictions on not taking too many medications for obvious doping control issues. It is a matter of following the rules.’

The extent of the problems the main tours could have in returning quickly was emphasised when Craig Tiley, TA’s Chief Executive, reviewed the chances of the Australian Open happening in the second half of next January. 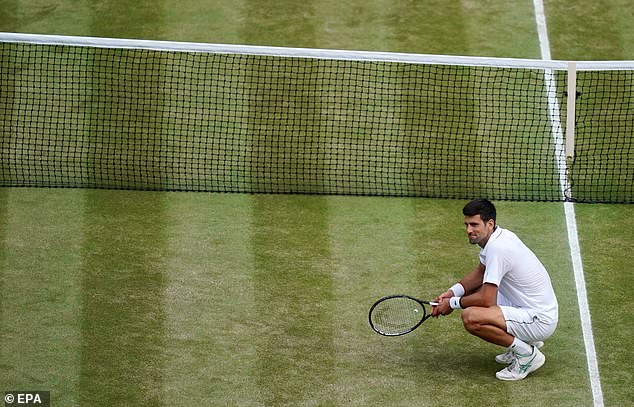 They have been modelling various scenarios, the most pessimistic of which is cancellation. But even the most optimistic assessment suggests a very different tournament in 2021, more than seven months from now.

It appears they wish to minimise, temporarily, the international dimension to an event which draws people from all over the world.

Tiley told AAP: ‘Our best-case scenario at this point is having an AO with players that we can get in here with quarantining techniques and Australian-only fans.’