Rangers made the minimum fuss of in completing in the job against FC Midtjylland as they cruised into the Europa League play-offs with a 3-1 Ibrox win.

Steven Gerrard had warned his team to beware of the Danes after seeing Celtic get sucker-punched out of the Champions League by Cluj on Tuesday night.

But the Light Blues made sure to kill the tie early as two goals from Alfredo Morelos either side of a Sheyi Ojo strike sealed a 7-3 aggregate triumph. 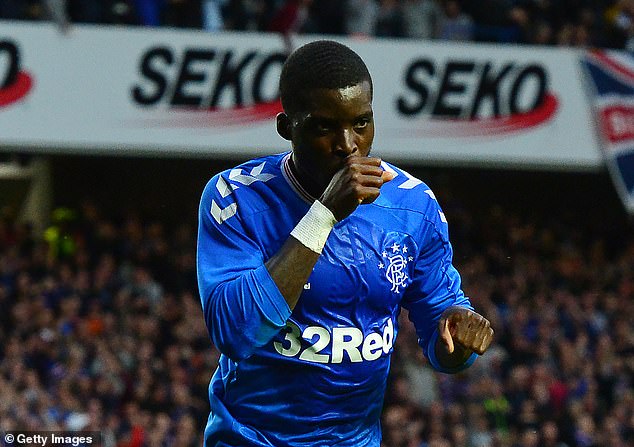 Sheyi Ojo, who is on loan from Liverpool, added a second as Rangers killed off the tie early on 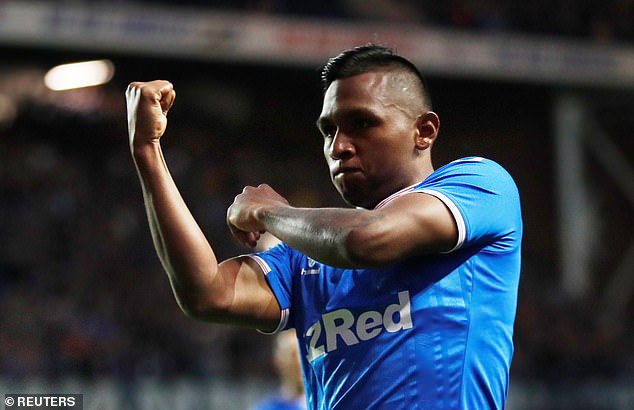 The only blot on the night came late on as Evander Da Silva Ferreira was allowed to pull one back for the Wolves.

But it was a display that would have impressed Andy King – watching from the directors box as he waits to seal his loan switch from Leicester – and now sets up a showdown with Legia Warsaw of Poland as Gers look to qualify for the group stage for the second year running.

And having followed up last week’s four-goal romp in Denmark and the 6-1 pasting of Hibernian on Sunday with yet another routine win, Gerrard will be quietly confident of his team’s chances.

Jermain Defoe was the hat-trick hero at the weekend but it was back to the bench for the veteran Englishman as Morelos returned alongside Scott Arfield and Glen Kamara. 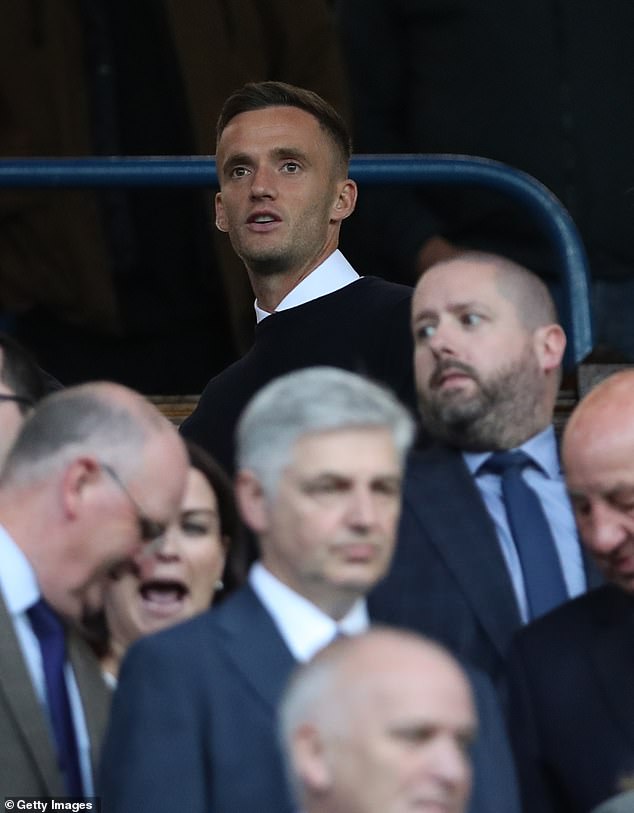 The visitors would have been relieved to see Joe Aribo and Jordan Jones also drop out having spent so much of last week’s first leg chasing the pair.

Their mood might have brightened considerably had Mikael Anderson found the corner of Allan McGregor’s net with barely two minutes gone.

He flashed wide but it was a reminder for Rangers that the tie was not yet put to bed.

Thankfully for Gers, there was no doubting their place in the next round by the 14th minute as Morelos fired the opener.

Former Celtic defender Erik Sviatchenko was left looking like he was running through sand as Ojo galloped onto Arfield’s ball down the line.

As the winger looked up he could see Morelos wrestling for space with Rasmus Nicolaisen. It was the Colombian who won that battle of wills before showing his composure as he sidestepped the defender to ram past Jesper Hansen.

Morelos and Ojo then swapped roles as number two arrived six minutes before the break.

Arfield’s sheer tenacity took him past two Danish players before he dived in against Alexander Scholz as he refused to give up the ball. It was a clean tackle and he was soon up to spray wide to Morelos.