Nearly 200 film posters, more than 100 books and an Aston Martin DB5 will go on display at Sotheby’s auction house ahead of a series of James Bond sales.

Across four sales, Bond On Bond Street will trace 007 from the pages of Ian Fleming’s debut novel Casino Royale to his 60 years on the big screen.

This poster for the latest James Bong film, No Time to Die, will feature as part of a huge sale of James Bond film posters, books and other memorabilia at Sotheby’s auction house later this month and next month as part of the Bond on Bond Street event

The event will feature the sale of many valuable editions of Ian Fleming’s famous spy novels including this 1962 first edition of The Spy Who Loved Me which includes an inscription to Robert Kennedy, the brother of then US President John F. Kennedy 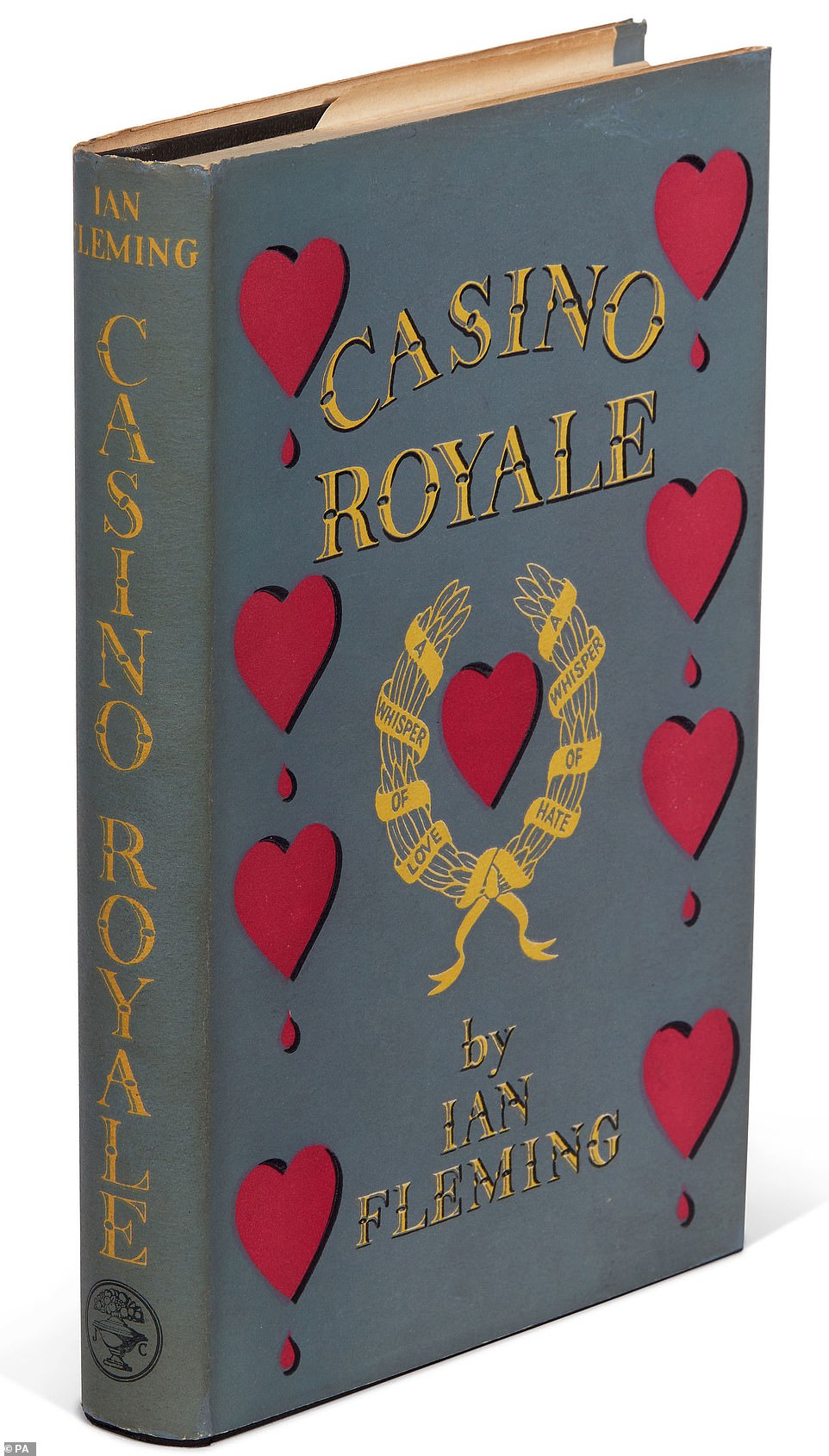 The sale will also feature this presentation copy of Casino Royale which is a first edition and expected to fetch up to £70,000

The first sale to open will be a rare collection of Fleming books assembled by a single owner, including a final revised typescript of the fourth Bond novel Diamonds Are Forever.

Almost every page features autograph revisions, showing Fleming’s working practices as he honed the book into its final shape.

The sale will also feature a first edition copy of Live and Let Die which was presented to Winston Churchill and includes the note ‘To Sir Winston Churchill, From whom I stole some words’. The book is expected to fetch between £50,000 and £70,000. 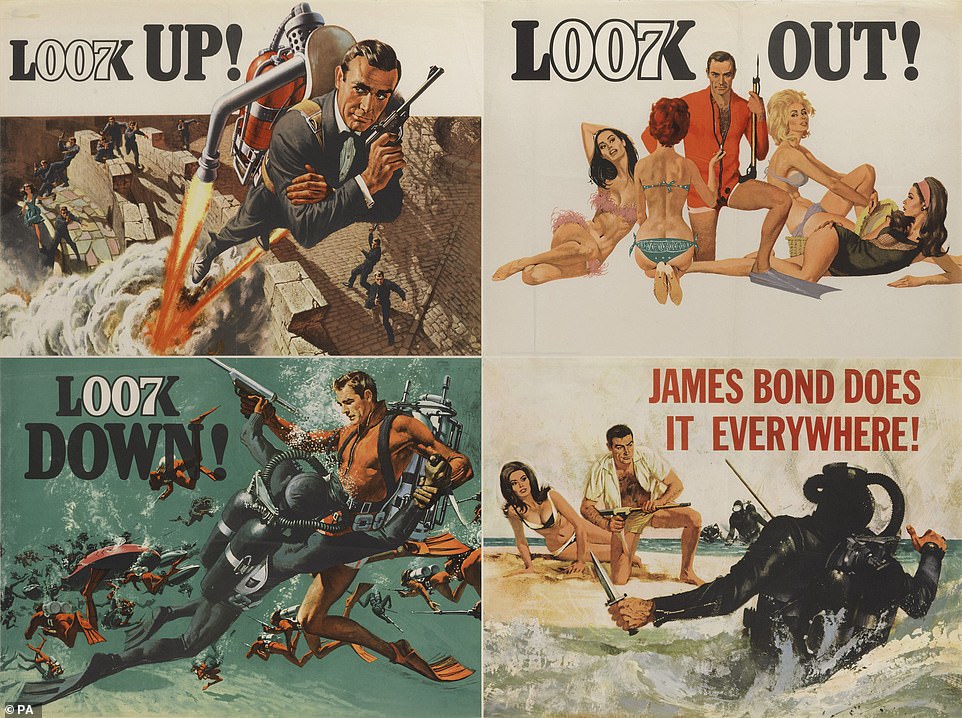 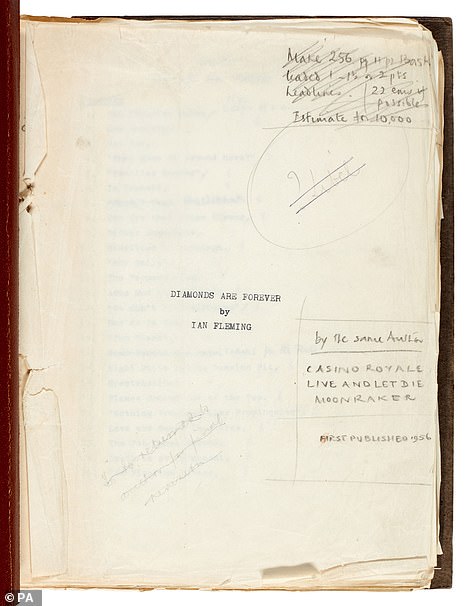 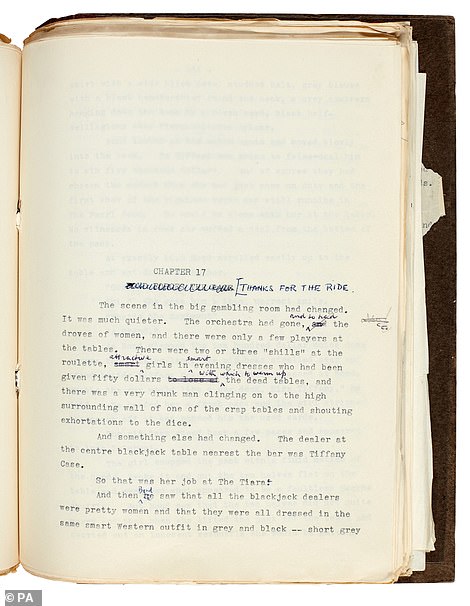 The sale will include a final revised typescript of the fourth Bond novel, Diamonds Are Forever which features handwritten notes showing Fleming’s work to hone it into the finished product. It’s estimated value is between £80,000 and £120,000

A first edition presentation copy of Moonraker, inscribed by the author to detective fiction writer Raymond Chandler, is expected to sell for between £70,000 and £100,000.

It sheds light on Chandler’s role in convincing a disillusioned Fleming to continue with the character of Bond following the publication of Moonraker.

Mitchell Hooks’ artwork for the first Bond film poster, worth between £15,000 and £25,000, depicts Sir Sean Connery’s 007 with a smoking gun, surrounded by four Bond girls in various states of undress. 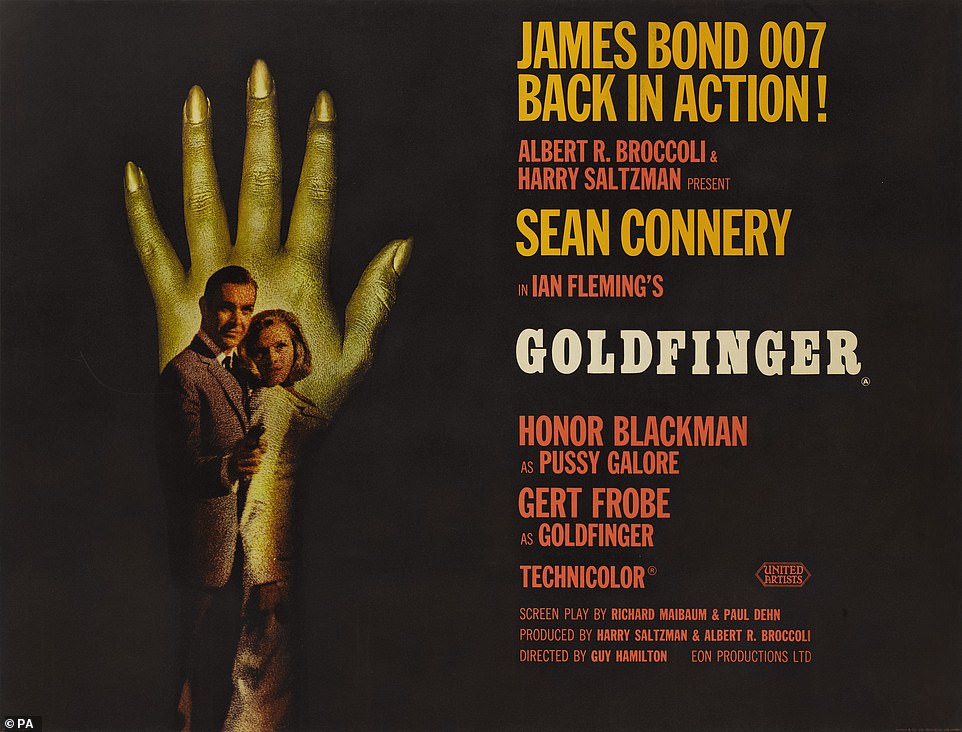 This 1964 poster for Goldfinger will feature as part of the movie posters auction next month. Experts say this ‘exceptionally rare’ poster was developed for Ireland where people ‘extremely sensitive to the provocative scantily clad golden image of Shirley Eaton’, who played Jill Masterson. This was the third film to star Sean Connery and could fetch as much as £12,000 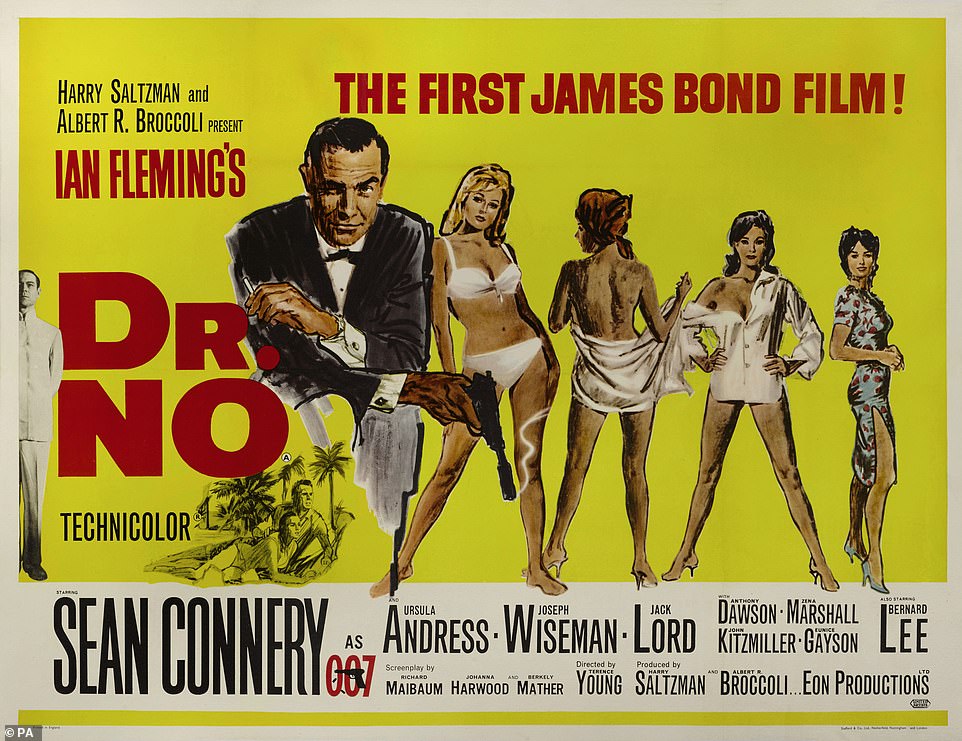 This 1962 poster for the first Bond film, Dr No, is the first poster for a Bond movie and so is considered by the auctioneers to be a ‘highly prized’ collectors item which is in pristine condition. It has an estimated value of between £15,000 and £25,000 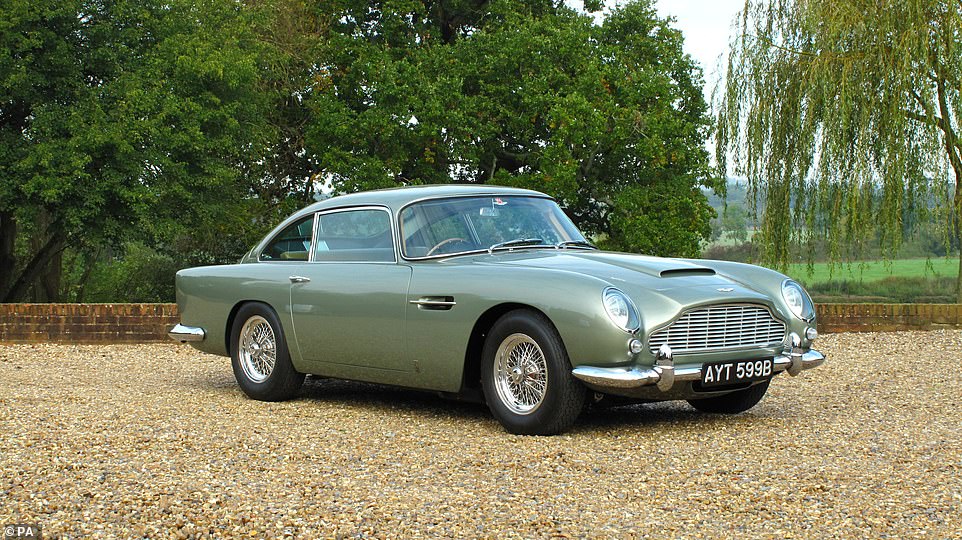 This 1964 Aston Martin DB5 will be on display on offer for private sale through RM Sotheby’s, with price available on request

The auction house will also display a 1964 Aston Martin DB5 on offer for private sale through RM Sotheby’s, with price available on request.

A selection of watches by brands worn by the fictional MI6 spy, including Rolex and Omega, will also go on display ahead of sale.

The auction house itself, which is based in Bond Street, has featured in Fleming’s writing.

The sale of a ‘very important Faberge terrestrial Globe’ in short story The Property Of A Lady was set in Sotheby’s main sale room and the sequence was adapted for the 1983 film Octopussy.

The items will go on display at Sotheby’s Bond Street galleries in London from November 6 to 10, with sales taking place online from October 27 to November 13.