RAY MASSEY: As the famous motor museum turns 50, be on display during the celebrations

The world renowned National Motor Museum at Beaulieu in Hampshire celebrates its golden half-century next week. And to mark the anniversary, it is opening an exhibition on Sunday, July 3, telling The Story Of Motoring In 50 Objects.

On that day, it is also inviting owners of Seventies classics to join the 50th anniversary party at a 1970s Classic Car Drive-In Day. Owners of cars registered in 1972 — when the museum opened — go free.

The Beaulieu collection was founded by Edward, Lord Montagu, who started it as a tribute to his motoring pioneer father John, 2nd Baron Montagu, before opening the museum on July 4, 1972 as the world’s first permanent national motor museum.The current Lord Montagu, Edward’s son, is overseeing the anniversary celebrations.

Birthday party: The National Motor Museum at Beaulieu is marking its 50th anniversary with an exhibition charting The Story of Motoring in 50 Objects.

The chosen 50 objects were whittled down from more than 1.7 million items cared for by the National Motor Museum Trust.

And here Daily Mail readers have an exclusive glimpse of the final selection.

Modern motor cars trace their roots back to the fragile-looking motorised tricycle developed by Carl Benz over the winter of 1885 and 1886.

In 1888, Benz’s wife Bertha became the world’s first motorist when she took their two sons aboard the Benz Patent-Motorwagen on a 50-mile journey from Mannheim to Pforzheim in Germany. A replica stands in the museum today.

Bertha’s journey was slightly less daring than Luigi Barzini’s epic tale of his 10,000-mile adventure in the 1907 Peking to Paris endurance race.

The book, which was a favourite of museum founder Edward Lord Montagu, is also on display.

Another publication which will be shown is the 1896 Redletter issue of Autocar magazine which celebrates the Emancipation Run from London to Brighton — removing the requirement for a man to walk in front of cars with a red flag and increasing the speed limit from 4 mph to 14 mph. 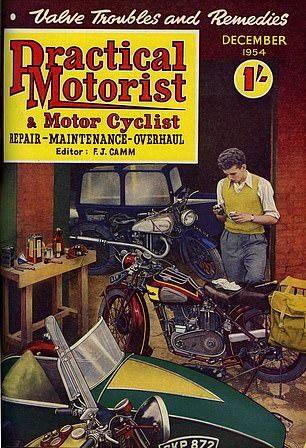 Bentley fans will enjoy the ‘Blower’ which has a 4.5 litre supercharged engine and is an example of 1920s engineering excellence.

Other objects include a gentleman’s motoring coat, made from wool and fur, from 1910; the 1912 Norton BS ‘Old Miracle’, a motorbike which holds 112 records; an 1899 Daimler, Britain’s first car manufacturer; the BRM V16, Britain’s first F1 car and a ‘Votes for Women!’ Shell postcard produced in 1908.

Percy Lambert’s racing silks are on display and he was the first man to drive a car more than 100 miles in one hour — at Brooklands on February 15, 1913. Sadly, he died a year later trying to regain the record after promising his fiancee it would be his last attempt.

And there are plenty of other exhibits dedicated to those in motoring who have pushed the boundaries.

There will be displays on the exploits of Major Henry Segrave who broke the land speed record in 1929 on Daytona Beach by hitting 231.45 mph in Golden Arrow; Mike Hailwood’s Honda RC162 which he rode to victory in the 1961 Isle of Man TT; and the Bluebird CN7 which attempted to hit 403 mph on the Lake Eyre salt flats in South Australia.

Other races on display are the 1900-1903 Gordon Bennett Cups in which nations competed, hence the famous British Racing Green. 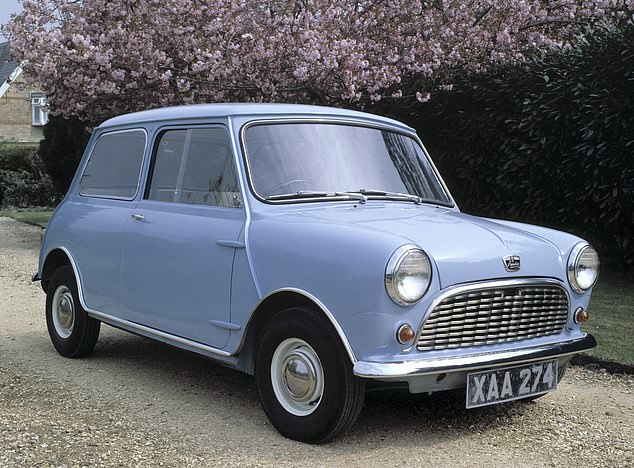 Design classic: The Austin Seven (Mini) from 1959 marks the beginning of Britain’s best-selling car which was designed by Sir Alec Issigonis

The motor industry, naturally, has always been proud of its technological advancements.

One of the first of these was the motorwheel attachment in 1899 which allowed cyclists to convert bikes into 18 mph motorcycles.

Other objects on display at Beaulieu include a Halda taximeter, compulsory in London cabs from 1906; Percy Shaw’s cat’s eyes developed from 1935; a pre sat-nav road guides navigator which was a series of rolled-up route maps; and a crash test dummy.

Visitors will also be able to watch a silent home movie of Edwardian London showing the transition from horse to mechanical power, as well as peruse a 1907 brochure from the Van, Wagon and Omnibus Company promoting the use of electric power.

Electricity was surprisingly popular in the early 20th century and was used by Harrods for its delivery vans — one is on display at Beaulieu. There’s a 1917 Fordson tractor on display too, one of 135,000 produced during the war years alone. 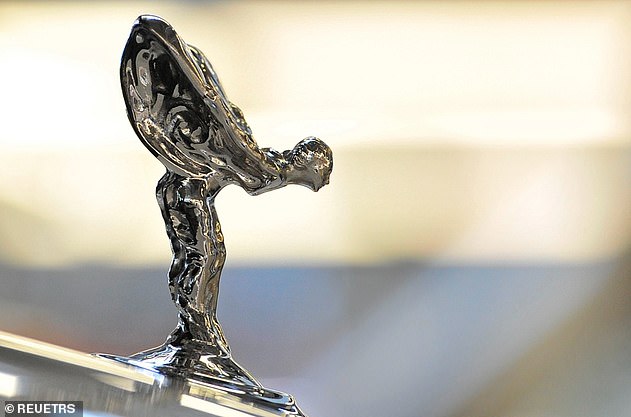 Perhaps Beaulieu’s most famous export is The Spirit of Ecstasy (above) which was created by Charles Sykes in 1911 and believed to be based on John Montagu’s secretary and mistress Eleanor Thornton.

There’s plenty of artwork too, including a Crown Staffordshire model car; the Pratts branding on the American petrol pumps that first appeared in Britain during the 1920s; Ron Hickman’s early designs for the Lotus Europa dating from 1963; and a glass car radiator mascot by artist Rene Lalique.

A 1981 Ford Escort RS1800 with its ‘Win on Sunday, sell on Monday’ slogan, as a result of its rally success, will be side by side with a 1955 Shell TV advertisement narrated by John Betjeman.

The Story of Motoring exhibition will also display technology — from Victorian road builders’ clogs to a demo of the 1913 Ford production line; early indicator lights; an AA callsafe mobile phone in a bag from the 1990s; the first issue of Practical Motorist & Motor Cyclist magazine; the affordable DRH car radio and camouflage on Ford’s Dagenham factory that had produced 500,000 army trucks, ambulances and tractors by 1945.

The Austin Seven from 1959 marks the beginning of Britain’s best-selling car which was designed by Sir Alec Issigonis — globally more than ten million have been built.

A 1935 Datsun Type 14 from Japan, which was inspired by another Austin, will be on display too, as the company was rebranded to Nissan in the 1980s and opened its huge plant in Sunderland in 1986.

And a British Intelligence Service report looking into whether Hitler’s Beetle could help Britain’s postwar recovery might be of interest.

British car bosses deemed it had no future, but after being saved by Major Ivan Hirst, the Beetle went on to become the world’s best-selling car.

Families are crucial to the motor industry as practical runarounds dominate the market. There’s a family photo-graph from 1923 —when motoring was still a hobby — of a family stopping for a picnic.

The children pictured may well have read the 1920s book on display which captured the popularity of charabancs — open-topped coaches with rows of bench seats.

There are carriages both royal and practical, too. A child-sized caravan which took a young Prince Charles and Princess Anne around the grounds of Buckingham Palace will be exhibited alongside the AC 70 three-wheeled carriage that gave people with disabilities independence from the 1940s onwards.

Fashion and music fans may enjoy the 1979 fishtail parka used by Mods to protect their suits in the late 1970s and these days worn by the likes of rock star Liam Gallagher.

There’s also a England football supporters’ car pack from 2013 including flags — and the obligatory fluffy dice.

Industry women are catching up on men 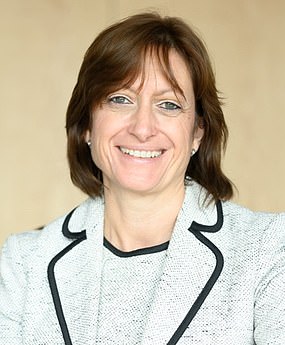 When it comes to deciding future cars and fashions for showrooms, the motor industry is still a man’s world.

But women are moving into the fast lane and starting to overtake.

That’s my take from the latest annual Brit List 2022 which ranks the top 50 most powerful Britons in the global motor industry.

Stuart Rowley, who was earlier this year appointed to the global role of chief transformation and quality officer for Ford — in addition to his existing position as chairman of Ford of Europe — emerged in the top slot of automotive movers and shakers.

However, there are just eight women in the top 50, with the highest placed woman, Alison Jones — now in a global role as senior vice-president of circular economy for Stellantis — just outside the top ten in 11th place.

There are other welcome signs of top women bosses moving up quickly in the rankings, as more female executives ascend the corporate ladder at all levels. The first Brit List — published in 2012 — featured no women at all.

Pipped into second place overall is Jaguar Land Rover’s chief creative officer Gerry McGovern who is responsible for the look of the new Range Rover and Range Rover Sport.

He is also playing a pivotal role in the reinvention of Jaguar.

Third place is Scottish-born consumer electronics expert Jim Rowan who shoots straight into the top ten as president and CEO of Sweden’s Volvo.

Auto Express’s Brit List is chosen by an independent panel of industry experts. And here I must declare an interest. I am one of them.