Real-life wedding crashers have revealed their go-to strategies for sneaking into lavish receptions without getting caught, and unlike the movies will lead you to believe, it’s all about blending in — not standing out.

When the romantic comedy Wedding Crashers was released in 2005, fans admired the over-the-top antics of John Beckwith (Owen Wilson) and Jeremy Grey (Vince Vaughn), two divorce mediators who crash weddings to seduce bridesmaids. But it turns out they made things a lot more complicated than they needed to be.

‘You just show up, eat as much as you want, and leave,’ writer Orly Minazad, 36, told Mel Magazine of how she spent months crashing weddings to find inspiration for her own nuptials.

It happens! Real-life wedding crashers have detailed how they sneak into fancy receptions just like Owen Wilson and Vince Vaughn’s characters in Wedding Crashers (pictured)

Minazad, who is from Iran, explained wedding crashing is commonplace in her country, and she didn’t realize it was frowned up in American culture until she moved to Los Angeles in 1991.

‘In Persian culture, weddings are like tryouts for the venue, florist, caterer or band,’ she said. ‘We crash tons of them to spy on them and see what their work is like. It’s kind of like a rite of passage — you go with your fiancé and just sort of inspect the scene while 500 other people party around you.’

Between July and October of 2011, Minazad and her now-husband spent most Saturdays and Sundays trying to blend in at complete strangers’ weddings just to check out the work of the caterers, florists, and bands they were considering hiring for their 400-person reception.

She did, however, admit it was always a bit stressful.

‘No matter now socially accepted the practice is in our community, I found myself with pre-crashing jitters each week as I slipped into a black just-pretend-I’m-not-here dress and my fiancé reluctantly put on a suit,’ she wrote in an LA Weekly article about the experience.

Unlike wedding crashers who are looking for a free party, they were on a mission.

They would talk with the caters, try as much food as possible, and hit the bar before leaving, usually early. They would debrief in the car before changing out of their wedding uniforms and into their date-night clothes to enjoy the rest of their evening. 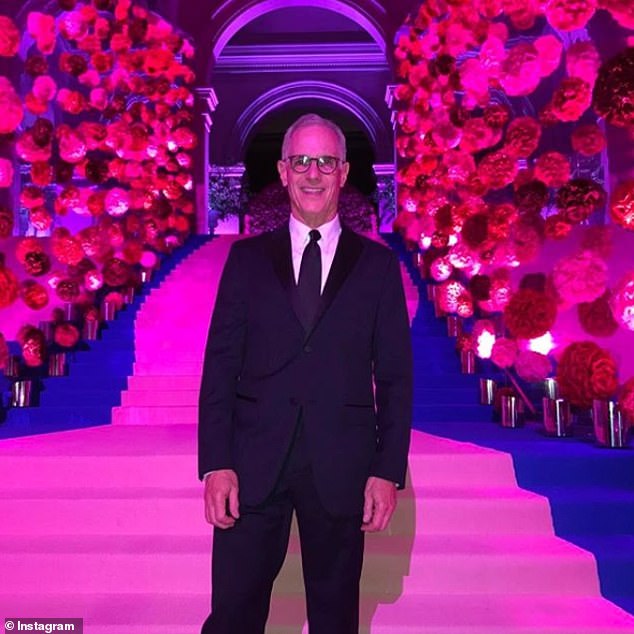 Expert: Fred Karger, who has been dubbed ‘World’s Greatest Party Crasher,’ shared his go-to tips for sneaking into any party. He’s pictured at the Met Gala

While the whole thing sounds exciting, Minazad admitted that it gets old fast.

‘Once you start fighting about the food at other people’s weddings, it does get a little tiring,’ she told Mel Magazine.

The publication also spoke with a man named Sean, an Alaskan miner in his late 40s who spent his youth crashing fancy weddings in Anchorage’s ritziest hotels.

He and his friends worked as bellmen at the time when they realized the receptions were filled with ‘free booze’ and ‘babes.’

They started sneaking into the more extravagant weddings around town, but they always avoided the ones that were held at the hotel where the worked.

To avoid getting caught, they made sure they were never too early when they arrived. They entered the venue in groups of real guests and would blend in with the crowd once inside.

Unlike the characters in Wedding Crashers, they kept their backstories vague. They always said they were on the groom’s side, claiming they were ‘college buddies’ or ‘a friend from growing up.’ 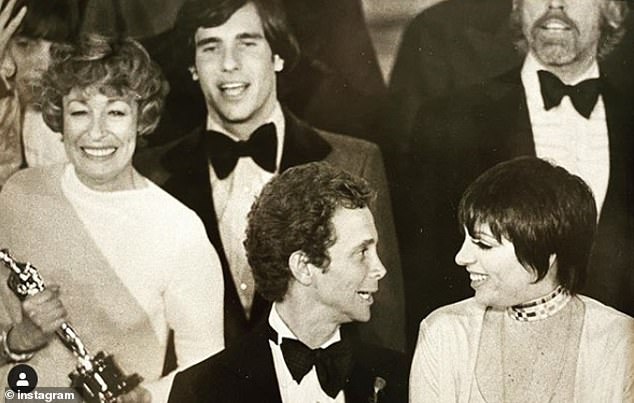 Incredible: The 70-year-old former politician snuck into the Academy Awards not once but twice. He’s pictured behind Liza Minnelli’s right shoulder in 1973 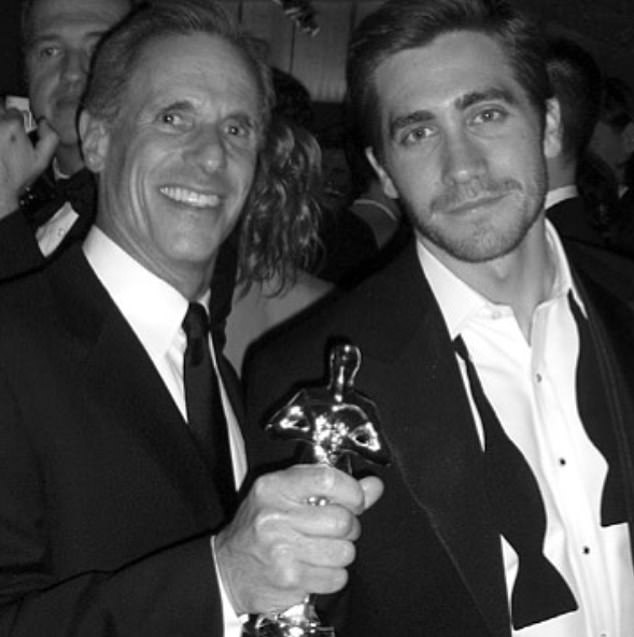 Brilliant: Karger carried around a fake Oscar to sneak into Vanity Fair’s after-party in 2006, but he’s never crashed a wedding simply because he’s never wanted to

They kept up with the ruse by avoiding the groom at all costs and only talking about ‘Anchorage things’ whenever they got into a conversation with another guest.

However, Sean did have a little fun with his backstory. After randomly telling one female guest his father was an oil exec and he was heading off to college at Arizona State, he committed to the story at future weddings.

He told Mel Magazine that he and his friends crashed between seven to ten weddings and never got caught.

He also boasted that he got ‘lucky’ with ‘babes’ more than a few times, and just like in Wedding Crashers, he attracted the attention of a ‘cougar’ he spent years hooking up with.

Under the assessment of Fred Karger, who has been dubbed the ‘World’s Greatest Party Crasher,’ Sean and his friends did everything right.

The 70-year-old former politician and LGBTQ+ rights activist has made a name for himself in the party circuit for sneaking into the most exclusive events, including the Met Gala, Joan River’s funeral, and the Academy Awards — twice.

HOW TO PROPERLY CRASH A WEDDING

Wear proper wedding attire, but nothing that is too showy

Try to enter the venue with other guests, either by striking up a conversation with them or walking close behind them

If that’s not possible, pretend you were already inside and had just stepped out for a cigarette or a phone call

Blend in and avoid the bride and groom at all costs

When talking to guests, ask how they know the couple. If they’re friends with the groom, claim to know the bride and vice versa

Consider bringing a gift, which can help you blend in and keep your karma in check

In 1972, he was just 22 years old when he found himself on stage at the Oscars during an award ceremony for Charlie Chaplin, and he even went as far as shaking the star’s hand.

When he crashed the prestigious awards ceremony the next year, he was seen standing behind Liza Minnelli while the closing credits were rolling.

Karger held onto a fake Oscar to get into Vanity Fair’s after-party in 2006, and he bypassed five security checkpoints at Versace’s Met Gala after-party in 2018 by carrying the train of Blake Lively’s gown.

There doesn’t seem to be an event he can’t get into, but interestingly enough, he has never crashed a wedding simply because he has never wanted to.

‘I’d much rather crash a funeral,’ he told Mel Magazine. ‘They’re a lot more interesting, and a lot harder to get into.’

However, if he were to sneak into a wedding, he knows exactly how he would pull it off. He’d rely on the same tricks that have gotten him into some of the world’s most exclusive gatherings time and time again.

Karger explained that he would show up in proper wedding attire with a backstory to ensure he wouldn’t tip off any guests to the fact he didn’t belong.

To gain entry, he would either blend in with a group of guests by talking to them outside or walking close enough behind them that it looked like he was with them.

If that’s not an option, Karger likes to find an empty drink and carry it so it appears as though he was already inside the venue. Sometimes, he pulls out a prop cigarette and pretends he’s outside for a smoke break.

‘That’s how I got into the Barbra Streisand concert for Al Gore and Joe Lieberman at the Democratic Convention in 2000,’ he said. ‘It’s a real nifty trick.’

Karger has no love for Vaughn and Wilson’s characters in Wedding Crashers, saying they are ‘idiots’ and their bizarre claim that they ‘know Aunt Edna’ would be sure to get them caught at real-life weddings.

‘What you ought to do is engage in conversation with the other guests first. You strike up some chit-chat, ask them which side they’re on — bride or groom — and then suddenly, you’re on the opposite side,’ he explained. ‘That way, you’re almost guaranteed to have nothing in common.’

Karger also suggested bringing a gift, an envelope or gift bag that can serve as a disguise and also keep the crasher’s karma in check.

The famed party crasher is so good at what he does that he has even written a book about in his forthcoming tell-all, which is aptly titled Crasher.

‘It’s not Wedding Crashers,’ he told the publication. ‘That’s all you need to know.’