She’s the Australian actress whose star power continued to rise after she tried her luck in Hollywood.

And while Rebel Wilson may be a movie star, she was channelling her inner rock star as she stepped out in California on Monday.

Spotted leaving the Nine Zero One salon in West Hollywood, the actress opted for a bright red jacket teamed with black leather pants.

The Pitch Perfect actress wore the stylish jacket over a simple black T-shirt, while the star’s leather pants perfectly complemented the attire.

Adding an extra edgy touch was Rebel’s choice of handbag, which was also black leather but was embellished with metallic studs.

For her footwear, Rebel went down the comfortable route, picking pointy-toed flats in a charcoal shade. 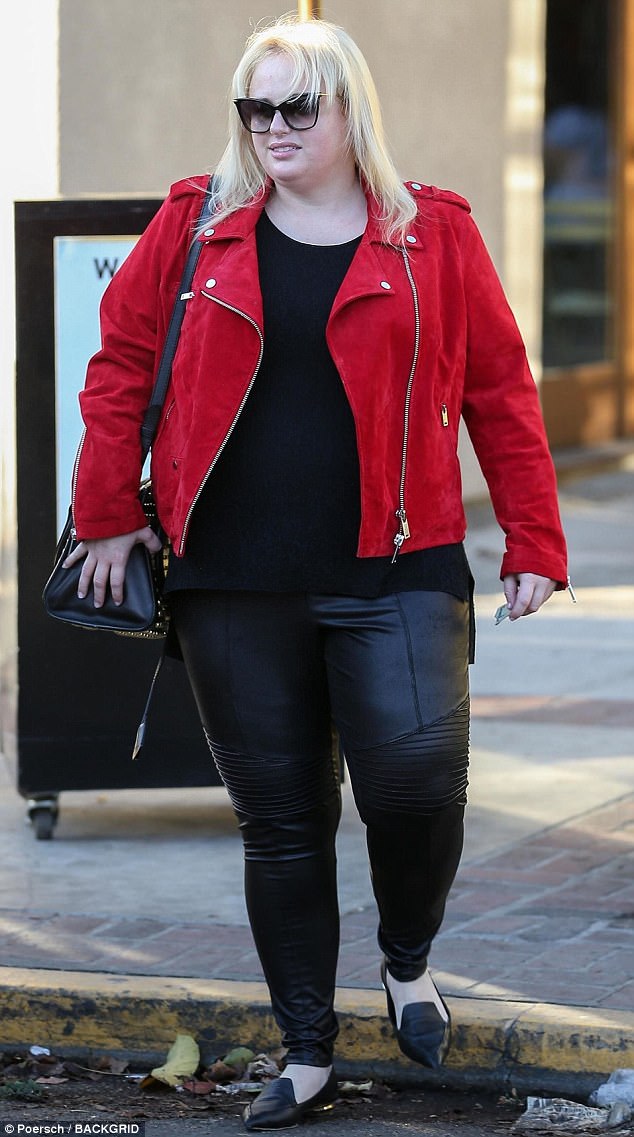 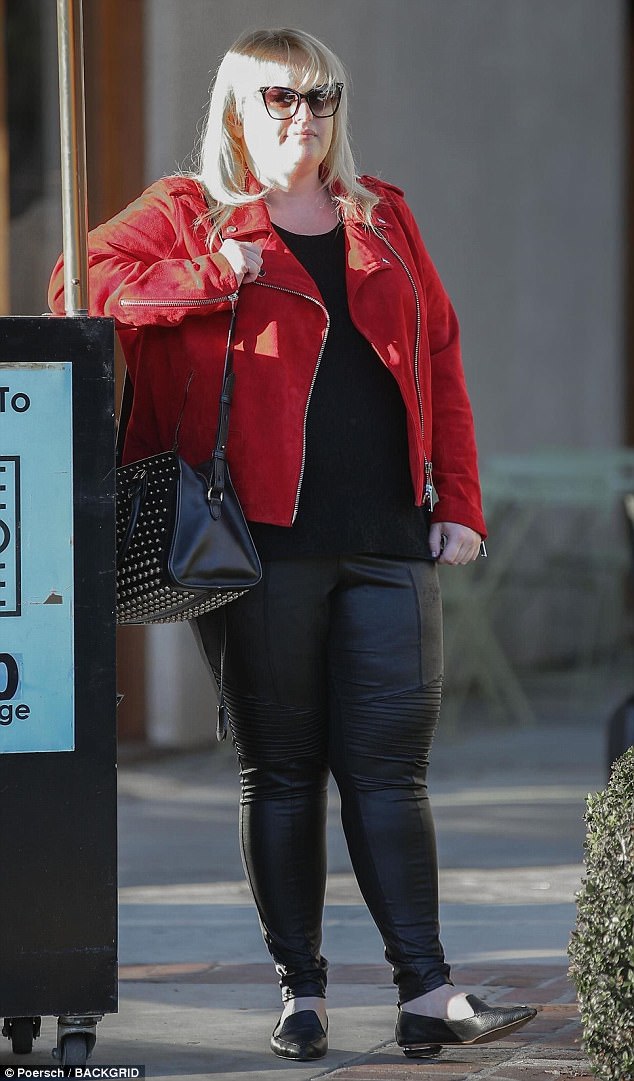 Having been pictured departing the swanky salon, it was no surprise the former Fat Pizza star looked immaculate when it came to her style.

Her blonde locks seemed to be freshly cut and Rebel appeared to be makeup free, with only a pair of oversized sunglasses adorning her face.

Rebel was expressionless as she strolled during the casual outing, with her facial cues providing no hint as to how the actress was feeling. 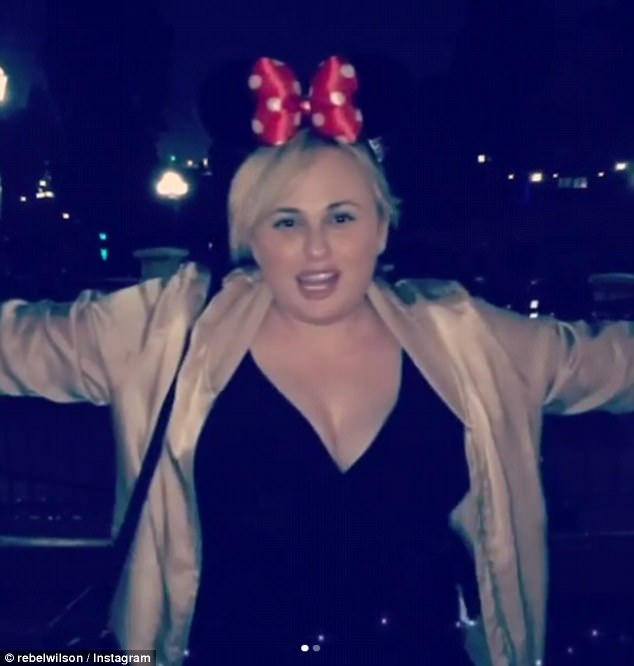 Out and about! The salon visit comes less than a week after Rebel shared shots of herself and her family at Disneyland

The salon visit comes less than a week after Rebel was spotted in a much more action-packed setting when she and her family celebrated her mother’s birthday at Disneyland.

Rebel, who has previously claimed to be a distant relative of iconic American animator Walt Disney, shared snaps to her Instagram of the clan hanging out at the theme park.

‘Disneyland AFTER DARK!! I love it the most when it’s closed and it’s just the family x #freethechurros,’ she wrote in the accompanying caption. 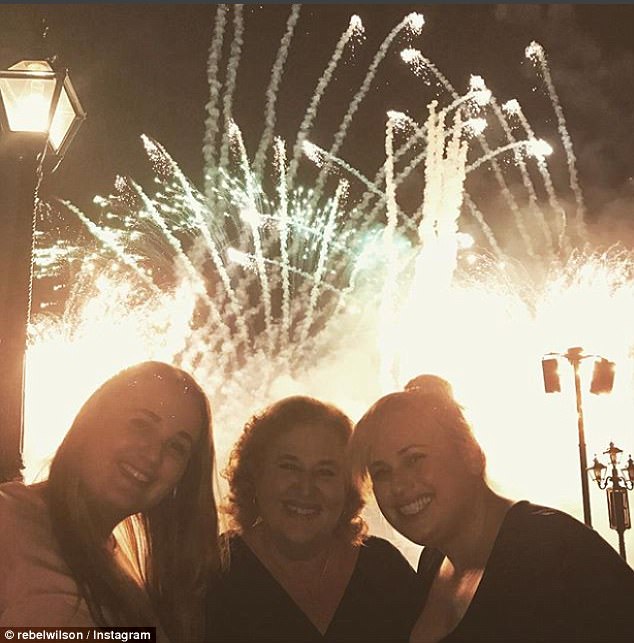 ‘Disneyland AFTER DARK!! I love it the most when it’s closed and it’s just the family x #freethechurros’ Rebel wrote in the accompanying caption