Remains of five missing workers in Oklahoma been found

The remains of five employees who were reported missing after an Oklahoma rig explosion on Monday have been recovered, officials said on Tuesday.

The victims have been named as Josh Ray of Fort Worth; Cody Risk, of Wellington, Colorado; and Matthew Smith, Parker Waldridge and Roger Cunningham, all of Oklahoma.

Three of the workers were employed by Houston-based Patterson-UTI Energy Inc Company president and CEO Andy Hendricks pledged a full investigation into the explosion.

More than 20 employees were at the natural gas well site when the blast was reported around 8.45am, Pittsburg County Sheriff Chris Morris said.

An initial report into the deadly explosion, released by the Oklahoma Corporation Commission, indicated that there was an uncontrolled release of gas that caught fire.

A worker at the scene was said to have tried to shut down the well, but they were unsuccessful. 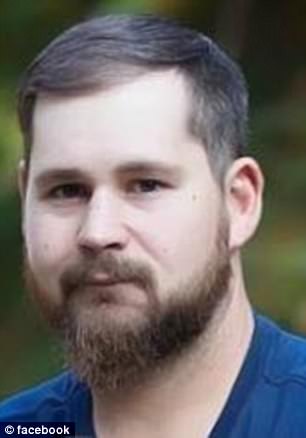 The remains of five employees who were reported missing after an Oklahoma rig explosion on Monday have been recovered, officials said on Tuesday (Pictured, left, Roger Cunningham, and right, Matthew Smith) 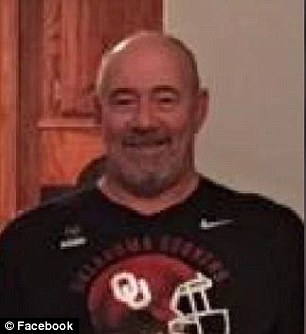 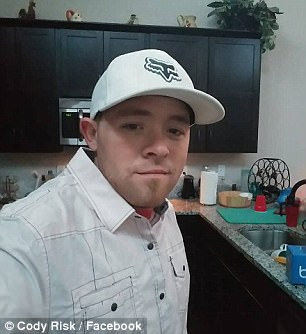 The victims have been named as Josh Ray of Fort Worth; Cody Risk (right), of Wellington, Colorado; and Matthew Smith, Parker Waldridge (left) and Roger Cunningham, all of Oklahoma. 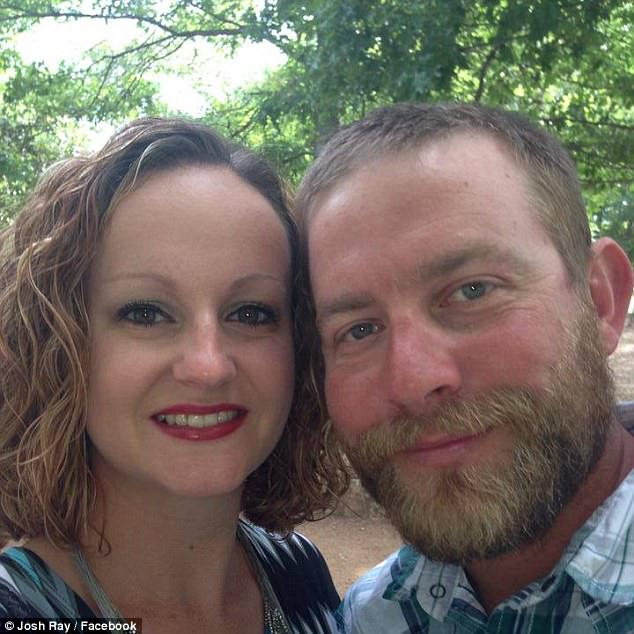 Aerial footage shows several fires were still burning by midday on the rig and other equipment; the derrick, a towering metal structure above the well, collapsed onto the ground.

Emergency crews were pulled away after other explosions at the site, where several tanks are also located, Pittsburg County Emergency Management Director Kevin Enloe said during an afternoon news conference. 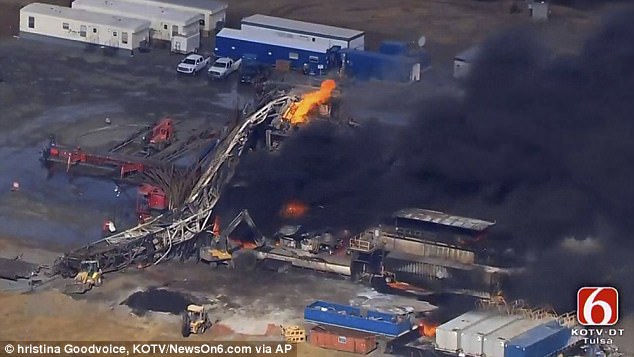 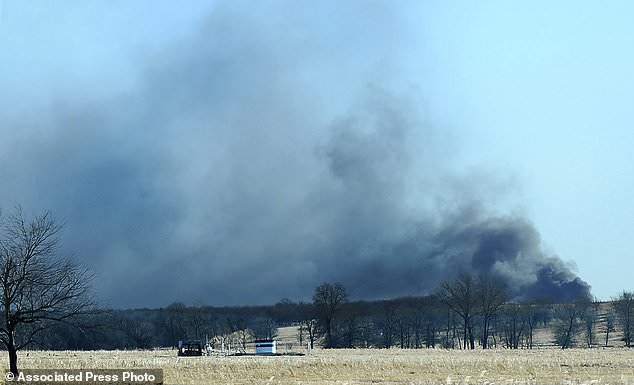 ‘Pretty much everything that is on location is on fire,’ Enloe said.

The explosion occurred west of the town of Quinton, about 100 miles (161 kilometers) southeast of Tulsa.

Enloe said firefighters were letting the blaze burn and weren’t putting water on it to keep from spreading possible hazardous materials at the site.

Enloe said about 17 workers were pulled from the site following the blast, including one who suffered minor burns and was treated at the scene. 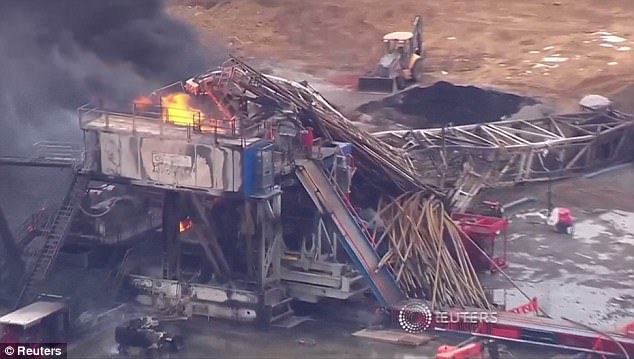 He said crews were searching the surrounding woods to see if anyone had fled into the area.

‘Most everybody was taken off the site and taken to a secure site here in Quinton,’ said Morris, the sheriff. He said workers were ‘pretty shook up’.

‘It’s a pretty dramatic deal to go through,’ he said.

Confirmation of any fatalities won’t be possible until the fire is extinguished and investigators can get to the scene of the explosion, said Amy Elliott, a spokeswoman for the Oklahoma medical examiner’s office.

‘I pray there’s not, but we just don’t know yet,’ Elliott said.

State environmental and regulatory officials have been notified and were heading to the scene, according to Oklahoma Office of Emergency Management spokeswoman Keli Cain.

The drilling site was being operated by Oklahoma City-based Red Mountain Operating, said Matt Skinner, a spokesman for the Oklahoma Corporation Commission, which regulates oil and gas operators in the state. Telephone and email messages left by The Associated Press with Red Mountain were not immediately returned.

Skinner said the company has not had any incidents or complaints in the last five years.

Skinner said a company that specializes in rig fires and other well control problems also responded to the blaze.