The bravery medals of a hero submarine commander who made one of World War One’s most daring escapes are being sold by his family for £18,000.

Captain Sir Archibald Cochrane sank numerous enemy vessels before he was captured during the Gallipoli campaign in 1915.

He was part of a group of officers who broke out of a Turkish PoW camp in August 1918, cutting through the bars of a hospital window before descending to the ground on a rope ladder. 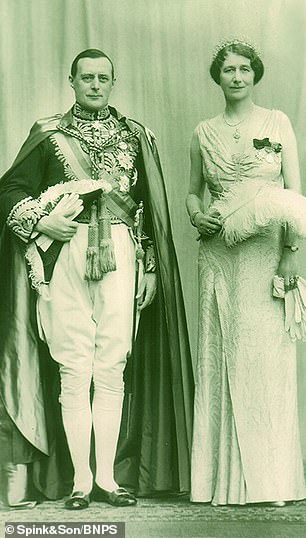 The bravery medals of a hero submariner who made one of World War One’s most daring escapes are being sold by his family for £18,000. Captain Sir Archibald Cochrane sank numerous enemy vessels before he was captured during the Gallipoli campaign in 1915. 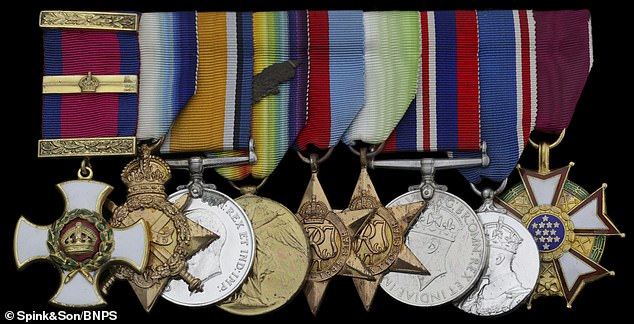 What followed was an extraordinary six-week, 450 mile trek across mountainous terrain in extreme heat, dodging Turkish patrols and evading fire from local bandits.

After reaching the coast the men commandeered a motor boat and crossed the Mediterranean Sea to Cyprus where they were greeted as heroes.

Their exploits were later revealed in a book, Four-Fifty Miles to Freedom.

When they returned to Britain they had an audience with King George V. A letter the monarch personally gave Captain Cochrane in which he praised the ‘gallant officer’ is being sold along his medals.

The decorations, including a Distinguished Service Order with Bar – are being sold with London auctioneers Spink & Son.

The family hopes they can go to a new home where they will be ‘properly looked after and respected’.

Capt Cochrane’s grandson said: ‘My grandfather died long before I was born but I was always aware of his heroism, his stories and his service to his country.

‘He was a remarkable man and his history is fascinating but it can also weigh heavily.

‘It took a while to decide whether it was the right thing to sell his medals.

‘In the end it will be a relief if they can go somewhere where they will be properly looked after and respected for the history and service they represent.’

Capt Cochrane, from Fife, Scotland, led patrols in the English Channel and off the River Ems in north west Germany, before commanding the submarine E7 which was deployed to the Dardanelles in May 1915. 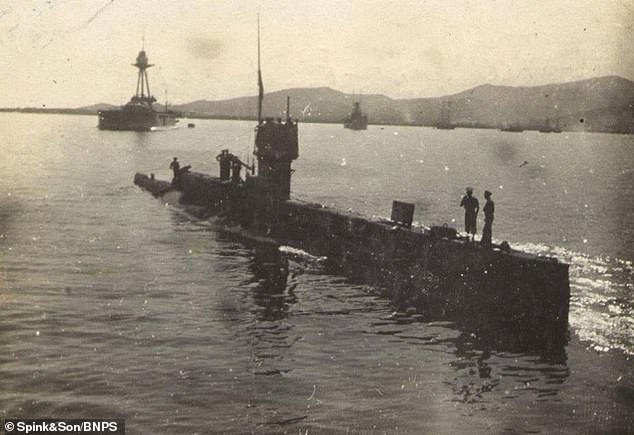 In one attack, E7 destroyed three enemy vessels within minutes and on another occasion it took out a 4,000 tonne steamer from 1,500 yards in a torpedo attack, throwing it 300ft into the air.

They also blocked a railway line by bombarding it from the sea then shelled a troop train, blowing up three ammunition cars attached to it

They picked off enemy shipping with regularity until the E7 was captured in the Sea of Marmora on September 4, 1915, after getting trapped in the anti-submarine nets.

Capt Cochrane was sent to Kara Hissar, in the wild country of Asia Minor, about 130 miles from the nearest coast.

He made his first escape attempt with two other prisoners in March 1916.

After 18 days on the run they were betrayed by a goat herder they asked for help and upon capture, they spent six months in solitary confinement.

Capt Cochrane’s successful bid for freedom was launched on the night of August 7, 1918.

He was part of a group of 26 officers who broke out of Yogzad camp deep in the Anatolian Mountains, 4,500ft above sea level in some of Turkey’s most rugged terrain.

After breaking out they worked their way through gardens, across crumbling stone walls and along dry river beds, before scrambling up a mountain side.

The escapees travelled at night and slept during the heat of the day, with progress slow and fraught with danger as the Turkish authorities watched all the roads and pathways leading to the coast.

Their perilous route took them into the Taurus Mountains where they evaded a group of bandits who fired upon them.

After reaching the coast they pretended to be German archaeologists as they went on several boat hunts. 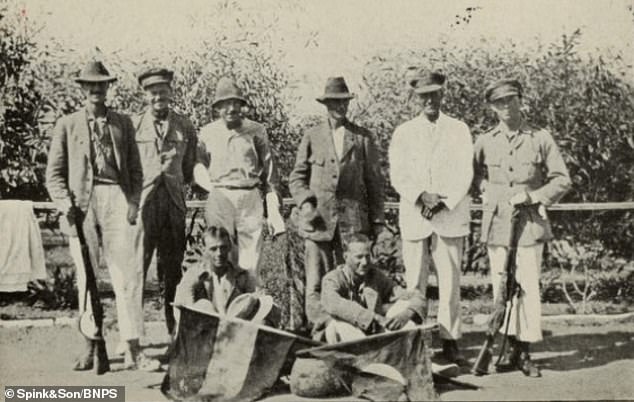 The successful Turkish POW escape party Sir Archibald Cochrane pictured back row, forth left – He was part of a group of officers who broke out of a Turkish POW camp in August 1918

Capt Cochrane and an accomplice swam to one 28ft boat but were unable to lift the anchor so the escape attempt was aborted.

A few days later their luck changed when they clambered on board an unmanned boat. They got the engine going and navigated their way to Cyprus, reaching land in the early hours of the next morning.

The exhausted escapees were greeted by a crowd of cheering Cypriots.

Capt Cochrane travelled home via Egypt, Italy and France, arriving back in Britain on October 16.

He received his Distinguished Service Order for doing ‘great damage to enemy shipping’ in the Sea of Marmora, with the Bar awarded for his escape.

He subsequently moved into politics, becoming a Unionist MP for East Fife in 1924.

He lost his seat at the 1929 General Election but returned to parliament after winning a by-election in 1932.

In 1936, he was appointed Governor of Burma, standing down in 1941 so he could return to service in World War Two.

Capt Cochrane commanded the HMS Queen of Bermuda, retiring at the end of the conflict. 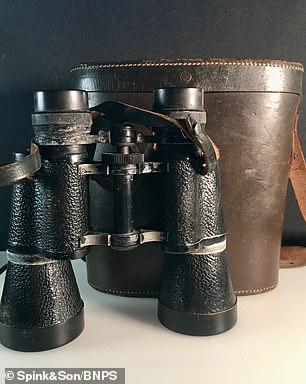 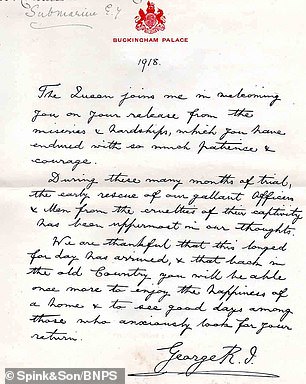 Captain Cochrane’s family hope the artefacts which include his binoculars in a fitted leather case and his letter from King George V, go to a home that will see them looked after

Marcus Budgen, head of the medals department at Spink & Son, said: ‘The awards of Captain Cochrane represent one of the most important and ingenuous events of the Royal Navy during the Great War.

‘A pioneer submariner who snuck into the Sea of Marmora, sinking plenty of enemy vessels and becoming the first vessel in history to fire ashore from a submarine – he was awarded the Distinguished Service Order and taken prisoner when he became entangled in nets.

‘Seriously unlucky to miss out on a Victoria Cross, Cochrane earned another Distinguished Service Order leading the famous and spectacular break from the ghastly Yozgad Camp.

‘We expect plenty of interest from collectors and institutions far and wide for this remarkable group of medals.’

The sale takes place on July 29.