Situated 1,000ft above sea level and surrounded by rugged moorland, the town of Alston is at the centre of ‘England’s last wilderness’.

The Cumbrian settlement is so isolated it was cut off by snow last year, forcing the military to airdrop supplies via Chinook helicopter.

But as well as being the highest town in England, Alston is now at the forefront of a technological revolution.

Residents in Alston, Cumbria, have already installed their own 4G mobile network. In 2002, they started a broadband co-operative called Cybermoor after BT decided it was ‘unviable’ to provide broadband there. Daniel Heery, centre, is behind the project

It is one of the first places in the world to receive a 5G mobile network, giving its 1,100 residents internet speeds most city-dwellers could only dream of.

The remote north Pennines town has been an unlikely pioneer of new technology ever since BT decided it was ‘unviable’ to provide broadband there nearly two decades ago.

So residents took matters into their own hands, starting a community broadband co-operative called Cybermoor in 2002.

Local farmers dug trenches to lay a network of fibreoptic cables and transmitters were nailed to cowsheds and chimneys.

Within a year, a higher proportion of houses in Alston were connected to broadband than in Silicon Valley.

Now the tiny market town has beaten major cities including Manchester to spearhead the UK rollout of 5G technology, which promises internet speeds up to 20 times faster than the current 4G system.

Farmers will soon be able to use a drone to check on their livestock, beaming back images over the 5G data network. 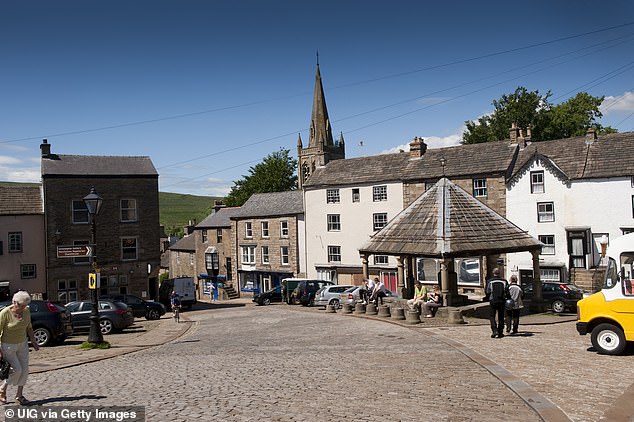 Situated 1,000ft above sea level and surrounded by rugged moorland, the town of Alston is at the centre of ‘England’s last wilderness’. But as well as being the highest town in England, Alston is now at the forefront of a technological revolution [File photo]

Daniel Heery, the founder of Cybermoor, said: ‘Rural areas get left behind by the main internet providers, which means there is a huge problem with young people leaving villages for cities, but cutting-edge technology like 5G could be a real game-changer. There are some parts of Alston where there is no signal to make a phone call, but they can be now be connected by 5G.’

It is hoped the trial of 5G technology, provided under a Government initiative, will also boost tourism to the area through an app called World Around Me, which allows tourists to experience historical sights in virtual reality.

Alston, which hosts a string of not-for-profit businesses, has been dubbed the world’s first ‘social enterprise town’.