Google found itself in hot water on Thursday after a search listed ‘Nazism’ as California Republican Party’s ideology.

The error was listed in the ‘Knowledge Panel’ section of the search, followed by other ideologies like Conservatism, Market liberalism, Fiscal conservatism and Green conservatism.

Political strategist Eric Wilson was the first person to spot the mistake and share a screenshot of the search on Twitter, which was picked up by Vice News.

House Majority Leader Kevin McCarthy, a Republican from California, lashed out at Google in a tweet and called the error ‘a disgrace’

Google’s ‘Knowledge Panel’ draws facts about any given subject from various sources, such as Wikipedia, which is crowd-sourced.

Google has since entirely removed the ‘Ideology’ category from the California Republican Party’s ‘Knowledge Panel.’

House Majority Leader Kevin McCarthy, a Republican from California who could soon replace outgoing House Speaker Paul Ryan, lashed out at Google in a tweet this afternoon, calling the snafu a ‘disgrace.’ 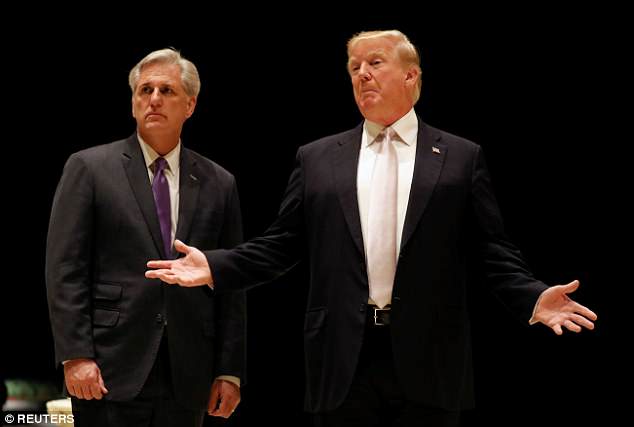 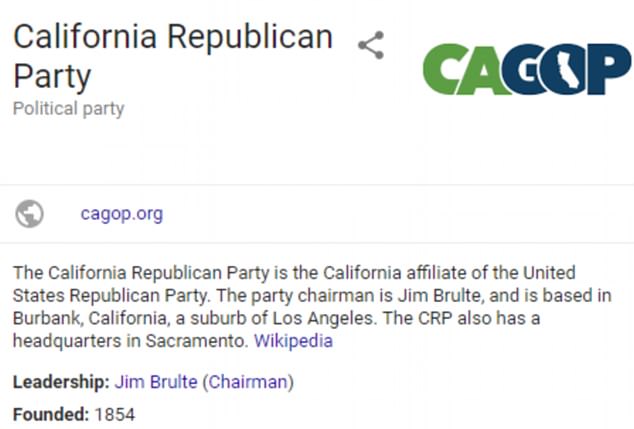 In a follow-up tweet, McCarthy wrote: ‘Sadly, this is just the latest incident in a disturbing trend to slander conservatives. These damaging actions must be held to account. #StopTheBias’

The embarrassing mistake comes just days before voters in California head to the polls to cast their ballots in state-wide primaries next Tuesday.

A Google representative told Fox News the inclusion of ‘Nazism’ in the search page was likely caused by an act of cyber-vandalism on one of the information sources.

‘This was not the result of any manual change by anyone at Google,’ the spokesperson told the network. ‘We don’t bias our search results toward any political party. Sometimes people vandalize public information sources, like Wikipedia, which can impact the information that appears in search.’

The representative went on to say that the tech giant has systems in place to spot and correct vandalism in search results, but sometimes errors do occur, which was allegedly the case with ‘Nazism.’