A retired Atlanta schoolteacher has corrected a presidential letter and sent it back to Donald Trump so he can learn from his mistakes.

Yvonne Mason had written to Trump in the wake of the Parkland, Florida mass shooting, asking him to meet with the families of the victims and questioning him about school safety.

The former English high school teacher says that the letter she received his response, dated May 3, was full of grammatical errors.

‘When you get letters from the highest level of government, you expect them to be at least mechanically correct,’ Mason told the Greenville News.

Mason posted a photo of the letter, printed on White House stationary and bearing President Trump’s signature, on which she has made her own corrections.

‘Have y’all tried grammar style check?’ she wrote across the top of the note.

She also picked up grammatical errors such as ‘nation’ and ‘states’ being incorrectly capitalized. The former teacher circled both and gave brief explanations why they were wrong.

Another sentence, talking about how Trump had introduced a ‘rule’ banning devices into machine guns was branded unclear.

‘Poor writing is not something I abide,’ said Mason, who retired from teaching English in South Carolina last year and admitted she was still in ‘grading-paper mode.’ 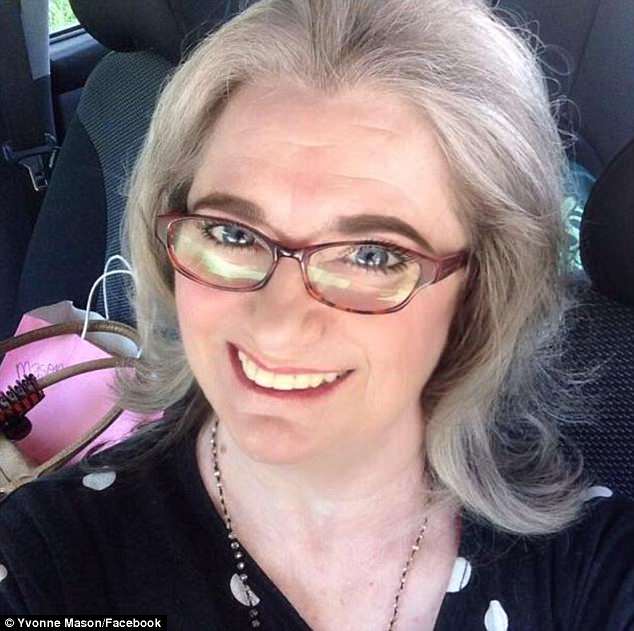 Yvonne Mason had written to Trump in the wake of the Parkland, Florida mass shooting, but says his response, dated May 3, was full of grammatical errors

‘If my students turned that in they would get exactly the same marks,’ she told the New York Times.

Mason also says that the letter failed to address her concerns, but merely listed  actions that had taken place after the shooting, such as listening sessions and the STOP School Violence Act.

Photos of the letter, which has since been mailed back to the White House, has attracted hundreds of shares and likes since it was posted on Facebook last week.

The response has been divided, with some criticizing the teacher for mocking the president, and others praising her for tackling the poor grammar.

Mason said she often corresponded with politicians, however, Trump’s response had stood out.

‘Lindsey Graham, or his people, writes exquisite letters,’ Mason told the Greenville newspaper. ‘I give him credit for that. They are far more on-topic. I understand the nature of form letters, but Graham’s are written as if they’re addressing your particular concern.’

Mason is also continuing her New Year’s resolution to write a postcard to the White House every day since January 1.