A mother shot dead in the backseat of a car alongside her hairdresser friend in brazen a gangland assassination in Sydney may have ‘known too much’ according to underworld sources.

The brutal execution of Lamet Fadlallah, 48, Amy Hazouri, 39, has sent shockwaves through police ranks amid fears underworld bosses may have ‘torn up the rules’ which once meant women and children were off limits.

Ms Fadlallah was sitting in the backseat of a silver Toyota 4WD outside her house on Hendy St, Panania in Sydney’s west on Saturday night when about a dozen bullets came flying through the window.

She is believed to have been targeted due to her links to organised crime after marrying two of the city’s most infamous drug kingpins.

‘Lam was playing with the big boys and maybe knew too much,’ an underworld source who knew Ms Fadlallah told the Daily Telegraph.

‘She was right into the life. She would carry the guns for the boys, give alibis when needed and right up till she was killed mixing with gangsters.

‘She always thought she was smart but this is the most dangerous Sydney has ever been. Killing women so openly is next level.’

Ms Hazouri was sitting next to her and is thought to have been ‘collateral damage’ in the vicious attack, simply in the wrong place at the wrong time when she was shot dead.

A 16-year-old girl and 20-year-old man also in the vehicle but miraculously escaped the hail of up to a dozen bullets by speeding off to safety and calling for help. 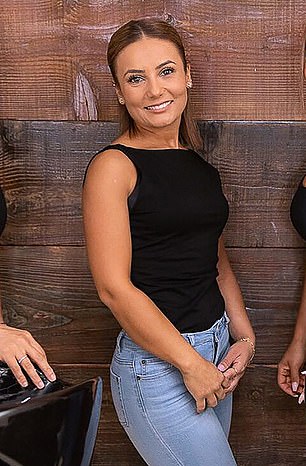 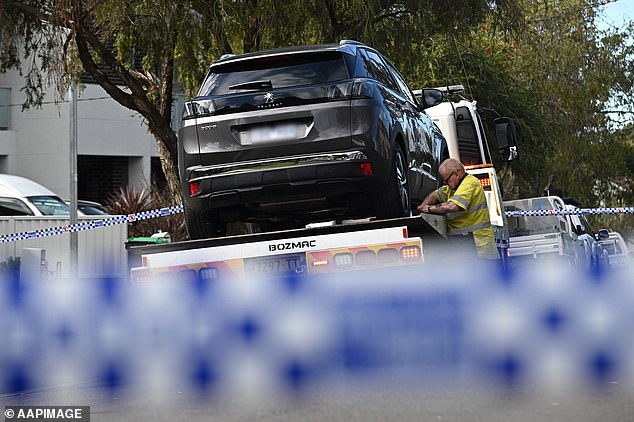 A loose collection of youths, many Middle Eastern, in the Western Sydney suburb of Punchbowl in the 1990s.

Fights, stealing cars, drive-by shootings, and drugs deals – up to 300 a day – were common.

In 1998, a street brawl outside a house party led to the death of Korean teenager Edward Lee.

When police and media began taking notice the gang’s moniker was coined after an 800m street in Punchbowl where the activity was centred.

In March 2000, shots were fired at a marked police patrol car which led to more than a hundred officers descending on the street in a raid.

The was followed by an investigation and two more raids later that year, each with more than 200 officers.

It was already feared that Sydney’s ongoing gang war was out of control with 14 execution-style killings playing out across the city in the past two years – as various Middle Eastern crime gangs and their bikie muscle fight for control of the lucrative drug trade on the heels of the pandemic.

But with victim 15 and 16 now added onto the list of over-worked detectives, police say it’s clear underworld bosses have ‘torn up the rules’ and that the streets have never been so bloody.

Ms Fadlallah had been around underworld figures her entire adult life, marrying Shadi Derbas in the 1990s while in her early twenties.

Derbas was a key member of the Telopea St Gang – coined after the Punchbowl, Western Sydney street which rose to infamy between 1998 and 2000 as a hornets’ nest of Middle Eastern gang activity.

The legacy of that period gave rise to much of the streets gang culture that is causing chaos on Western Sydney streets today.

More recently Ms Fadlallah’s heart was won by 200kg standover man – Helal Safi – who was found dead in a Sydney apartment in January 2021 after suffering  a heart attack.

The imposing King’s Cross identity in 2010 survived a jailhouse assassination plot after he was stabbed 42 times by rival gangsters.

His injuries were so severe that he fell into a coma for five months with police crediting his size for keeping him alive.

Detectives are investigating the links between the pair and other criminals Ms Fadlalla could have associated with – and whether she had information that others wanted to keep silent. 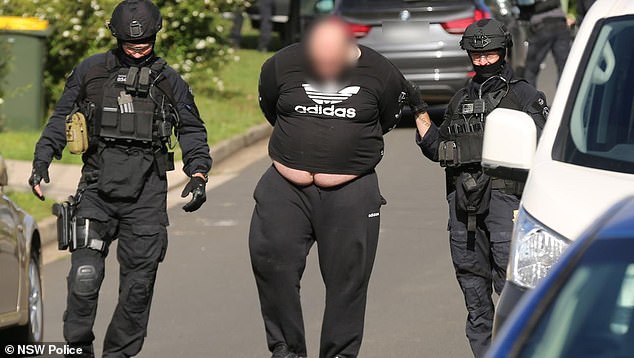 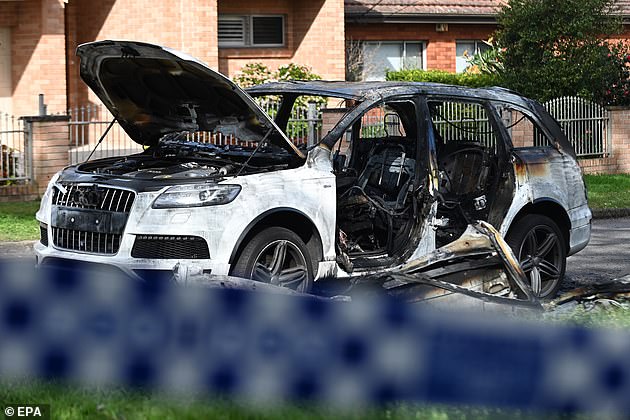 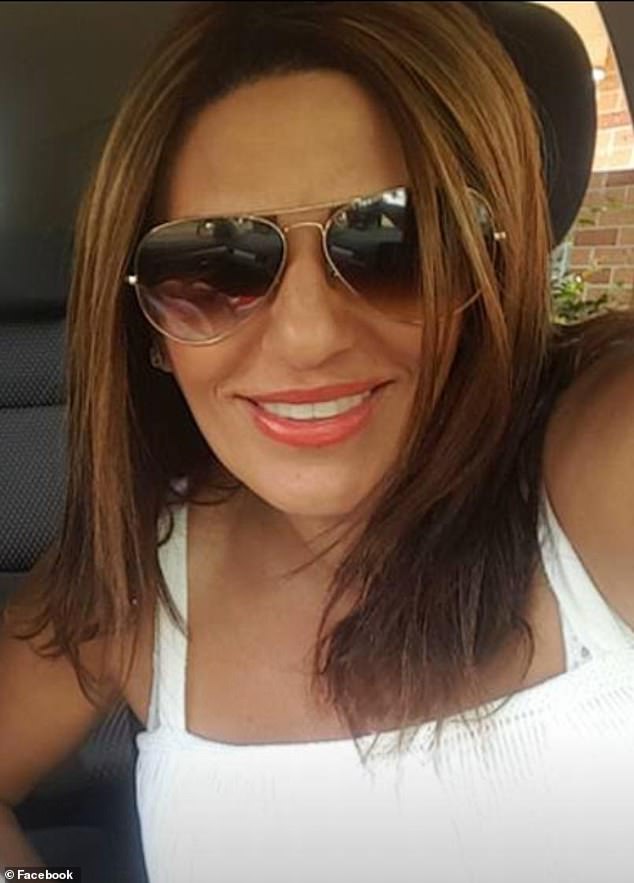 But in the case Lamet Fadlallah, 48 (pictured), she is believed to have been targeted due to her links to organised crime after marrying two of the city’s most infamous drug kingpins

Ms Hazouri is not believed to have had any such criminal links and was a dedicated hairdresser who was well respected for her specialised in bridal looks.

She also had a TikTok page that filled with clips of her smiling and dancing to Middle Eastern Music.

Colleagues at her salon in Bankstown shared a moving tribute on Sunday saying they were ‘shattered’ to learn of the untimely death.

‘We are shattered, our heart is broken, you left us too soon,’ the tribute read.

‘May your memory be eternal… until we meet again.’

NSW Police Detective Inspector Danny Doherty fronted camera’s on Sunday acknowledging the shooting was ‘unprecedented’ in that an ‘unwritten law’ among Sydney’s underworld that women and families were off-limits had been broken.

He said police would stop at nothing to catch the perpetrators.

‘This is an appalling attack on two women. They have lost their lives. It was a planned murder, an assassination really, and it’s happened in a public street in Sydney,’ he said.

‘It’s unacceptable by any standards. It’s unprecedented really. And we are determined to get the answers for the family.’

‘They don’t discriminate if you’re male or female. Every rule book has been thrown out, and that is concerning.’

Amy Hazouri (pictured), 39, was in the same car and was also shot. She is believed to have been ‘collateral damage’ 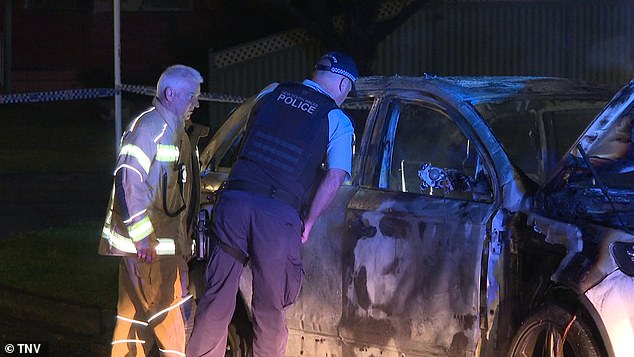 A car was found burnt out in the nearby suburb of Revesby, a common method used in gangland hits (pictured)

APRIL, 4, 2022 – Mahmoud ‘Brownie’ Ahmad aka ‘Mr Big’ is gunned down in a hail of bullets – after being warned by police that he had a million-dollar bounty on his head for his role in deadly shooting in Greenacre.

MAY 10, 2022 – Comanchero bikies with links to the Alameddine clan, Tarek Zahed and his brother Omar were shot at while training at a gym in Auburn. Omar died at the seen while Tarek miraculously survived after being shot 10 times including in the face.

MAY 14: Rami Iskander, 23, was shot in the torso in front of his pregnant wife and two-year-old child at his home on Knox Street at Belmore just before 4am on Saturday. He is the nephew of Brownie Ahmad

MAY 15: NSW Police launch Strikeforce Erebus to try and tackle the growing problem of gang violence with the Australian Federal Police and intelligence agencies partnering with state cops to stop the bloodshed.

JUNE 28: Former Lone Wolf bikie Yusuf Nazlioglu dies in hospital a day after he is hit by 10 bullets in a Rhodes underground carpark

August 13: Lamet Fadlallah, 48, and her hairdresser friend Amy Hazouri, 39, are shot dead in a silver Toyota 4WD outside her house on Hendy St, Panania in Sydney’s west.