A couple who had spiralled into £11,000 worth of credit card debt, were left stunned when they discovered it had been paid off by a generous family they had swapped lives with in a Channel 5 TV experiment.

The Timmins’ and their two children usually survive on £122 and are among the poorest 10 per cent in Britain, while the Whitings have a £1,235 weekly budget after rent, mortgage and bills.

The family live in a sprawling £700,000 farm house set on nearly nine acres of land, along with sheep, chickens, cats, Harry Potter room and a tree house in St Columb Major, Cornwall.

But on returning home to their two-bed terraced home after the TV experiment, Sarah and Ross and their two children found the Whiting family had left them a life-changing gift.

The mother-of-two broke down in tears me as the weight of money worries lifted from her shoulders, all thanks to the act of kindness from strangers they had never met.

They promptly cut up their credit cards, as Ross said: ‘For that sum to be there and to wake up and not be there is a dream.’

Seven weeks after filming Colin and Lizzy Whiting met with the Timmins and started a joint savings plan for their house deposit. 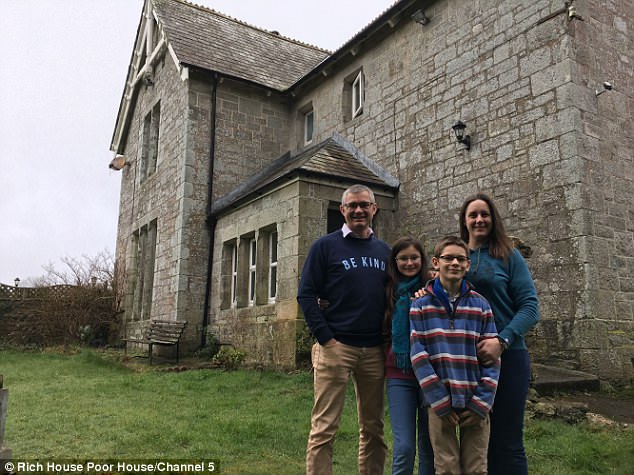 They swapped lives for the week with Colin and Lizzy and their two children Kate and Philip, who lived in a five-bed farmhouse in Newquay

During the show, Sarah and Ross explained how they began to rely on borrowing from high-interest credit cards to cover emergency spending.

‘We do have a considerable amount of debt but it hasn’t been brought on from living a high lifestyle,’ he said.

‘We come stuck on a bill at the end of a month and we put a little bit on the credit card. But then in leads to a downward spiral.’

Ross, who works six days a week and sometimes up to 90 hours on a shipyard, said that their monthly payments of more than £500 only just covered the interest and they hadn’t even made a dent in the £11,000 they had over six cards. 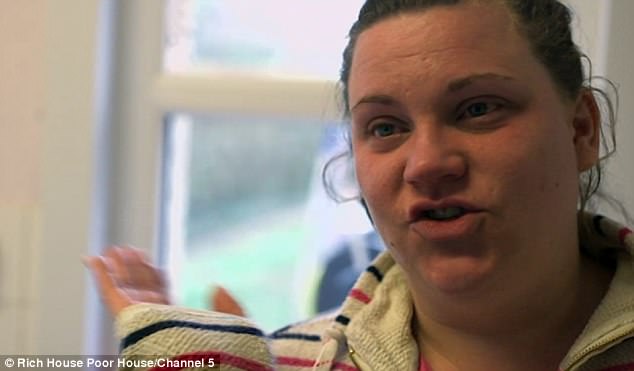 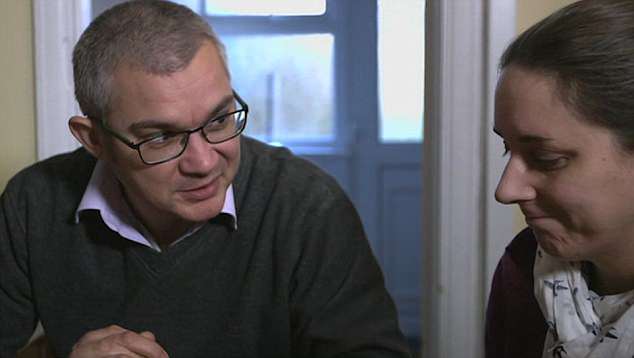 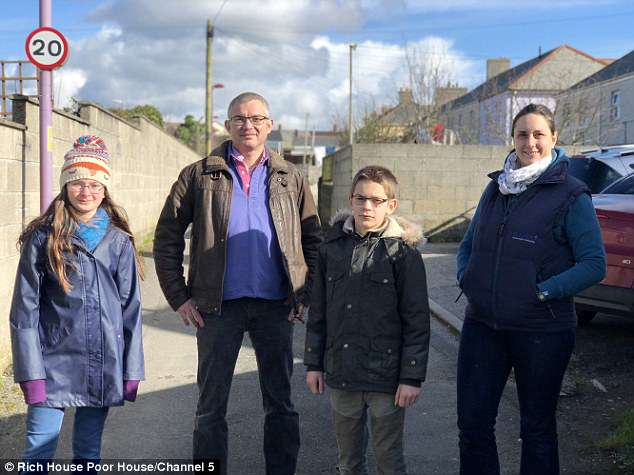 Colin is the director of his own veterinary surgery and Lizzy is a part-time on-call vet and have a weekly disposable income of £1,235

Without the credit card repayments, they could easily have doubled their weekly budget.

The Whitings slowly uncovered the truth about the struggle of the Timmins, speaking with their family members while staying in their house in Redruth.

They had just a taster of what it was like living on the breadline as Colin, who is the director of his own surgery, found himself constantly checking on the electricity meter and worrying about how much it cost to boil the kettle for a cup of tea.

The eye-opening experience was enough for them to take action and break the rules of the swap – using their own finances to buy Sarah and Ross’s children Max, five, and Polly, two, a treehouse, as well as pledging to help them pay off their debts. 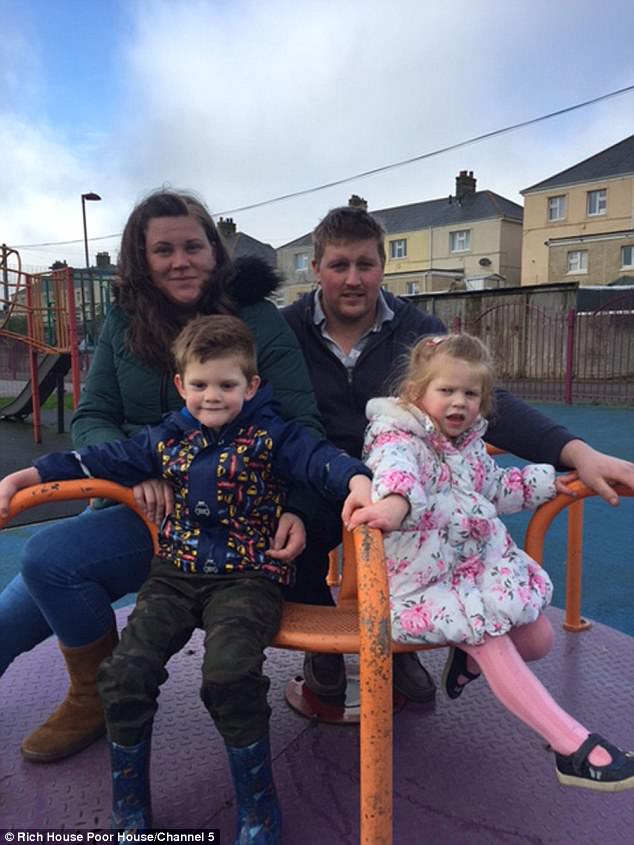 ‘Been in Ross and Sarah’s shoes has felt hard, it’s felt bloody hard. That the shortage of money is in your face just everywhere you turn,’ Colin reflected after the experience.

‘Once we had come to an understanding we decided that we wanted to help this family to move away from that situation of the debt dragging them down.’

Money was a constant worry for childhood sweethearts Sarah and Ross, which had put a strain on their own relationship, as they tried to provide for their two children as well as run a home and stay strong as a family.

‘We’re only a pay check away from being in trouble aren’t we?’ Ross said. 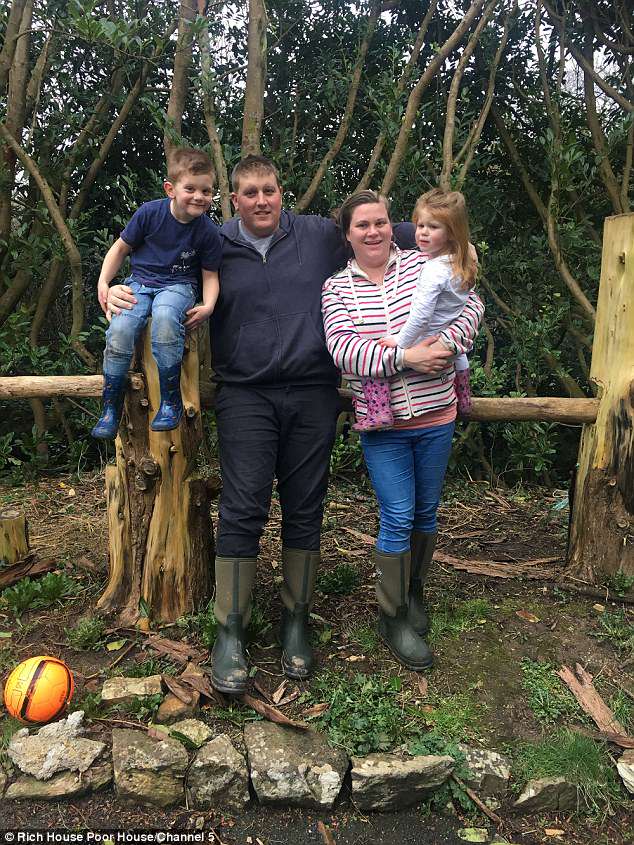 But the week they were able to live carefree without the strict need for budgeting.

They enjoyed a day trip to the Eden Project – the cost of the trip being three quarter of their usual budget – as well as treating the whole family to a spot of ice-skating, followed by burger and chips at a cafe on site.

The couple also treated their children to new toys worth £90 on a shopping trip, and pampered themselves at the hair salon spending £80.

And after spending £100 on a romantic three-course meal for just the two of them, Sarah said: ‘With the reality of family and debt, you forget, you tend to fall out of love.

‘Sometimes you need to have a kick in the right direction and reboot everything and remember how you got here and that’s because of each other.’

When Sarah and Ross, who hadn’t had a holiday since their honeymoon in 2014, discovered the letter at the home after their week away in the countryside they couldn’t believe their luck.

‘For a family to have stepped in our shoes and offer the gesture that they have and never actually met us is something that I never really thought existed,’ Ross said.

‘It will be life changing. It is a dream,’ Sarah added.