‘He’s too good… he’s got that Thierry Henry kind of feel’: Rio Ferdinand and other BT pundits laud Leroy Sane after brilliant free kick helps Manchester City come from behind to beat Schalke

Leroy Sane has been compared to Thierry Henry after he came on to score a spectacular free kick as 10-man Manchester City came from behind to beat Schalke 3-2 on Wednesday.

The German winger replaced Sergio Aguero with 12 minutes left in the second half before he equalised with a superbly hit free kick to start the visitors’ late comeback.

Sane continued to dazzle during his short cameo as he caused problems for his former employers before Raheem Sterling burst through to score the winning goal in the first leg of the last 16 clash. 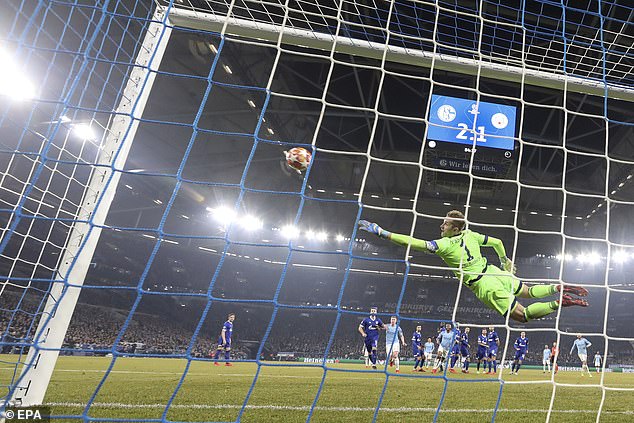 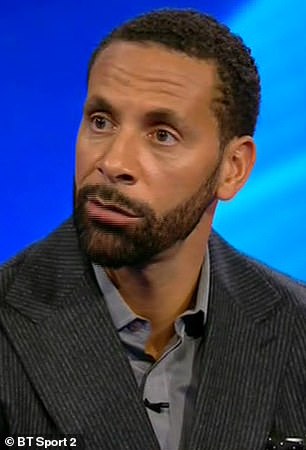 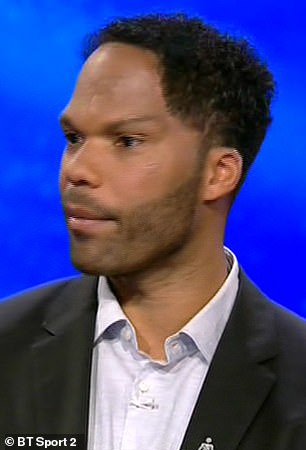 BT pundits Rio Ferdinand and Joleon Lescott raved about his performance following City’s impressive win as they analysed his short time on the pitch.

Ferdinand said after the game: ‘He’s [Sane] too good – he’s a beautiful footballer, poetry in motion.

‘He’s a fantastic player. He’s so smooth, silky in the way he plays. He made a little nutmeg in the game and we were sitting here giggling, but he’s got the end product, he’s a killer in that sense of the game.’ 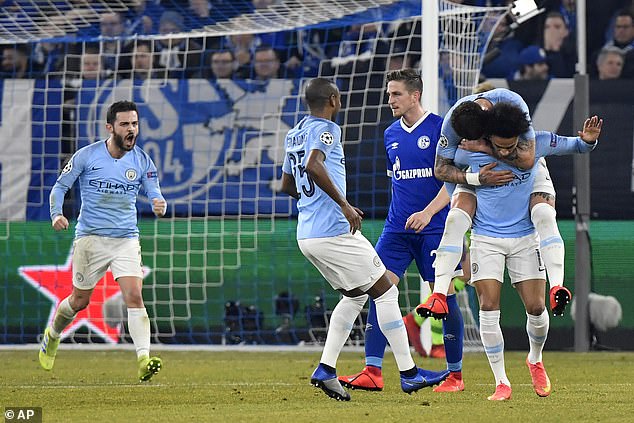 Former City defender Lescott was also full of praise for the German and even compared Sane to Arsenal legend Henry.

Lescott said: ‘He’s got that Thierry Henry kind of feel… I thought it was a bit strange to take off [Sergio] Aguero when you’re behind, but Pep Guardiola knew what he was doing.’

Owen Hargreaves was impressed with how consistent Sane was getting when taking free kicks.

He said: ‘If you take free kicks, you have a picture in your mind where it’s going to go. I don’t think I’ve seen him miss a free kick, that’s how good he’s getting.’ 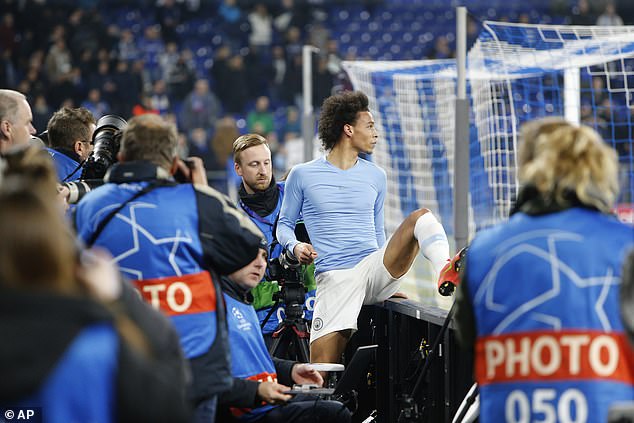 After City’s 3-2 win, Sane hopped into the crowd to give a Schalke fan his shirt 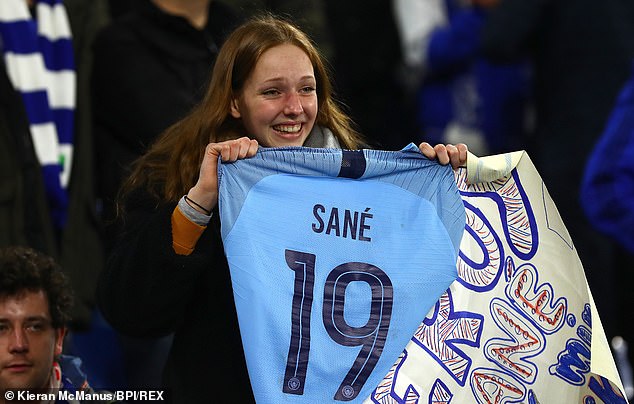 Sane, who started his career at Schalke, refused to celebrate his spectacular equaliser and even admitted that he was ‘sad’ for the home support following the result.

The 23-year-old said: ‘The fans are really loud, the team is following them, and we knew it would be really tough here. I think you can see it’s a lot.

‘I was a little bit sad for Schalke, especially for the fans, because the atmosphere was amazing. I think Schalke played really well. The way they defended made it really difficult for us.’

The Germany international endeared himself to his former club further as he handed one tearful Schalke supporter his shirt after the final whistle.