Robert Kennedy III’s wife is pregnant with a baby girl

Robert Kennedy III and his new bride Amaryllis Fox are reportedly expecting a baby girl by the end of the year.

Fox was pregnant when the pair got married at the Kennedy Compound on Cape Cod in early July, sources told Page Six.

‘It was what they called in the old days ‘a shotgun wedding’,’ a wedding guest said.

Robert Kennedy III and wife Amaryllis Fox are expecting a baby girl by the end of the year. Fox was pregnant at their July wedding (above) at the Kennedy Compound on Cape Cod

‘It’s no secret. They are both very open about the pregnancy.’

Another source close to the family said Kennedy and Fox didn’t want to upset his grandmother Ethel Kennedy.

‘I’m sure they didn’t want to upset Ethel, but she’s a strong woman and is probably just glad they did the right thing.’

The bride, who is a former CIA clandestine service officer, shared several photos on Instagram after the wedding in which she appeared to be hiding her bump behind her bouquet. 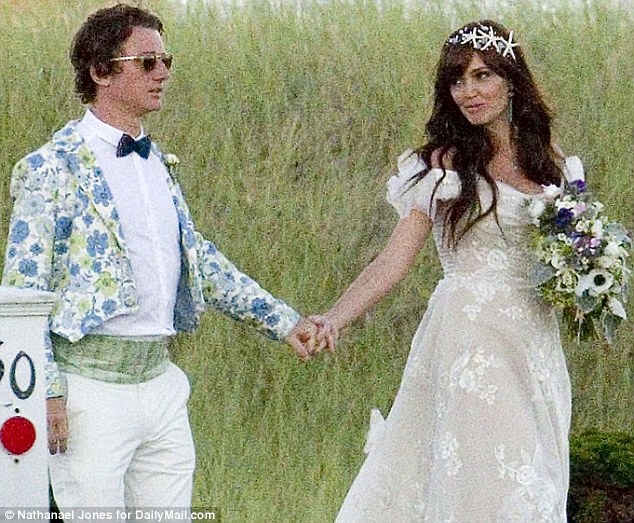 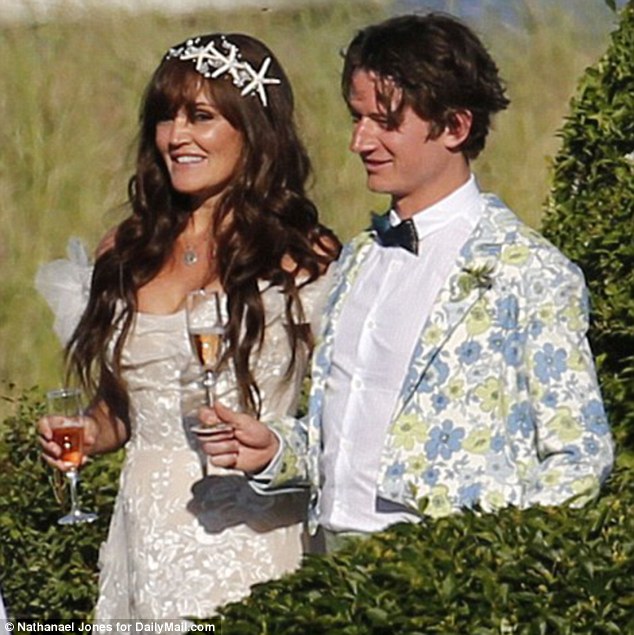 Fox, who toasted her new husband with what appeared to be champagne, wore a tulle gown with embroidered flowers

The couple tied the knot in a barefoot ceremony overlooking a beach in Hyannis Port, Massachusetts on July 7 in front of 225 relatives and friends.

Fox, for whom it was a second marriage, wore an off-white tulle gown with embroidered flowers and a crown made of starfish and small sea shells.

The groom wore ecru pants and a blue-and-green shirt-style tailcoat with a matador-style cummerbund. 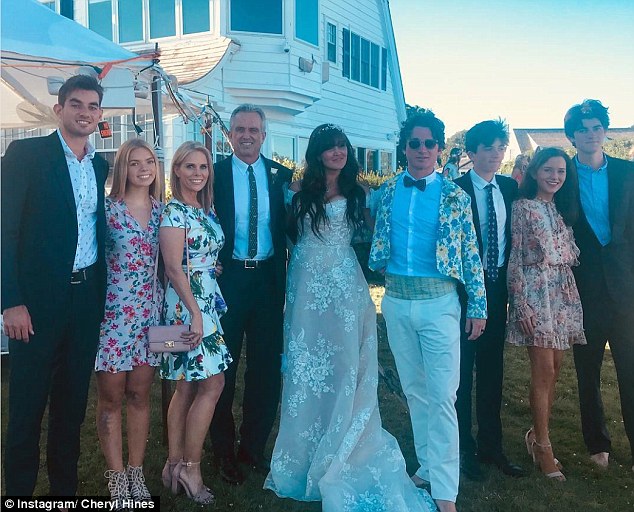 Kennedy and his bride posed with his father Robert F. Kennedy, Jr. and his wife Cheryl Hines, as well as his siblings on his wedding day 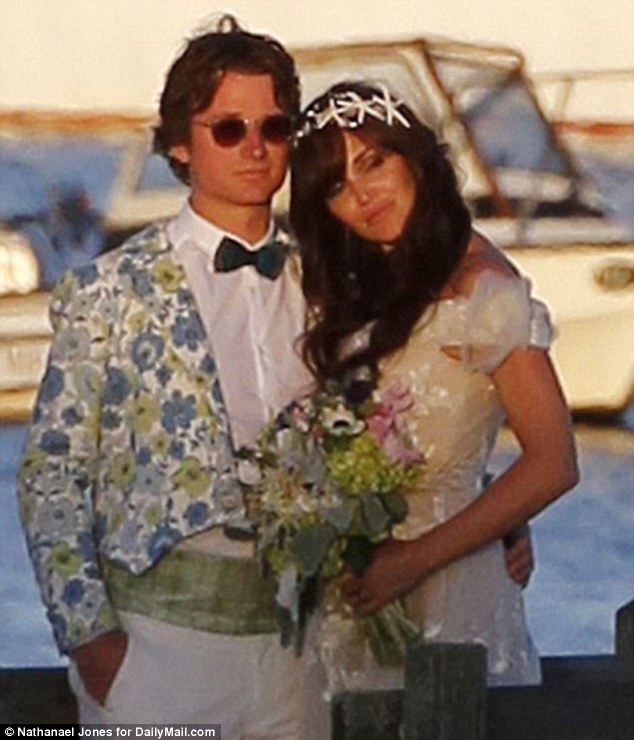 The couple tied the knot in a barefoot ceremony overlooking a beach in Hyannis Port, Massachusetts on July 7 in front of 225 relatives and friends