Antonio Guterres, Secretary-General of the United Nations, says the Covid-19 crisis is the greatest global test since the Second World War, and we are far from through it yet.

It might take another year before it passes, but already we can see that Britain is towards the bottom of the international rankings when it comes to managing fatalities from the first wave of infections.

The methods we have used to fight the virus have been ancient, based on shutting ourselves away, even though such medieval practices are ruinous for today’s global economy.

The past few weeks have seen a strange return deep into the historic past as we experience for ourselves how pandemics were tackled across much of the world, including Britain

We’ve never bothered to come up with anything better, largely because global pandemics of this severity are so rare in countries such as ours. Now we know that has to change – and quickly.

The good news is that we already have enough technology and know-how to live near-normal lives alongside Covid-19 without the need for the destructive lockdowns we see in much of Europe.

These methods could help secure the world economy in case of future outbreaks of this and other devastating infections. We should embrace them immediately.

The past few weeks have seen a strange return deep into the historic past as we experience for ourselves how pandemics were tackled across much of the world, including Britain.

Containment – isolating those who are ill and infectious – is the oldest known response to mass infection, dating back thousands of years. 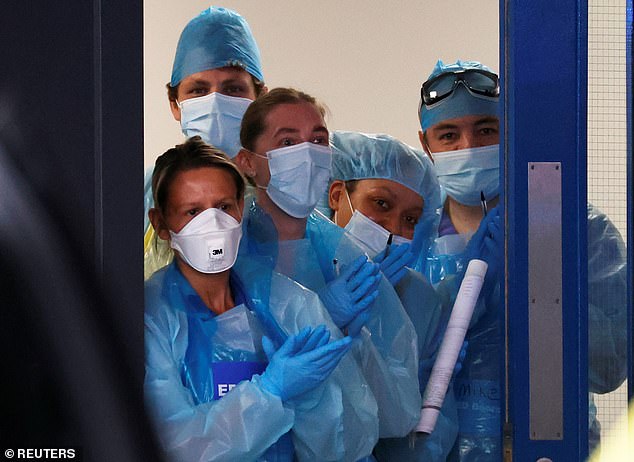 The per capita Covid-19 death rate in Germany is a quarter of that published in the UK. If German procedures had been followed, the UK would have saved thousands of lives. NHS workers are pictured above in Liverpool

Then there is quarantine, under which new arrivals are confined for a period to see if they are harbouring infection.

In 1448, the Venetian Senate began demanding that all foreign ships wait ‘quaranta giorni’, meaning 40 days, before being allowed to land. This enforced delay was based on astute observation. The bubonic plague had a 37-day period from infection to death.

Many countries have put all new arrivals into quarantine, and it seems certain that by the end of the month, this will include arrivals to Britain.

Then there is the ancient art of social distancing. In January 1630, with the arrival of the plague from Lombardy, the public health agency of Florence ordered citizens to be shut in their homes for 40 days while schools, taverns, gambling dens and barbers’ shops were closed and ball games forbidden.

Florence was more generous than 2020 England. To nourish the poor, each of the 30,000 Florentine households received a daily consignment of two loaves of bread, a pint of wine, meat four days a week, salads, rice and cheese, along with firewood.

Those caught breaking the regulations were fined or imprisoned. One in eight Florentines died in the plague, but that was far better than in other northern Italian cities where such social distancing was not practised. Verona lost more than 60 per cent of its population.

Finally, there is ‘protective sequestration’. Those who are most at risk, or those who have the money, completely isolate themselves. In the 1665 plague, those who could afford it left London for their country estates – much as we have seen with Covid-19.

Yet technology has completely transformed how we live and work during social distancing and should allow us to move beyond these medieval suspensions of normal life. 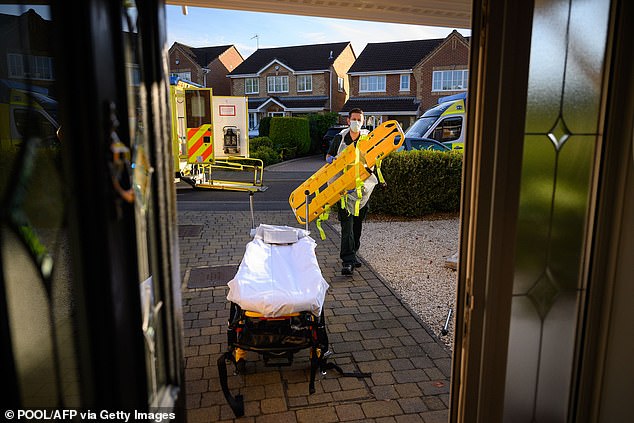 It might take another year before it passes, but already we can see that Britain is towards the bottom of the international rankings when it comes to managing fatalities from the first wave of infections. Ambulance crew wearing protective gear are pictured above in Portsmouth

From Zoom to Netflix, we have capabilities that did not exist even 20 years ago and pandemic risk management, too, is being brought into the 21st Century.

In part, we can thank the experience gained from recent epidemics in the Far East, particularly SARS (Severe Acute Respiratory Syndrome), which came out of western China at the end of 2002 and spread to neighbouring countries. A coronavirus like Covid-19, it had a terrifying fatality rate of 14 per cent.

Fighting SARs taught the countries of Asia some critical lessons, and procedures were further sharpened when South Korea was hit by an even deadlier coronavirus called MERS (Middle East Respiratory Syndrome) in 2015.

So when Covid-19, a close cousin of SARS, emerged in Wuhan in November 2019, some countries were already well prepared.

Taiwan, for example, reinstalled its active surveillance and screening systems – including passenger thermal imaging systems – at all airports and ports.

The national health insurance database was integrated with the immigration and customs database, including records of passengers’ previous two weeks of travel, and the system was extended to foreign visitors.

Those who had been in high-risk areas were quarantined and kept in place through ‘geofencing’ – which is to say their movements were monitored through government-issued mobile phones.

The number of new daily cases in Taiwan rose to 27, on March 20, and was then driven right down again.

Technology-supported epidemic management was also implemented in South Korea. From the beginning of February, the government signed contracts with leading biotech companies to develop testing capabilities.

By the third week in March, 100 labs were carrying out 20,000 tests every day. South Korea also pioneered drive-through and walk-through test centres.

In February, new daily cases rose to almost a thousand, but still the public health agencies carried on case tracing and succeeded in bringing the numbers right down to close to zero.

South Korea provides a good example of how to manage the virus without destroying the economy, in what is called ‘everyday life quarantine’. Most of everyday life is back: from work, to restaurants and even to sporting occasions and theatre, but all with added social distancing.

Every business, school and social group has a quarantine manager. Meanwhile the technology-enabled contact tracing and testing continues, chasing down every new case back to quarantine its source.

China has also been successful at suppressing infections and is now bringing back the economy, with tough measures such as facial recognition and thermal cameras on the streets to identify people who should be in isolation. 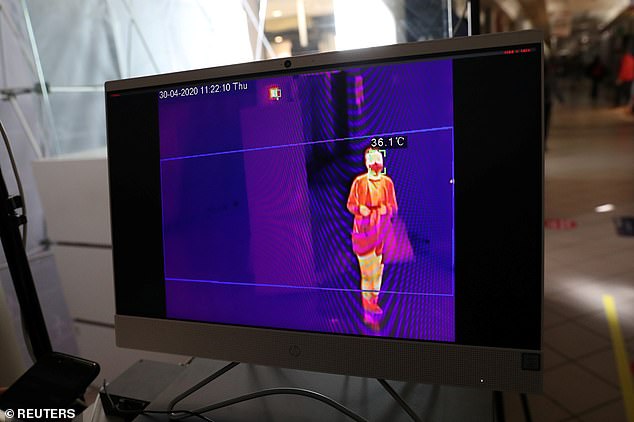 It seems that none of our Government’s scientific advisers had first-hand experience of managing the 2003 SARS outbreak, or of learning from those countries and cities that were in the SARS front line.

There was no early investment in ramping up testing capacity. Contact tracing, which initially seemed quite successful, was abandoned in mid-March as the number of daily cases rose into the hundreds.

Quarantine was imposed in the UK on some groups, such as those rescued from Wuhan or repatriated from cruise liners, but was never applied where it was most needed, to those returning from the infectious Italian ski resorts or Spanish cities, for example.

The European country that did set out to learn from the Asian experience of SARS was Germany, where virologists developed a test for Covid-19 in mid-January.

Before the main wave of infections began in Germany, they had spent money ramping up testing capability so that contact tracing, quarantine and containment could be sustained through the peak of infections.

In the week of March 16 when the director of the WHO instructed nations to ‘test, test, test’, there were 170 labs in Germany performing more than 15,000 tests a day – ten times the total in the UK, where we chose to delay testing for three weeks to develop our own tests rather than acquire German kits. 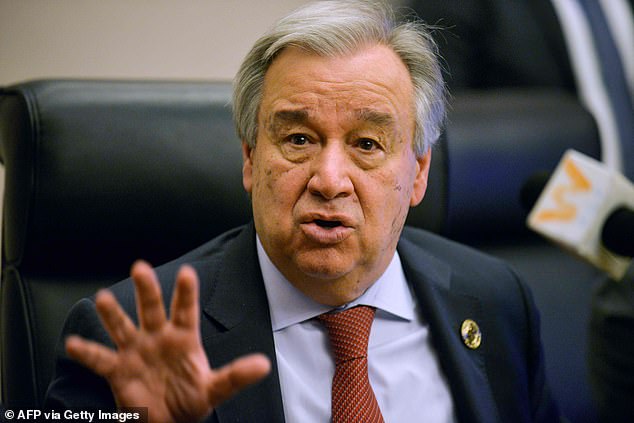 Antonio Guterres, Secretary-General of the United Nations, says the Covid-19 crisis is the greatest global test since the Second World War, and we are far from through it yet

What did that mean for death rates? The per capita Covid-19 death rate in Germany is a quarter of that published in the UK. If German procedures had been followed, the UK would have saved thousands of lives.

We came into the pandemic completely unprepared. The Government had planned for a severe new strain of influenza, not a coronavirus. We then unwrapped ancient methods of managing the infection rather than learning from countries with recent experience of SARS.

The result has been ruinous.

From now on, we must face reality and we must be practical. We must accept the use of smartphone technology for reporting contacts and thermal imaging cameras in public places, and we must embrace big data. Social distancing has to be embedded into normal life.

We already have mathematical models showing how opening up different business and social activities will change the rate of infection. We should use them.

In all humility, we should learn from those countries that have performed far better.

We have a stark choice: to give up some personal freedoms over contact tracing, facial recognition and surveillance, or lay ourselves open to further lockdowns and economic destitution.