Were courtiers making a cruel joke at Meghan Markle’s expense before the Royal Wedding?

A motoring buff points out that the Rolls-Royce Phantom IV the Royal Mews sent to deliver Meghan and her mother, Doria Ragland, to St George’s Chapel, was the same vehicle they used to convey Wallis Simpson to the funeral of her husband, the Duke of Windsor, in 1972. Like Meghan, Mrs Simpson was an American divorcee. Her marriage to Edward VIII caused the 1936 abdication crisis.

If it was a joke, it wouldn’t be the first time Meghan, whose mother is descended from slaves, has faced such poor taste since becoming engaged to Prince Harry. At the Queen’s Christmas lunch at Buckingham Palace, Princess Michael of Kent chose to wear a blackamoor brooch.

She later apologised for the accessory, which depicted a black servant. However, Aatish Taseer, the former boyfriend of her daughter, Lady Gabriella Windsor, claimed Princess Michael had a ‘desire to shock’.

Does poor Meghan know what she’s let herself in for? 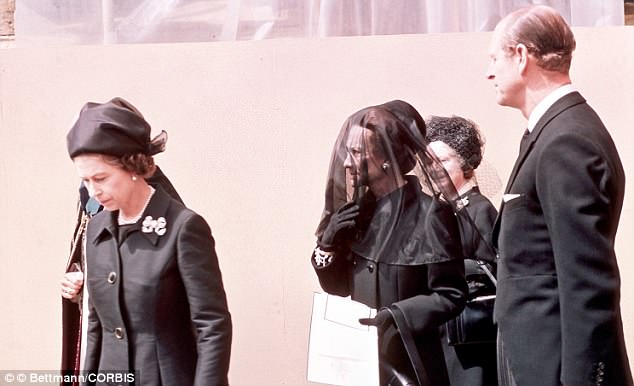 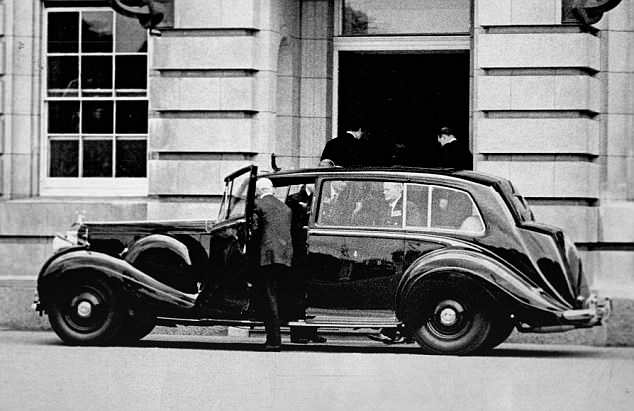 Wallis Simpson, wife of the former King Edward VIII, in the Rolls-Royce at Buckingham Palace

Who would dare utter a word of criticism against the new Duchess of Sussex?

Top fashion designer Emilia Wickstead has felt the need to issue a grovelling apology after mentioning to me at a party last week that Meghan Markle’s wedding dress was ‘identical’ to one she had created.

Comparing the £200,000 Givenchy gown designed by Clare Waight Keller (far right) to her own £7,000 off-the-shoulder Helene dress (near right), the 34-year-old favourite of the Duchess of Cambridge told me: ‘Her dress is identical to one of our dresses. Apparently a lot of commentators were saying: “It’s an Emilia Wickstead dress.”’

Now, after facing extraordinary online criticism, she has backtracked. In a statement posted on her Instagram page on Sunday, she cooed: ‘Her Royal Highness, the Duchess of Sussex looked absolutely beautiful on her wedding day and I have the utmost admiration and respect for her. 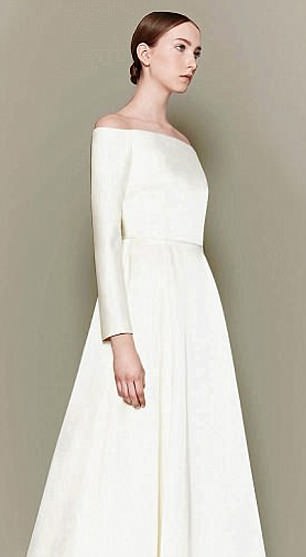 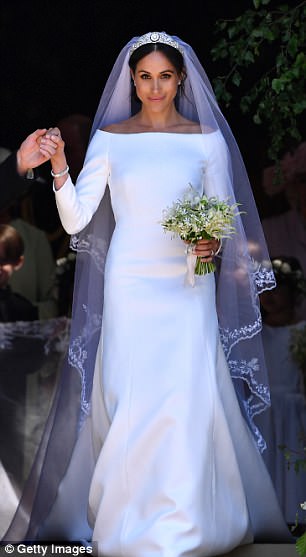 ‘I do not think that her wedding dress was a copy of any of our designs. I have the greatest respect for Clare Waight Keller and the House of Givenchy — a huge source of inspiration to me.’

It is not the first time she has found herself entangled in a PR debacle. Two years ago, having designed a sumptuous dress for the marriage of the Duke of Wellington’s daughter, Charlotte Wellesley, to billionaire financier Alejandro Santo Domingo, Wickstead arrived at the nuptials wearing a floor-length ivory frock with her trademark fold-down, off-the-shoulder neckline, which, several observers noted, was uncannily similar to the bridal gown.

As the son of Hollywood stars Michael Douglas and Catherine Zeta-Jones, he is used to grand occasions. So 17-year-old Dylan Douglas looked very much the part as he donned his dinner suit for his school prom in Los Angeles.

‘Prom Proud!’ gushed his 48-year-old mother as she shared this picture with her fans online. ‘Graduation around the corner! So proud of you Dylan, college bound! Love you so.’

Awkwardly, his father, the Fatal Attraction star, 73, is sometimes mistaken for Dylan’s grandpa. 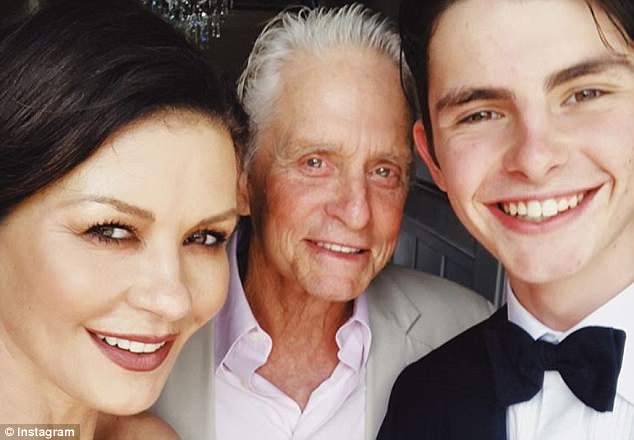 ‘Prom Proud!’ gushed his 48-year-old mother as she shared this picture with her fans online. ‘Graduation around the corner! So proud of you Dylan, college bound! Love you so’

Best known for his bodice-ripping adaptations of classic novels such as Pride And Prejudice, Bleak House and War And Peace, screenwriter Andrew Davies is now turning Victor Hugo’s Les Miserables into a BBC drama series. ‘But I have to admit I had never read the book before I started or even been to see the musical,’ he confesses at the Hay Festival. ‘I am just vaguely aware of a few of the tunes.’