Shakhtar were defending a 2-1 lead from the first leg in Kharkiv, where they had come from behind.

However, a goal from Edin Dzeko early in the second half swung the tie back in favour of the Italians. 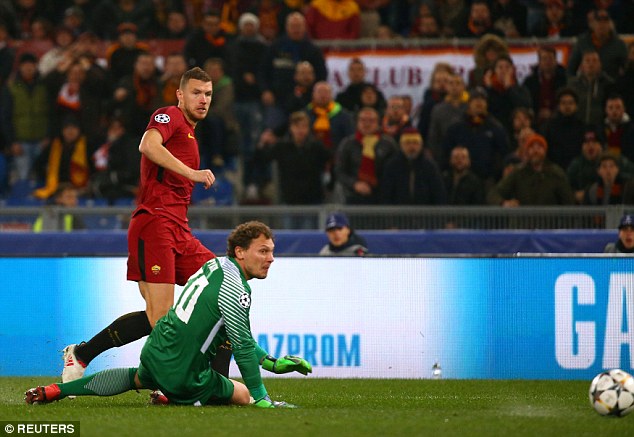 With 11 minutes left, Shakhtar defender Ivan Ordets was shown a straight red card for hauling down the Roma frontman as the hosts closed out victory to progress on away goals and reach the quarter-finals for the first time since 2008.

‘This is an extraordinary result because it’s not easy to play at these levels,’ Di Francesco said. ‘This was a team made up of men who I won’t say played the game of their lives, but almost.

‘Roma have had the satisfaction this year, despite some difficult times, of getting into the quarter-finals of the UEFA Champions League and we need to be proud of this. And as for our fans – I had goosebumps. 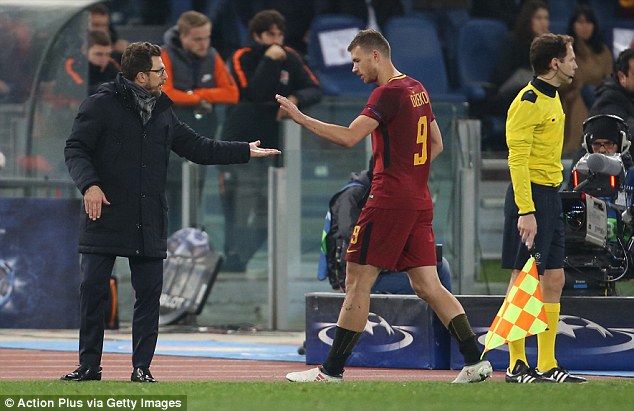 Di Francesco is convinced the Giallorossi, now third in Serie A, can secure a positive end to their campaign.

‘We’ve won five of our last six in the league and we’re into the last eight in Europe, so I am seeing growth in this team,’ the Roma coach said, as quoted on www.uefa.com. ‘I am totally convinced that this team is going places.’

The Ukrainians had last reached the quarter-finals in 2011, which came at the expense of Roma.

While his side were not able to produce a repeat, Shakhtar boss Paulo Fonseca refused to be down. 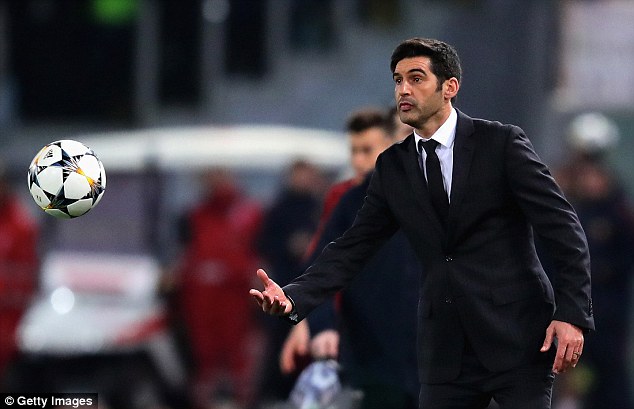 ‘We were so brave tonight. We played as if we were at home – dominating and playing the game how we wanted,’ he said. ‘Only great teams can do what we did here. I’m disappointed with the result but I’m happy with the personality we showed here.

‘I’m proud of my team who had 60 per cent possession, despite playing with 10 men at the end.’

The Portuguese added: ‘We had a fantastic (Champions League) campaign as we won all four home games. We defeated some great teams and our supporters have to be proud of us.

‘We were superior to Roma but the only mistake tonight cost us everything.’