‘It’s ridiculous!’ Row after Western Australia insists on keeping the border shut to EVERY state – as billionaire Clive Palmer prepares to take state officials to court

The attorney general has slammed Western Australia’s insistence that opening its borders to some states is ‘unconstitutional’, saying the claim ‘defies logic’.

Western Australia’s Premier Mark McGowan is determined to keep borders closed to all states, with the decision soon set to be scrutinised by the nation’s highest court.

Billionaire mining magnate Clive Palmer’s legal challenge against the closures is before the Federal Court, with hearings listed for next week.

Once the facts of the case are established, it will be heard in the High Court.

The federal government, which opposes WA’s hard interstate border restrictions, is set to give evidence in the matter. 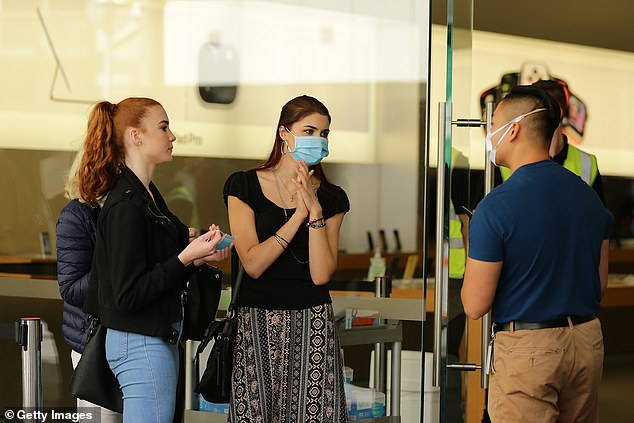 Restrictions have eased in Perth (pictured, shoppers at the city’s Apple store) but those from other states are still banned from coming in

WA Premier Mark McGowan this week wrote to Prime Minister Scott Morrison urging the Commonwealth to withdraw its involvement, saying it made no sense to challenge WA’s position while also endorsing the NSW-Victoria border closure.

But Attorney General Christian Porter says it is appropriate for the Commonwealth to provide its view on such matters, noting that Victoria is the only remaining state with significant community transmission of COVID-19.

‘The question is whether or not each state is properly adapting its rules and its border restrictions to the problems it’s facing,’ Mr Porter told 6PR radio.

‘It’s a fluid situation and it’s a matter of assessing evidence from experts before the courts. 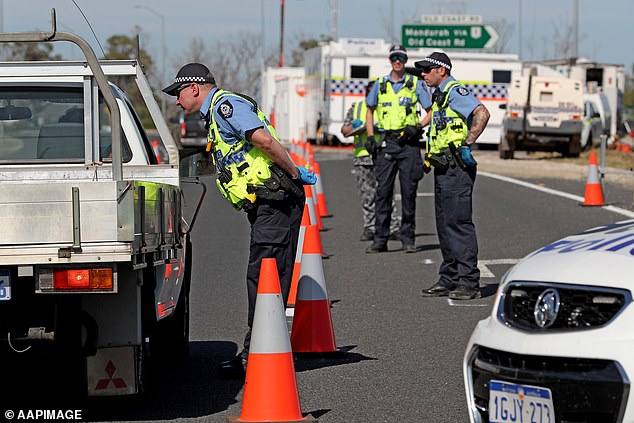 ‘The constitution has provided for the establishment of a nation and part of the core feature of a nation is the ability to move across state borders.

Mr Porter said it ‘defied logic’ to claim that it could be unconstitutional to open the WA border to some states but not others.

He rejected calls for Canberra to stay out of the dispute, saying the idea the Commonwealth would not be heard in a constitutional matter was ‘ridiculous’.

Two cases relating to Queensland’s border closures are also before the Federal Court.

Mr Palmer, a noted critic of the WA premier, has accused the McGowan government of discrimination against Queenslanders.

‘We haven’t had any COVID-19 cases for weeks now, yet the WA Premier keeps Queenslanders out of his state,’ he said.

Palmer does regular business in WA, and he applied to police for an exemption to allow him to fly on his private jet from Queensland to the west in May.

The United Australia Party leader intended to arrive in Perth soon after his application but he was told it had been rejected by WA Police.

He said police told him he could apply for an exemption that would require him to provide details of where he goes while instate, which he slammed as ‘unacceptable conditions’.

‘No matter how popular McGowan is now, he won’t be very popular in three months when people in Western Australia are closed up when they don’t need to be and when they lose their livelihood and businesses are destroyed,’ he said in May. 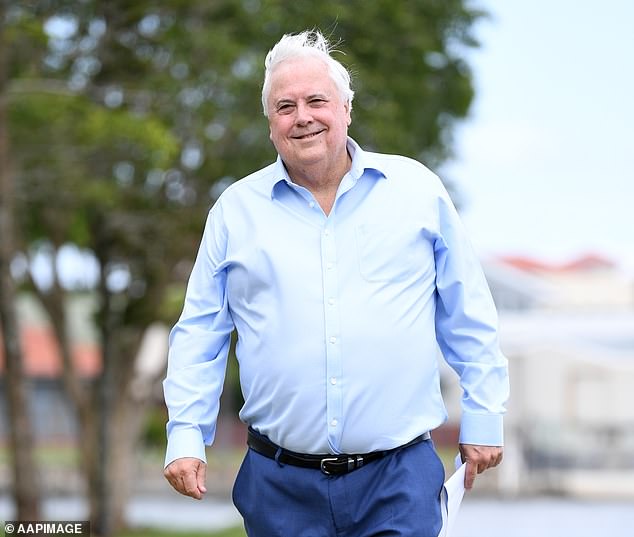 Billionaire mining magnate Clive Palmer’s (pictured) legal challenge against the closures is before the Federal Court, with hearings listed for next week