Ruff guide to lockdown! Dog owner creates spoof video of his ‘bored’ pooch doing puzzles, working out, washing up and turning to alcohol during quarantine

A hilarious video shows a well-behaved pooch performing household chores and lifting weights with human hands while his owner hides behind.

Swim coach Greg Baskwell, 30, and his adopted dog Finley from Charlotte, North Carolina, are no strangers to putting on a show, with over 1,00,000 views on their Youtube skits.

And while most of the world remains inside due to the covid-19 pandemic the creative pair have expressed their lockdown frustrations in the best way they know how – performing as a half-man-half-dog creature.

In the clip the dog can be seen going about quarantine household tasks such as washing the dishes, doing a home workout, cleaning surfaces, tending to potted plants and drinking alcohol.

The strange illusion of Mr Baskwell’s hands acting as if they are Finley’s own makes for a comical routine.

While Finley ‘washes dishes’ in the sink he also takes the unusual approach of licking the plates clean. 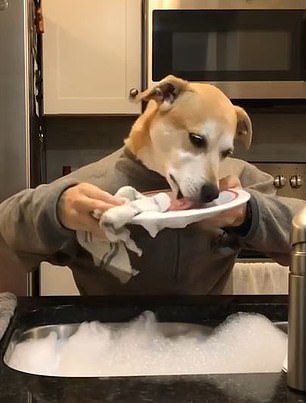 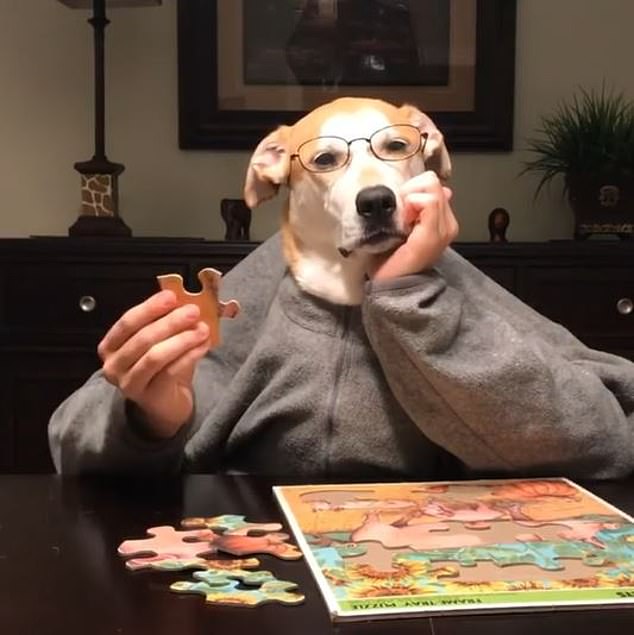 Bored in the house: Finley does not look impressed as he does a puzzle while wearing glasses and a relaxed sweater during lockdown 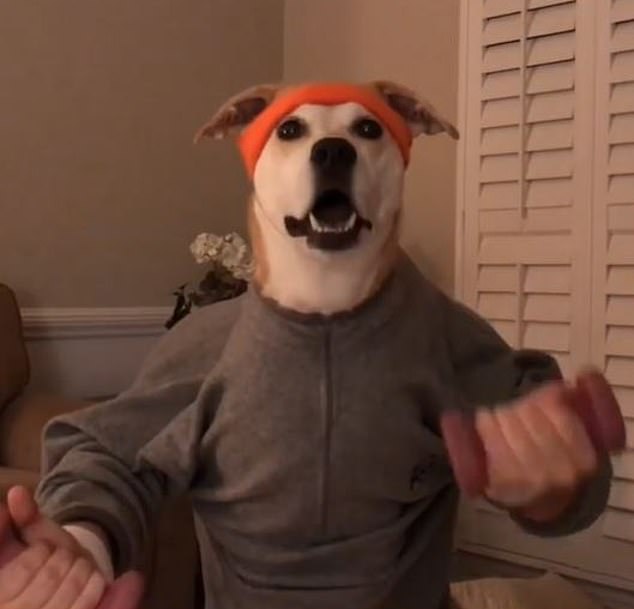 The pooch does not appear to be letting himself go in lockdown as he works out with weights in the living room, Mr Baskwell can be heard encouraging him to do another repetition

And during his ‘workout’ the pooch definitely acts the part, panting and ‘counting’ every time he does a bicep curl with a weight.

The clever canine is also filmed ‘doing a puzzle’ while wearing glasses and a relaxed sweater.

Another humorous clip shows the dog burying his bone in a potted plant with human hands.

The sequence is set to a track called Bored In The House by rappers Tyga and Curtis Roach, a song which is currently trending on the video app TikTok as people film themselves being bored in their homes. 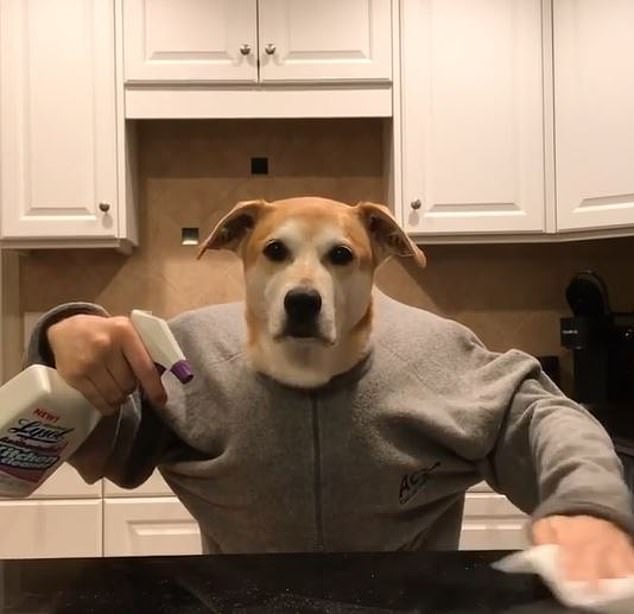 Here Finley has taken to cleaning his home due to boredom. The pup certainly does not look impressed 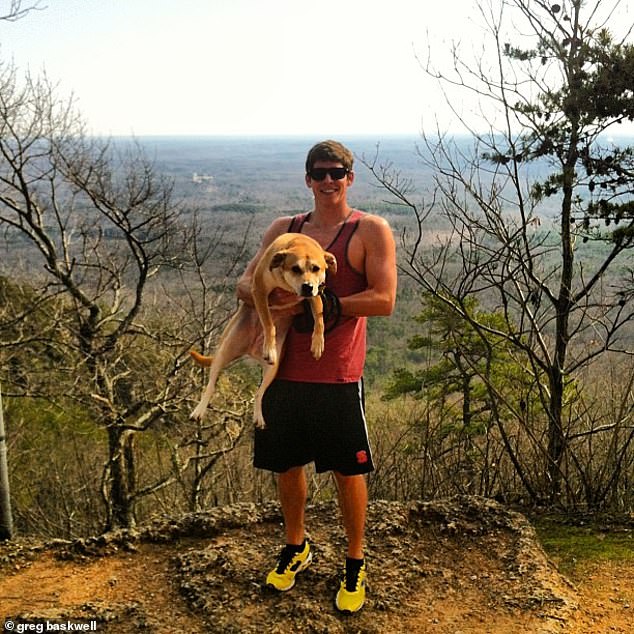 Greg Baskwell, 30, and his dog Finley enjoy a hike. The obedient pooch and his owner seem to have tried every lockdown activity imaginable together

Together the pair capture the true spirit of quarantine boredom, titling the video ‘Quarantine…? More like, Boreantine’.

Mr Baskwell shared the video with the caption: ‘After two months indoors, there’s nothing left to do!’

The duo began performing in 2015 and found notoriety on the app Vine, Mr Baskwell and Finley now have around 120k followers on Instagram combined.