Russell Brand, 43, promised to ‘punch’ anyone who tickled his daughters Mabel, two, and Peggy, six months, claiming it ‘violates their bodily autonomy’

Russell Brand has called for tickling children to be banned because it ‘violates their space’.

The comedian, 43, promised to ‘punch’ anyone who tickled his daughters Mabel, two, and Peggy, six months, claiming it ‘violates their bodily autonomy’.

He told The Daily Star he regrets doing it to fellow comedian David Baddiel’s son Ezra in the past.

He told the newspaper: ‘It is an attempt to subvert the child’s bodily autonomy, to take away their right to their own space and peace.

‘Would you do it to an adult? Would you insert your rigid fingers into their belly or their armpits? Of course not.’

He said he ‘loathes’ it when people tickle children and believes they are ‘not old enough to decide for themselves’ so it should be outlawed.

Brand is married to TV presenter Kirsty Gallacher’s sister Laura, 31, who he lives with in a quiet Oxfordshire village.

He recently came under fire for admitting he has never spent 24 hours alone with their two daughters because their mother is more suited to the role. 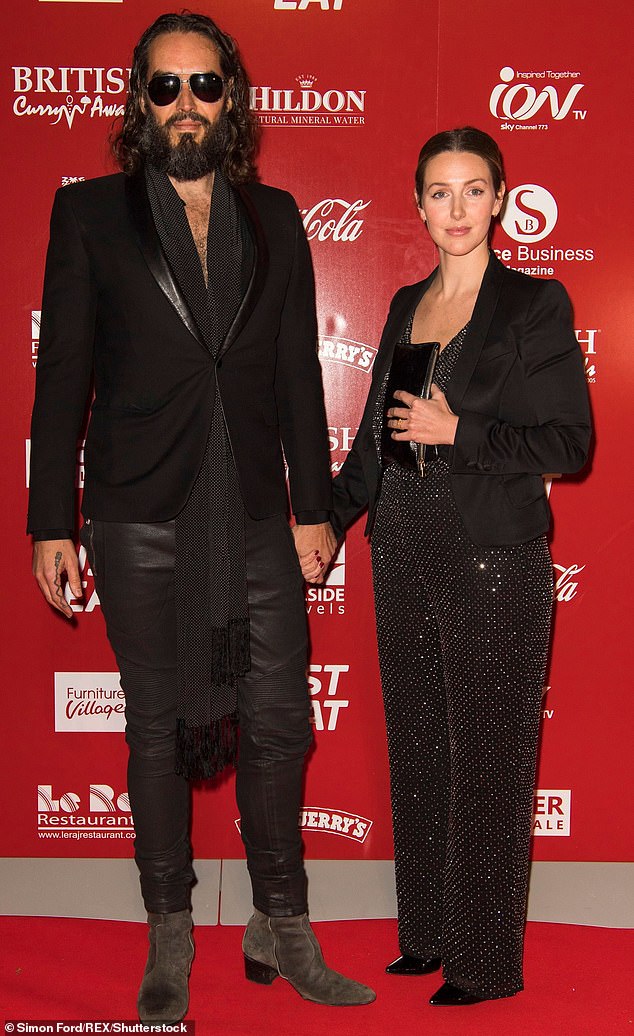 Brand is married to TV presenter Kirsty Gallacher’s sister Laura, 31 (pictured together in London in November) who he lives with in a quiet Oxfordshire villag

He told The Sunday Times: ‘She wouldn’t go away for 24 hours, Laura.

‘Laura’s able to sustain and maintain domesticity in a way that’s astonishing. I didn’t have much experience of how to organise domesticity. I do whatever I’m told.

‘It turns out that she is extremely well versed in the nuances and complexities of child-rearing.’

He admitted he is ‘too sensitive’ to change nappies and his ‘romantic, reflective, religious world view’ prevents him from being a full-time parent. 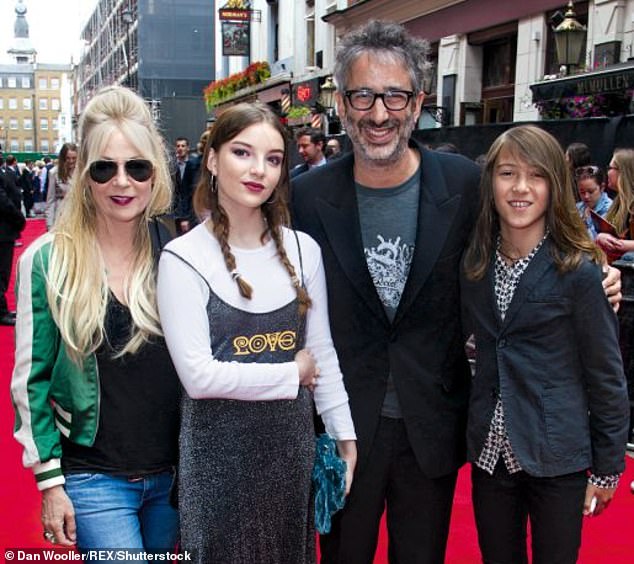