A Russian space capsule carrying three men has safely landed in remote Kazakhstan after a six-month mission aboard the International Space Station.

Their descent was located 146 km south-east of the Kazakh town of Dzhezkazgan. 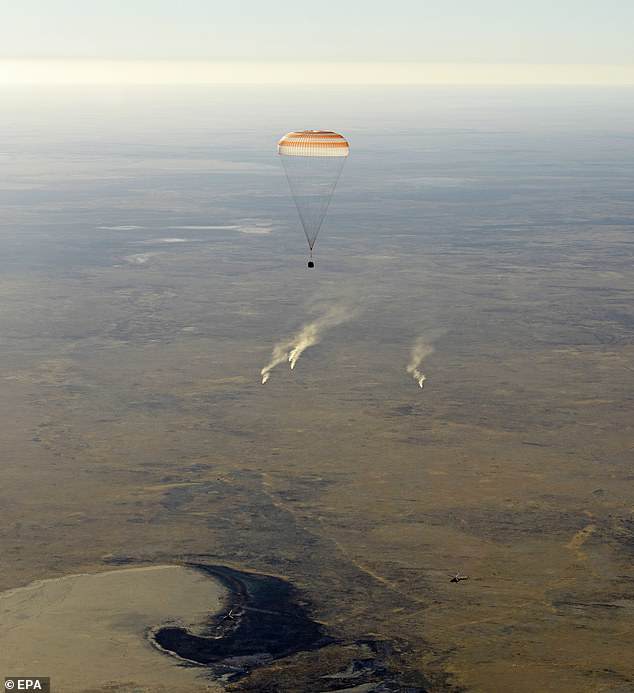 Team: Feustel, Arnold, and Artemyev are returning after 197 days in space where they served as members of the Expedition 55 and 56 crews onboard the International Space Station

The two Americans performed three space walks to carry out maintenance during their 197-day stay at the orbiting lab.

Artemyev conducted one spacewalk together with a fellow Russian.

A NASA astronaut and a Russian cosmonaut are due to launch next week to join three astronauts who remain in the orbit.

The returning capsule could be seen plunging towards Earth while anchoring a huge orange and white parachute, which slowed its death-defying approach.

Upon landing, Russian recovery crews rushed to the scene in a helicopter.

Moments later, the men emerged in good spirits and conversed with staff as they readjusted to gravity after months in orbit.

Artemyev was first to surface. He wrote ‘spasibo’ (thank you) and signed his name on the craft in chalk.

His US counterparts followed soon after. Together, they were presented with mobile phones, which they used to contact family-members. They were also given fresh fruit.

Medical checks were also undertaken as they rested on recliners. 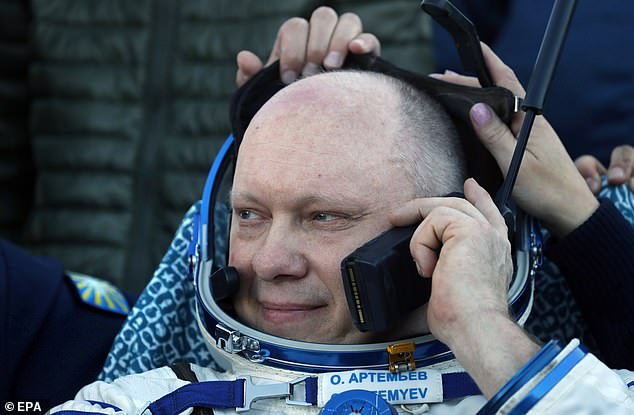 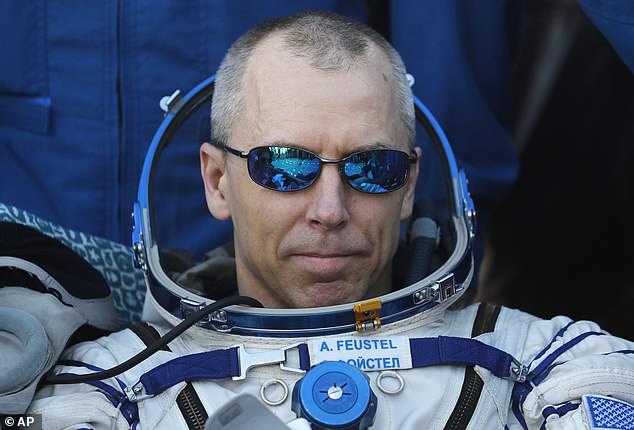 Reflection: U.S. astronaut Andrew Feustel rests after the completion of his epic mission 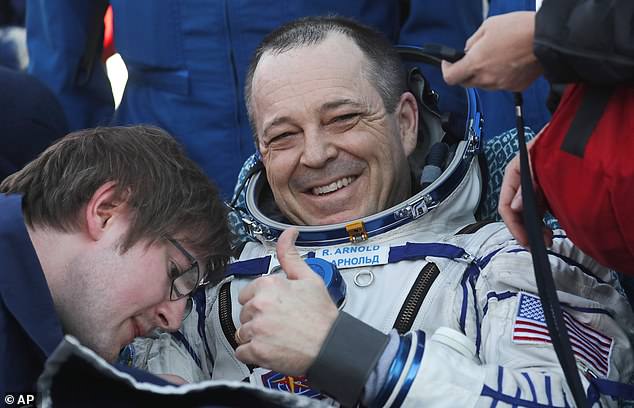 The landing came with Russian and US officials investigating the appearance of a mysterious hole in a Russian space craft docked at the orbiting station.

Detected in August, the hole caused an air leak on the ISS but was quickly sealed up.

This week the outspoken chief of the Russian space agency, Dmitry Rogozin, said investigators believed the small hole had been made deliberately and was not a manufacturing defect.

The official, who was placed under US sanctions over the Ukraine crisis in 2014, also bemoaned ‘problems’ in the Russian space agency’s cooperation with NASA that he attributed to interference from unnamed American officials.

Last month, the Russian daily Kommersant reported that an investigation had probed the possibility that US astronauts deliberately drilled the hole in order to get a sick colleague sent back home – something Russian officials later denied.

ISS commander Feustel has called the suggestion that the crew was somehow involved ’embarrassing’ and NASA on Wednesday expressed doubts over the theory that the hole was the result of sabotage. 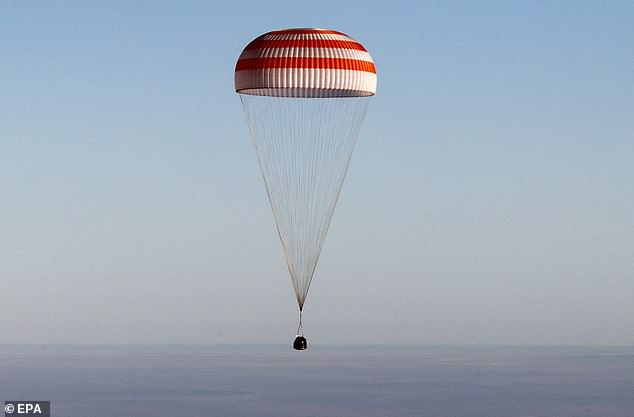 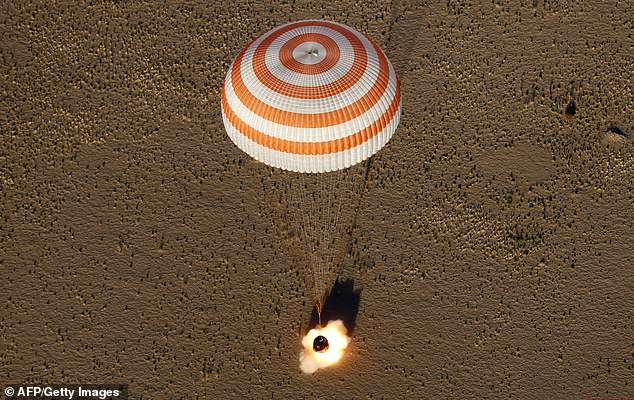 Impact: The capsule can be seen making contact with Earth in an area free of civilians 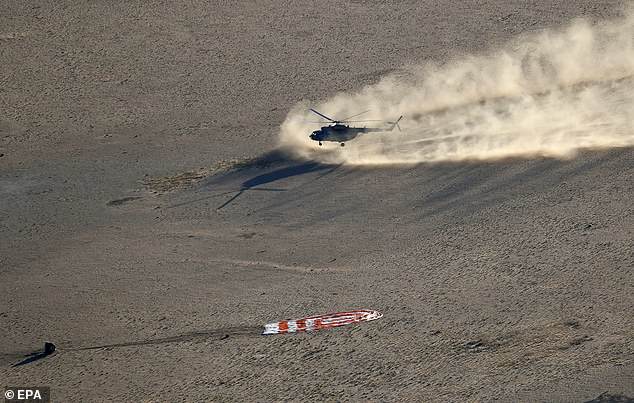 Assistance: Russian recovery crews attend the scene of the landing in a helicopter

The US space agency said that ruling out defects ‘does not necessarily mean the hole was created intentionally or with mal-intent.’

ISS astronauts are planning a spacewalk in November to gather more information on the hole.

The ISS is one of the few areas of tight Russia-US cooperation that had until now remained unaffected by the slump in ties, including after Washington’s sanctions against Russia over Ukraine and other crises.

The next launch from the Baikonur Cosmodrome in Kazakhstan is scheduled for next Thursday.