Sam and Phoebe Burgess have been fixtures at the annual Dally M Awards in recent years.

But the couple will be a no-show at the 2018 event, which will be held in Sydney on Wednesday night.

News of their absence comes just days after South Sydney Rabbitohs star Sam, 29, was cleared of any wrongdoing in NRL’s lewd sexting scandal.

Staying out of the spotlight? According to The Sydney Morning Herald, Sam and Phoebe Burgess WON’T be attending this year’s  Dally M Awards, to be held on Wednesday evening. They are pictured at last year’s ceremony

According to The Sydney Morning Herald, Sam will skip the ceremony, along with his twin brothers and teammates, George and Tom.

An NRL spokesperson told the publication that invitations to the Dally M Awards were only issued to ‘positional nominees and club captains’.

The Sydney Morning Herald states that ‘in past years, players who were not eligible to win have still attended the event’. 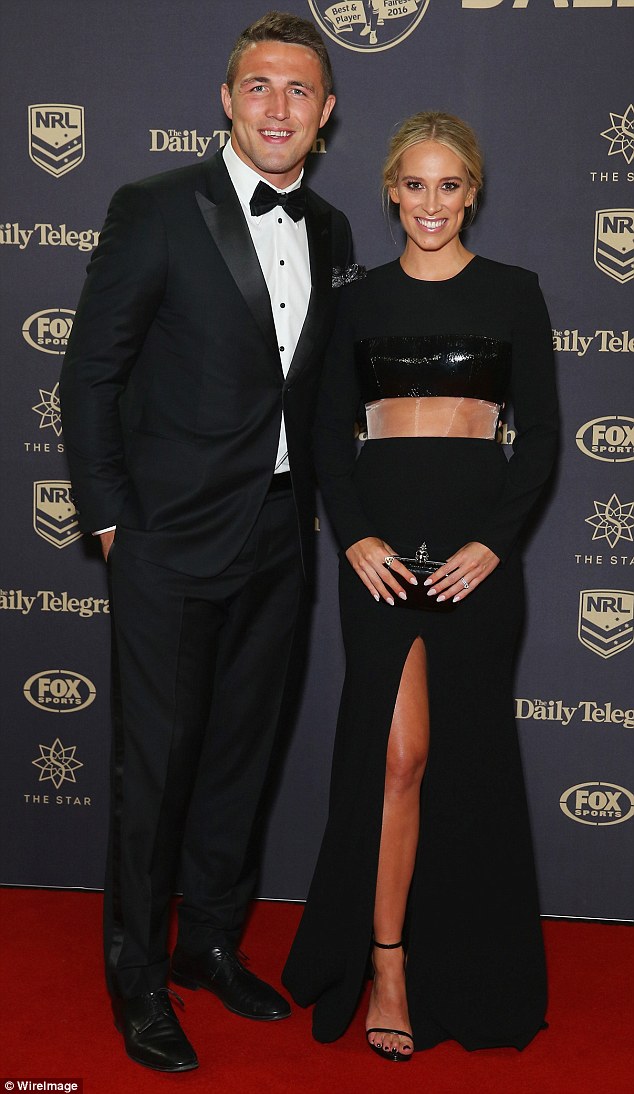 Red carpet regulars: Phoebe and Sam have attended the Dally M Awards three out of the past four years. They are pictured at the 2016 Dally M Awards

Phoebe and Sam have attended the Dally M Awards three out of the past four years.

It comes just five days after Rabbitohs officials cleared stars of any wrongdoing after a complaint was made by a woman alleging club players exposed themselves to her via Facebook in May.

Afterward, Sam took to Twitter to say that he was exploring legal avenues over the saga. 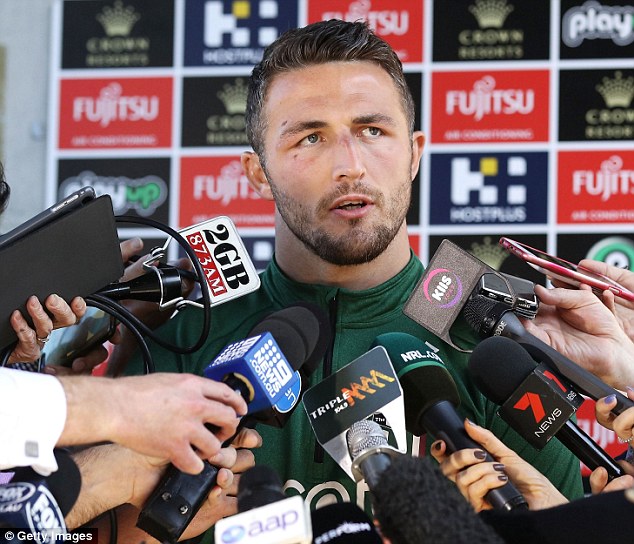 Cleared of wrongdoing: An emotional Sam fronted the media last week, where he thanked his wife and family for their support

‘I have not sexted anyone. I fully cooperated with the inquiry as I said I would. I have engaged lawyer Chris Murphy to pursue my remedies and he has retained defamation lawyers,’ he said.

‘I have given a full account to the Inquiry and answered every questioned asked. It’s now in Mr Murphy’s hands. The next move is up to him. I have nothing more to say at this stage.’

It was widely reported that Sam’s social media account was used to communicate with a 23-year-old woman following a win over the Warriors  back in May.

Two players – not Sam Burgess – were believed to have exposed themselves to the woman, who then complained to the club via an anonymous email over a period of three months.

The woman, who was believed to be on holiday in South Africa, was this week interviewed by NRL integrity unit investigator Karyn Murphy but declined to be quizzed by a five-person panel. 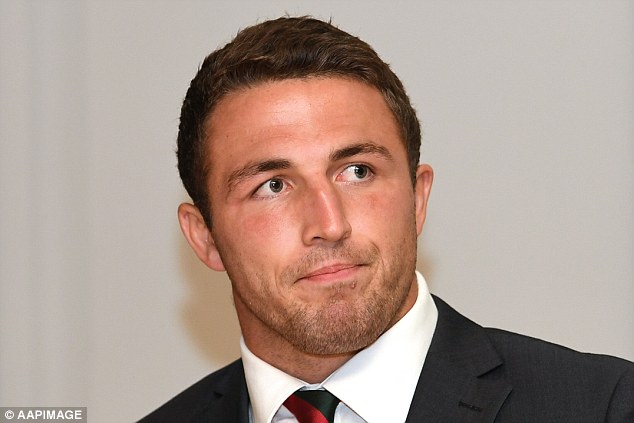 Moving forward: A spokesman for the NRL said based on the information available, the NRL was satisfied with the position the panel has reached with respect to the allegations against players

‘Based on a thorough review of the available evidence before it, the panel was not satisfied that any South Sydney player engaged in any actionable misconduct resulting in a breach of their NRL playing contract, the NRL rules or the SSFC code of conduct,’ the club said in a statement on Friday.

A spokesman said that based on the information available, the NRL was satisfied with the position the panel has reached with respect to the allegations against players.

‘If any additional information emerges it will be considered,’ the spokesman said.

An emotional Sam fronted the media last week, where he thanked his wife and family for their support and said he was ‘happy for the truth to come out’. 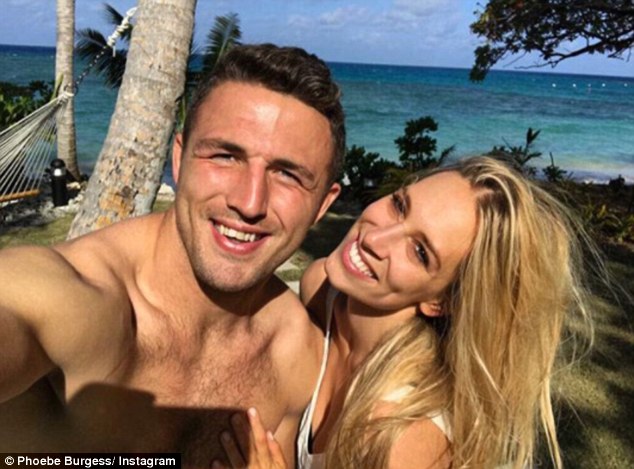 ‘Happy for the truth to come out’: Sam stated that he had not sexted anyone, and he has been cleared of wrongdoing. He is pictured with wife Phoebe