Samantha Armytage has called for all of Australia’s beaches to be closed until the coronavirus crisis is over.

Beaches in Sydney’s eastern suburbs run by Randwick City Council – including Maroubra, Coogee and Clovelly – will reopen on Monday after being taped off to the public since March 28.

Beachgoers will be restricted to fitness activities like jogging, swimming or surfing and NSW police minister David Elliot said those lying on the sand are breaching the Public Health Act and risk being fined.

Bondi Beach remains closed to prevent large gatherings during the pandemic, but Armytage said the strict restrictions should remain in place for all beaches.

Coogee Beach will reopen on Monday after being taped off since March 28 – but beachgoers will be restricted to exercise activities only like running, swimming and surfing 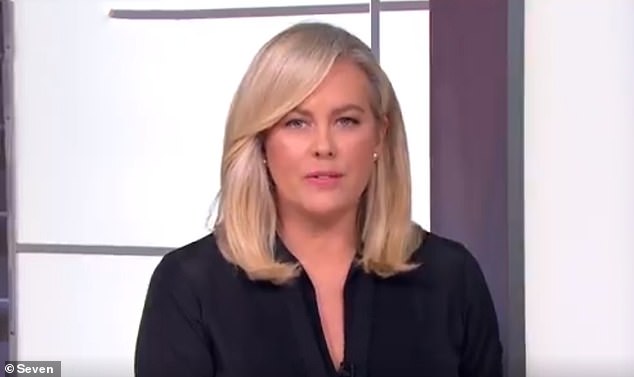 ‘I just wish we could keep people off all the beaches until this thing is done,’ the Sunrise host said on Monday morning.

Mr Elliot said ‘static’ activities like sun baking were still banned to prevent a repeat of the large crowds flocking to Bondi on March 21 – forcing Waverley Council to close the beach to stop the spread of COVID-19.

‘If one person wants to sit on Coogee Beach, we’ll end up like last month at Bondi where a thousand people come down and that of course is a breach of the act,’ he said.

‘I cant wait to get rid of these regulations – I just cant. They aren’t here because the government wants to punish anybody or because police like enforcing these laws.

‘But with the statistics the way they’re going when you compare Australia with the rest of the world – we’ll be more likely to end these restrictions than anyone else.’

‘The councils are the landlords – they are the owners of these parks and recreational spaces. Under the health regulations, they’re the ones obliged to ensure the act is adhered to.’ 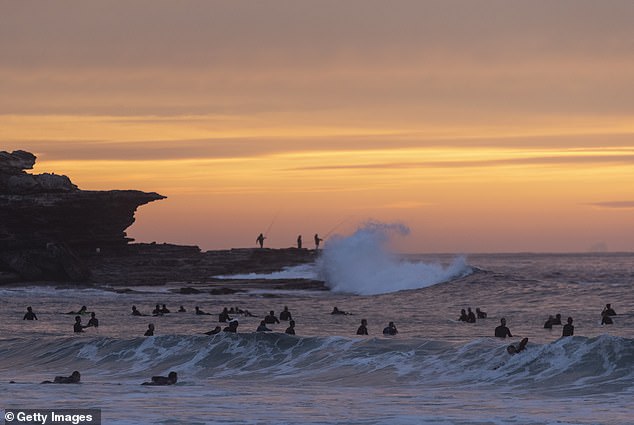 Pictured: Surfers returning to Maroubra Beach in the early hours of Monday morning after the beach was reopened for fitness activities 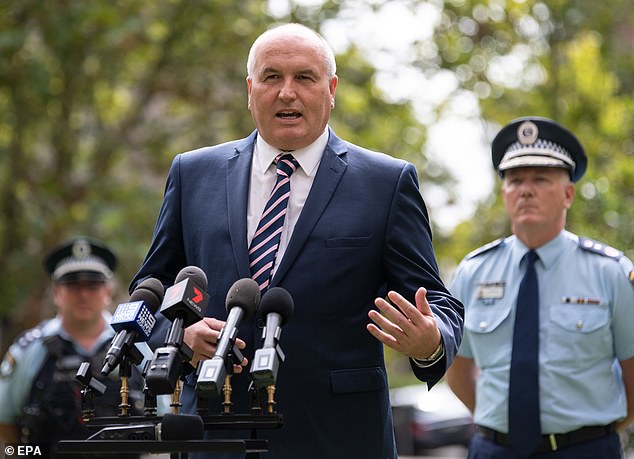 No more than two people are allowed to exercise together under the relaxed restrictions and they must move on once they have completed their exercise.

‘Living along the coast, I know how important our beaches are to the mental and physical health of so many in the community,’ Mayor Danny Said said.

‘The past three weeks have been difficult as we’ve all had to make changes and sacrifices to our daily routines.

‘We appreciate that with the current restrictions in place people are increasingly looking for access to more open spaces including water for their physical and mental well-being.’

On Sunday, huge crowds of defiant surfers made the most of the 21C weather on Sunday at Bondi Beach despite it being closed for almost a month.

Off the coast of Bondi Beach and in the waters of neighbouring Mackenzies Bay, hundreds of surfers could be seen from the shoreline patiently waiting to catch a wave.

Hundreds more were spotted on their boards in the water directly in front of Bondi Beach, enjoying the four-foot swell and south-westerly winds. 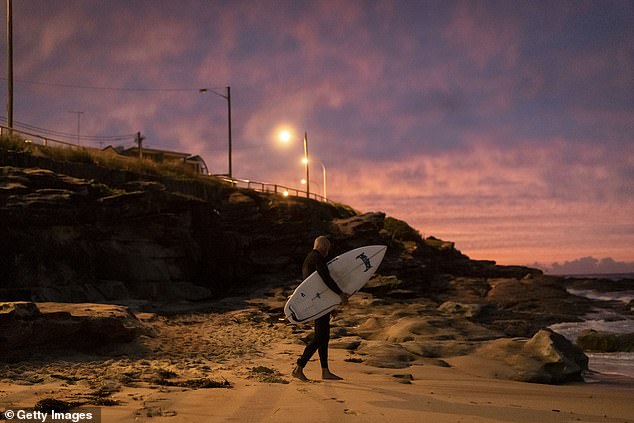 One surfer at the Bronte-Coogee Aquatic Reserve jumped over a set of railings into the ocean directly in front of a large sign which read ‘beach closed’.

Prime Minister Scott Morrison warned on Thursday social distancing restrictions will remain in place for at least another month.

It comes despite the growth rate in coronavirus cases slowing to less than one per cent over each of the past seven days.

There are 6,612 confirmed cases of COVID-19 in Australia, with 71 having died from the virus.