Burgess copped a one-match ban after pulling Sydney Rooster’s debutant Billy Smith’s hair in the Rabbitohs’ 16-10 win last week but the incident may have ties to Burgess’ social media scandal from May last year.

The England international found himself in media storm when it was revealed his official Facebook account was used to solicit a nude video chat with a 23-year-old woman. Explicit images showing a man exposing their torso and genitals and another with his pants down and baring his behind were sent from the account.

The Daily Telegraph reported that the 23-year-old woman at the centre of the complaint was one of Smith’s close friends and that Burgess was keen to get one back on the rookie player during the game.

The scandal took a toll on Burgess home life, leading to a split with his wife Phoebe, just three weeks after giving birth to their second child, Billy Mark.

Smith was interviewed by the NRL integrity unit in 2018 and denied any involvement in the sexting incident.

Burgess was also later cleared of any wrongdoing in September last year. 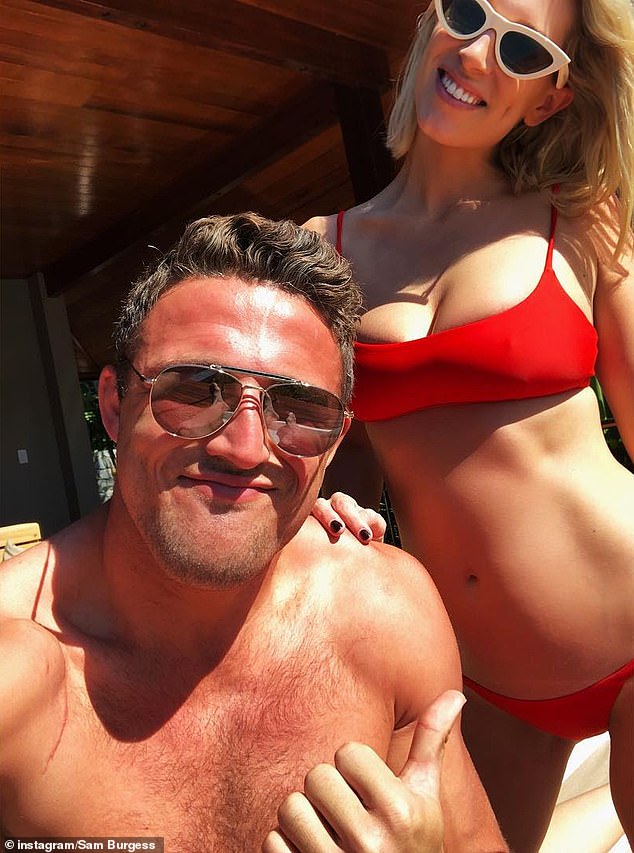 The couple reconciled in February, with Phoebe telling Stellar magazine that details surrounding their ‘split’ and reconciliation ‘will always and forever just be between Sam and I.’

Burgess was sorely missed by the Rabbitohs in the first week of the finals, who were outplayed by the Sydney Roosters, losing 30-6.

The Rabbitohs will play the Manly Sea Eagles in the semi-finals next week. 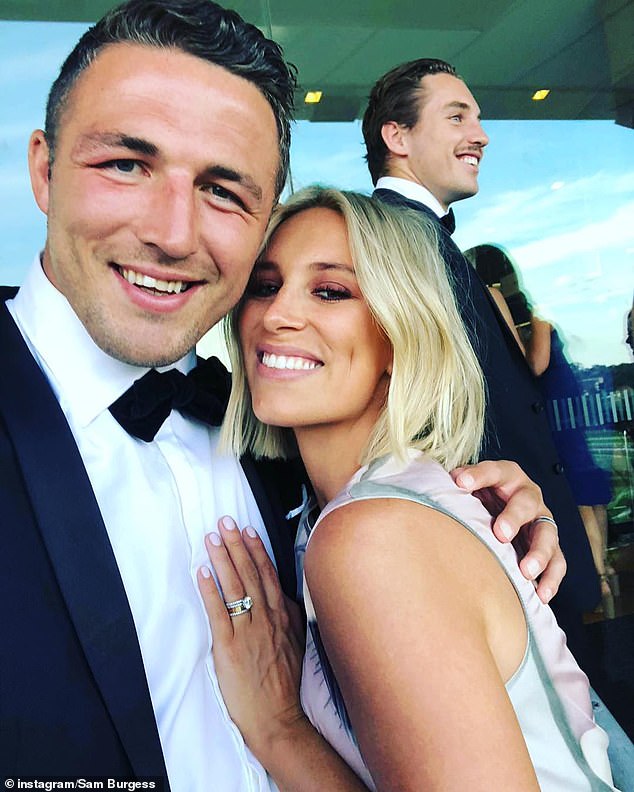