Sam Newman’s heartbreaking final act: Footy legend reveals his desperate, 20 minute fight to bring his wife back to life – even though he knew she was gone forever

Footy great Sam Newman knew he had lost his wife and best friend but worked for 20 minutes to save her life.

Taking to his popular podcast You Cannot Be Serious on Wednesday, Newman has detailed the tragic final moments of his wife Amanda Brown’s life.

He had found the 50-year old unresponsive on the floor of their Docklands apartment on Saturday night.

Sam Newman’s wife Amanda Brown (left) was found dead in their Docklands apartment aged 50. She had enjoyed a wonderful day out on Port Phillip Bay with Newman in 2019 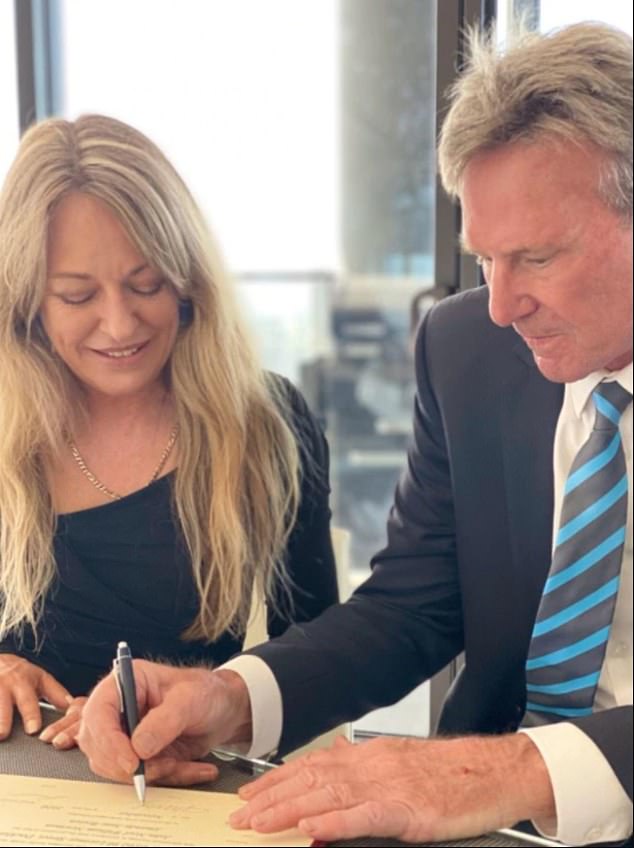 ‘I get home and I walk in the door and the television’s on in the bedroom. So I look down there and lying in her underwear — she’d obviously been in bed or she got out of bed to get something to eat,’ Newman said.

‘She’s lying there on the tiles outside the laundry and as soon as I saw her I knew she was dead, I just knew it.

‘I rang 000 and the very helpful person said you better try and give CPR and she talked me through that.

‘I’ve got the phone on speaker and I’m pumping this poor woman who’s lying there looking so peaceful, obviously dead, but the operator said keep doing it in case there’s a spark of life in her, I think she said. 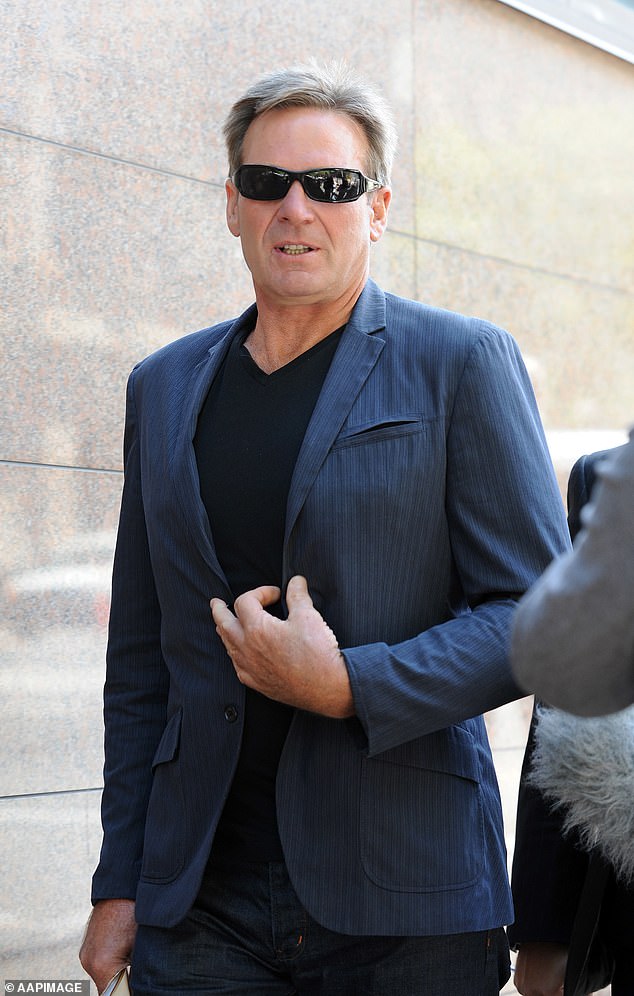 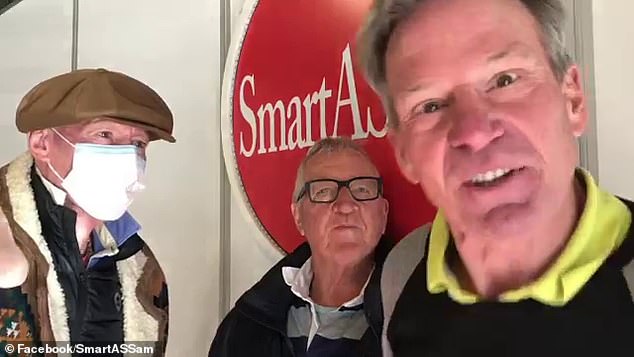 An emotional Newman said he wanted to speak publicly about losing his wife, whom he married last November after a 20-year relationship.

‘I’ve had a pretty tough week so before I start, I don’t want anyone listening to this to feel sorry for me.’

A humble Newman said there were plenty of other people within the community who had suffered greater adversity than him.

‘I’m not singling myself out for sympathy or anything like that,’ he said.

Speaking to great mate and former AFL legend Don Scott, Newman said he had been overwhelmed by the support he had received over the past few days.

‘I’ve had people reach out to me, you wouldn’t believe the people who’ve reached out to me who’ve suffered similar episodes in their life,’ he said.

‘There’ll be a significant amount of people that don’t have sympathy for me and that’s fine too.

‘They’ll say I got what I deserved and good luck and good riddance and all that, and I understand that and I don’t mind if you have that opinion of me and what happened to me. That’s fine because I’m a polarising influence I suppose.’ 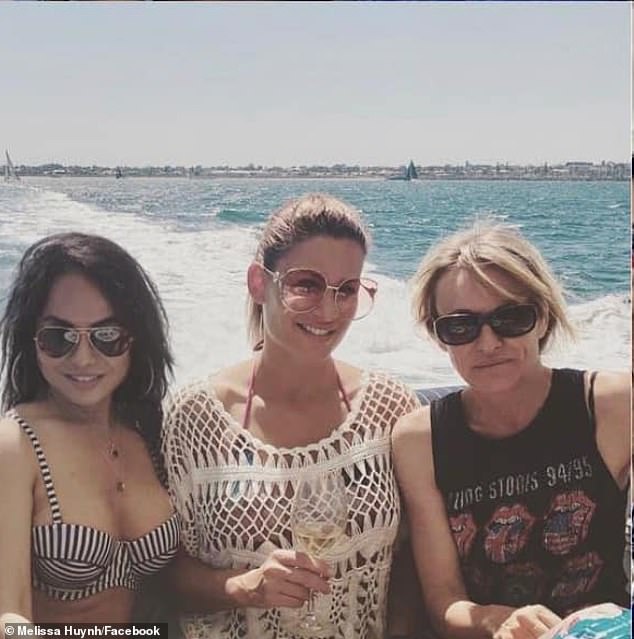 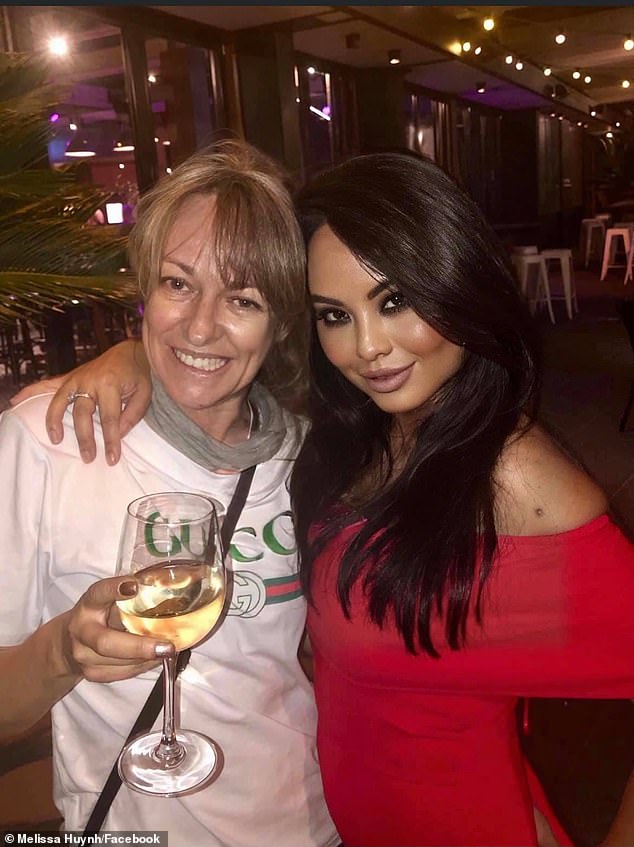 Ms Brown had managed to remain largely out of the limelight during some of her partner’s most controversial years on The Footy Show.

She didn’t want to be in the spotlight at all,’ entertainment reporter Peter Ford said.

‘She was very much her own, confident woman but she didn’t want to be a celebrity by default.’

In death, the tragic 50-year old has not only become national news, but a subject of conversation in workplaces and cafes across the country.

By all accounts, Ms Brown had been in the prime of life, both fit and healthy, when she died.

While the exact cause of the tragedy remains unclear, it is believed she may have succumbed to some kind of stroke or heart attack.

Newman had visiting his favourite fish and chip shop with mates when he became worried when his wife wouldn’t respond to his messages.

After sharing the meal, he returned to his apartment where he found Ms Brown, 50, on the floor.