World Cup-winning midfielder Sami Khedira will retire from football at the end of the season after another injury-hit year.

The 34-year-old only joined Hertha Berlin from Italian giants Juventus on the last day of the January transfer window, but he was able to make just eight appearances for the club – and none for the full 90 minutes.

Khedira, who also played for Stuttgart and Real Madrid, and won the World Cup with Germany in 2014, has been plagued by fitness issues in recent years and admits hanging up his boots for good is because he can ‘no longer do what I ask of myself’.

Sami Khedira, pictured after winning the World Cup in 2014, will retire from football this week 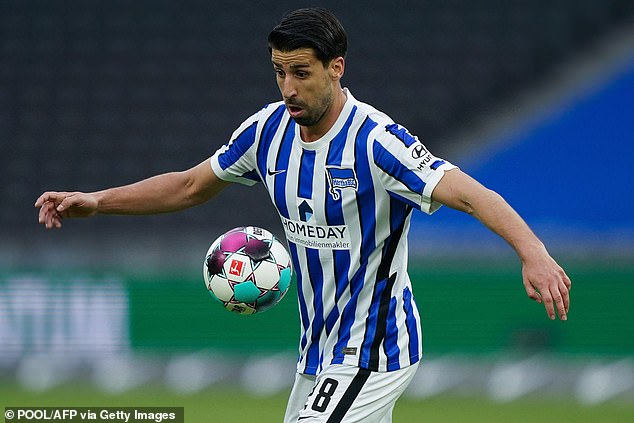 ‘It’s a very difficult step but it’s the only right one,’ Khedira said on Wednesday.

‘Fifteen years of professional soccer have left their marks. I can no longer do what I ask of myself.’

On his decision, Khedira added: ‘It was a gradual process. I have a demand on myself, I don’t want to push it to the last. I have a responsibility to my body. In the end, my gut feeling decided.’

Khedira admitted he would have liked to play in front of fans, especially with his younger brother Rani joining cross-town rivals Union Berlin next season, but ‘the decision feels right in the end.’

In a statement on social media, he wrote: ‘Time to say goodbye. It’s never easy to make life changing decisions. But sometimes you have to.

‘On Saturday I will play my last game in my career! It was an honour for me to play for some of the biggest clubs out there, to win remarkable titles and to be part of a historic moment when we held the world cup trophy in our hands back in 2014!

Thanks to all the fans, supporters, team-mates, coaches and of course my family and friends. 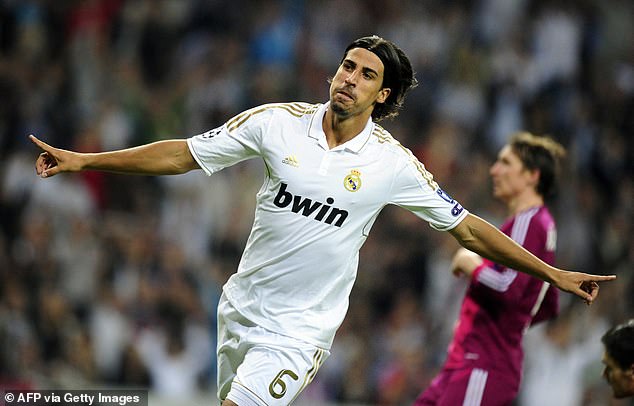 ‘You’ve always been there for me alongside this journey that comes to an end now. We’ll see each other again! Yours, Sami.’

Khedira made 77 appearances for Germany, helping them win the World Cup in 2014, but his career first took off at Stuttgart, who he helped to an unexpected league title in 2007.

He joined Real Madrid in 2010 and won a league title in 2012 and the Champions League in 2014 with the Spanish giants. He won five Italian league titles with Juventus after joining in 2015 before injuries started to hit. 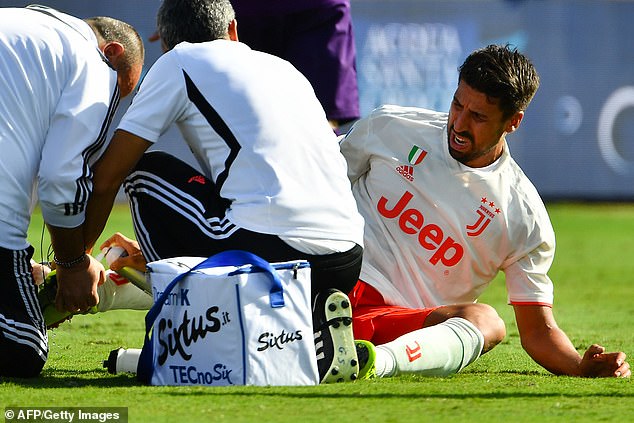 Khedira, pictured in 2018, suffered with a number of injuries during his final years at Juventus

Khedira barely played in his final year in Turin, with his last competitive appearance for the club coming in a cup tie against Milan on June 12, 2020, seven months after his previous appearance.

‘He couldn’t help much from a sporting point of view, but from taking care of matters in the changing room, it wasn’t just his name that was world class. It was a great help,’ Dardai said.

Hertha managed to stave off relegation last weekend. Khedira’s last game will be against Hoffenheim on Saturday – if he plays.