Samuel Eto’o rages at Ballon d’Or ‘DISRESPECT’ after being named on the list of the best right wingers of all-time with Beckham, Best and Messi… because he wants to be remembered as a world-class STRIKER!

Samuel Eto’o slammed Ballon d’Or organisers for a lack of respect after they listed him as a contender for a spot on the right wing in a ‘greatest ever XI’.

The legendary Cameroonian striker retired last year after a decorated career in the game and France Football magazine is compiling a team made up of all-time greats.

The 39-year-old was furious the at being included among those who did not share his position on the pitch – despite the big names. 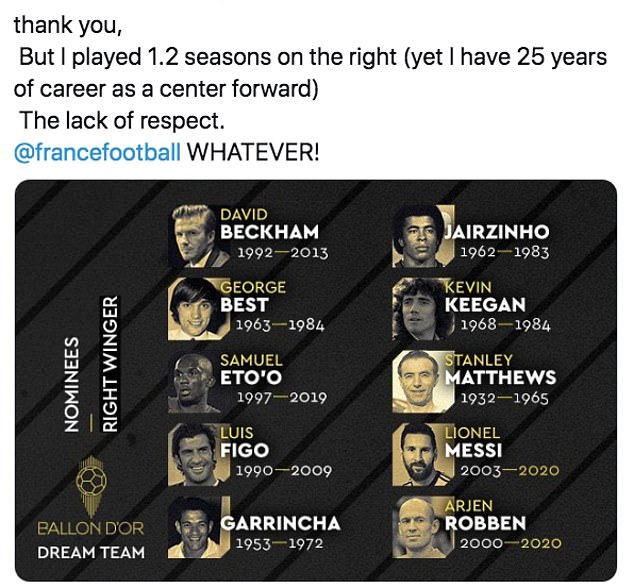 He wrote: ‘Thank you, but I played 1.2 seasons on the right (yet I have 25 years of career as a center forward). The lack of respect. France Football, WHATEVER!’ 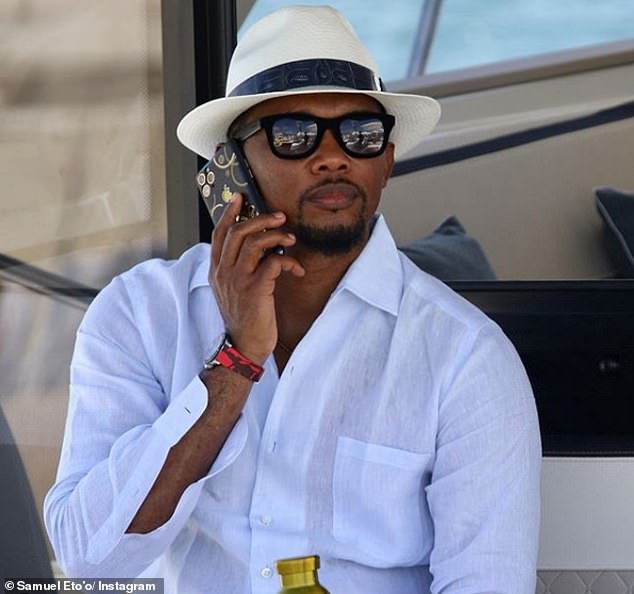 Eto’o shot to prominence at Mallorca before Barcelona signed him, fending off competition from Real Madrid.

He went on to score 130 goals for the club as one of the most dangerous marksmen in Europe.

Three fruitful years at Inter Milan followed where the forward averaged a goal every two games before he moved on in a big-money transfer to Anzhi Makhachkala.

He is regarded as one of the greatest African strikers in history and remains the top scorer in the history of the Africa Cup of Nations. 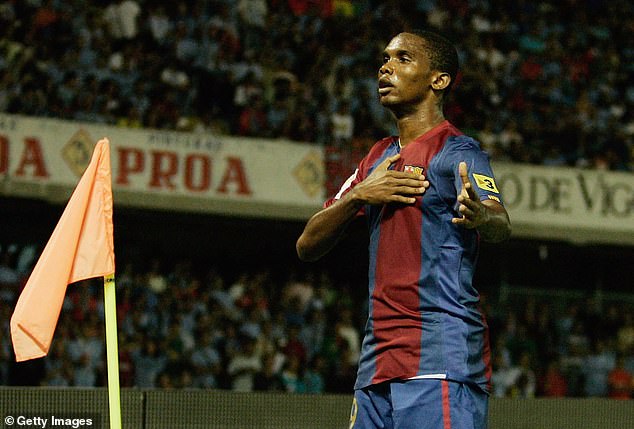