Shocking video has emerged showing a substitute teacher in a Connecticut high school egging on his students as they punch each other in a ‘fight club’-style brawl.

The video was obtained by WFSB-TV on the same day that Connecticut authorities announced criminal charges against three high-level school officials in Montville who allegedly knew of the ‘fight club’ but didn’t report it to police.

The 20-second clip shows two high school students engaged in a violent brawl in the front of a classroom as the teacher and the other kids in the class urge them on.

The teacher at no point in time makes an effort to end the fight. On the contrary, he walks toward the plastic garbage bin and moves it out of the way so that it would not interfere with the students’ brawl.

The videos also showed what appeared to be one of the students throwing up in a garbage can. The teacher in the clip was identified as 23-year-old Ryan Fish. 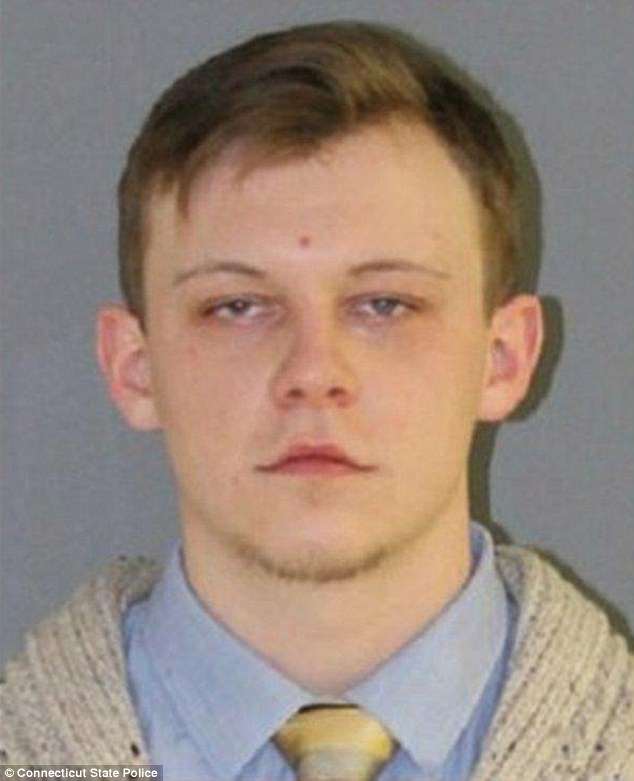 The videos also showed what appeared to be one of the students throwing up in a garbage can. The teacher in the clip was identified as 23-year-old Ryan Fish (above)

Fish was arrested and charged last week for his role in starting the ‘fight club.’

He claims that he encouraged the students to spar with each other as a way to ‘befriend’ them.

He has denied directly facilitating the fights and said he thought the students were just being ‘rambunctious’.

‘I just try to be the teacher that the kids could come to and actually express themselves and actually work through their issues, kind of have a social thing,’ Fish said, according to the arrest warrant application.

Fish, who was 22 at the time of the alleged incidents, added that he wanted to let the students ‘be teenagers and get their energy out’.

He admitted to egging them on at one point, according to police.

He told officers that in all there were four fights between September and October.

Fish was fired in October.

Police began investigating in December after a student told a social worker he had been beaten at school.

Police also gathered testimony from teenagers who said they had participated in the fights and confronted Fish with the evidence.

He said he knew what he did was wrong and should have reported it to administration, the state police report says.

Fish said that he thought at first the fights were just horseplay, but during the last incident things went too far.

‘The truth is, I’m an idiot and wanted to befriend them,’ he told investigators, according to police documents.

He added that he and the students are close in age and said ‘I’m immature’.

When Fish appeared in court Thursday, a public defender entered a plea of not guilty. 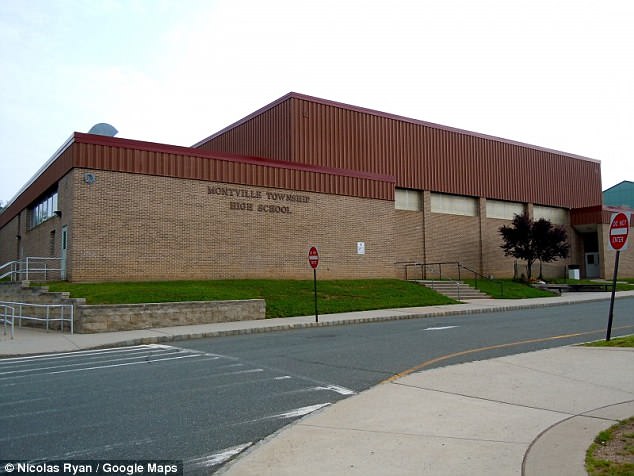 Outside court, he said he was sorry, NBC Connecticut reported last week.

‘I am so sorry, because I’ll be totally honest, I was trying to reach the kids. I thought these kids are just being rambunctious, I thought they just needed an out,’ he said.

‘If I had known what it was doing to the kids I would have done something completely different. I would have gotten out of that situation immediately, but I thought I was reaching those kids in some way.’

A school superintendent, principal and assistant principal were arrested for not telling authorities about the student ‘fight club’, state police said Thursday.

Levesque and Theodoss did not immediately return messages left at their homes.

A working number for Patten could not immediately be located.

The three administrators have been placed on leave pending the outcome of the police investigation and an internal school probe, Assistant Superintendent Laurie Pallin said.

‘The incident that occurred in a high school classroom was unacceptable but it is an exception to how Montville Public Schools operate – it does not illustrate the priority we place on student safety,’ Pallin said in a prepared statement.

The investigation began in December after a social worker said a 15-year-old student had appeared in court with signs of having been traumatized, according to a warrant.

The teen said three other students had beaten him at school.

Patten told investigators in January that a guidance counselor told her on October 6 that an anonymous parent reported a ‘slap boxing’ incident with Fish’s involvement but at the time there was no evidence that anything happened.

Two days later, Theodoss sent her an email with a video.

Patten said she received a text message from Theodoss instructing her not to say anything to anyone, according to a police warrant.

Theodoss said he informed Levesque of a video showing two boys fighting and asked whether police should be notified, and Levesque said ‘no,’ according to the warrant.

In an interview with police, Levesque said he did not think about contacting police because he felt the issue was resolved after he fired Fish for failing to protect the safety of students and the students involved in the fight were disciplined.

‘Levesque stated that he did not think it was criminal and thought it was a one time incident and thought that it was maybe a mistake,’ the officer wrote.