Federal agents executed search warrants at the City Hall office of a powerful Chicago alderman on Thursday as part of an ongoing investigation, the Chicago Tribune reported.

There were no arrests and none was imminent, the Tribune reported.

Later in the day, the 74-year-old Burke released a statement striking an upbeat tone, saying investigators have also requested information from his offices in previous decades.

‘So once again we will be cooperating fully and I am completely confident that at the end of the day nothing will be found amiss in this instance either.’

The Democrat, one of the last of the old Chicago machine politicians, has been on the council for half a century representing an area that is now largely Hispanic.

Going back three decades, he has chaired the City Council’s finance committee, which makes key budgetary decisions for the nation’s third largest city.

Burke is also a partner in a law office specializing in property-tax appeals and its clients have included the Chicago high-rise tower that bears President Donald Trump’s name. U.S. Rep.-Elect Jesus ‘Chuy’ Garcia and other Burke critics in Chicago’s Hispanic community have drawn attention to that tax work in a bid to hurt Burke politically.

Garcia issued a statement as news spread about the office raids that called Burke an ‘impediment to political progress and community empowerment.’

U.S. attorney’s office spokesman Joseph Fitzpatrick and FBI Chicago spokeswoman Janine Wheeler told The Associated Press the FBI was ‘executing search warrants at multiple locations’ in Chicago. They declined to say whether the target of the warrants was Burke.

A message left at Burke’s ward office wasn’t returned. There was no answer at his City Hall office. A person who answered the phone at his law office and did not identify herself declined comment other than to say: ‘We really don’t know what’s going on with all of this.’

Burke’s wife, Anne Burke, is an Illinois Supreme Court justice. Ed Burke’s father was also influential in Democratic circles in Chicago until his death in the 1960s. Other Burke relatives have also been involved in Illinois politics.

A long series of Chicago alderman have faced state and federal investigations going back decades. Since the 1970s, nearly three dozen aldermen have been convicted. A common joke in Chicago is that so many aldermen had gone to prison that when they saw each other behind bars they’d holler, ‘Quorum call!’ 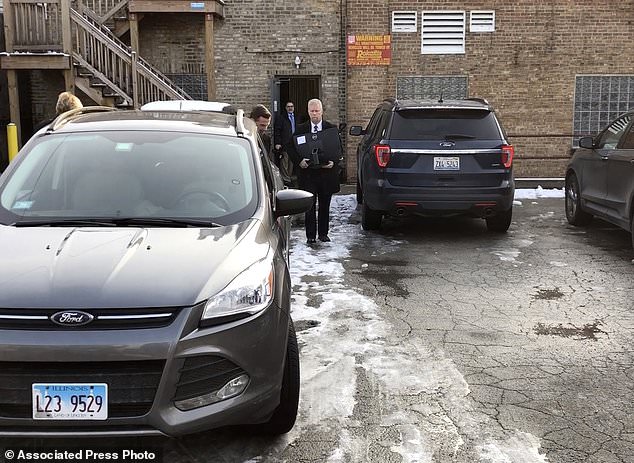 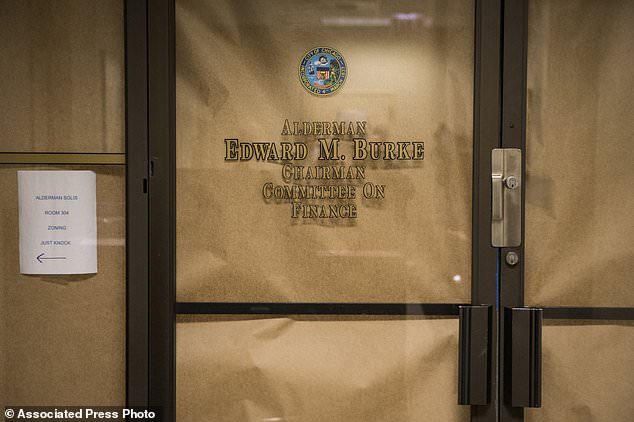 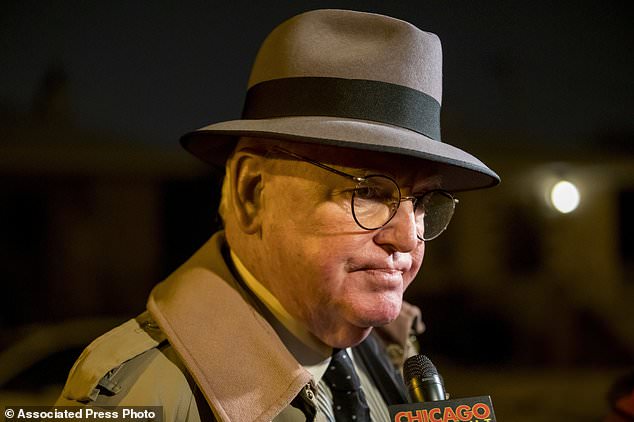 Burke returns to his home in the Southwest Side of Chicago on Thursday. He released a statement striking an upbeat tone, saying investigators have also requested information from his offices in previous decades