Her new boyfriend Ben Affleck has just headed back to rehab for treatment.

But Playboy model Shauna Sexton isn’t letting that stop her – and has handed in her notice at her job as a full-time veterinary technician.

The striking 22-year-old blonde, who was first pictured on a date with the actor at Nobu Malibu on August 16, abruptly left her role at the Veterinary Specialty and Emergency Center in Thousand Oaks after being thrust into the limelight.

Animal lover: Playboy model Shauna Sexton has quit her job as a veterinary technician, after her date with Ben Affleck thrust her into the spotlight 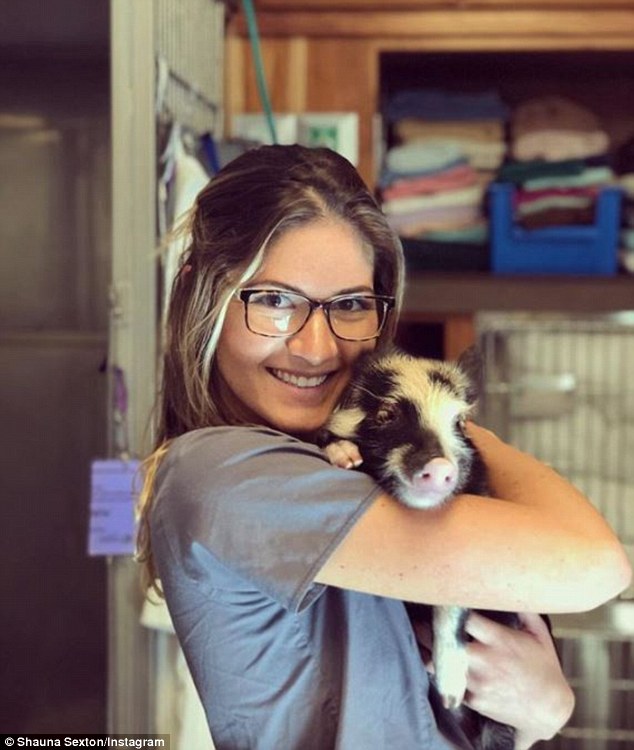 At work: Shauna is seen cuddling a piggy patient in her role as a veterinary technician; she is now thought to be focusing on her modelling after resigning a week ago

A staff member at the center, who wished not to be named, told DailyMail.com: ‘Shauna no longer works here, it’s been a week or so, and we don’t know what she’s doing now, I can’t say any more.’

When quizzed if she had quit because of the attention surrounding her new relationship, the staff member declined to confirm or deny, but insiders say she’s has plenty of work offers after making headlines.

‘Her career in modeling was always a backup plan but things are really taking off now she’s been spotted with Ben, despite some blaming her for his recent relapse,’ a source revealed.

‘She’s an in-demand model, everyone is talking about her, and she has had a lot of offers already, but wants to bide her time and pick which route would be better for her career.’ 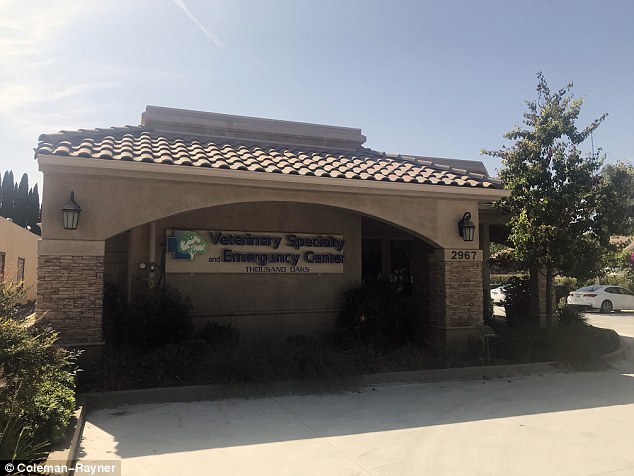 Former workplace: The Playboy model abruptly left her role at the Veterinary Specialty and Emergency Center in Thousand Oaks after being thrust into the limelight 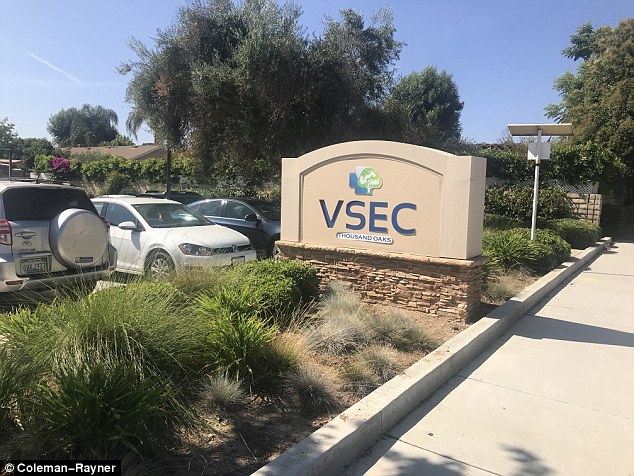 When quizzed if she had quit because of the attention surrounding her new relationship, the staff member declined to confirm or deny

Asked for comment on her relationship with 46-year-old Ben, she told DailyMail.com: ‘I have no interest in profiting off of any of this. I’m not a bad person.’

Her Instagram bio still reads ‘LA / Vet Tech’, and she has spoken in-depth about her passion for her job and love of animals, explaining: ‘I’m good at working under pressure. I started in this field when I was about 16.

‘After my first experience in surgery, I realized working fast-paced and under pressure is for me. ‘Whatever requires me to move quickly and freely is intriguing. I love surgery more than anything.’

Spotlight: Shauna and Ben Affleck on their Nobu date last week on August 16 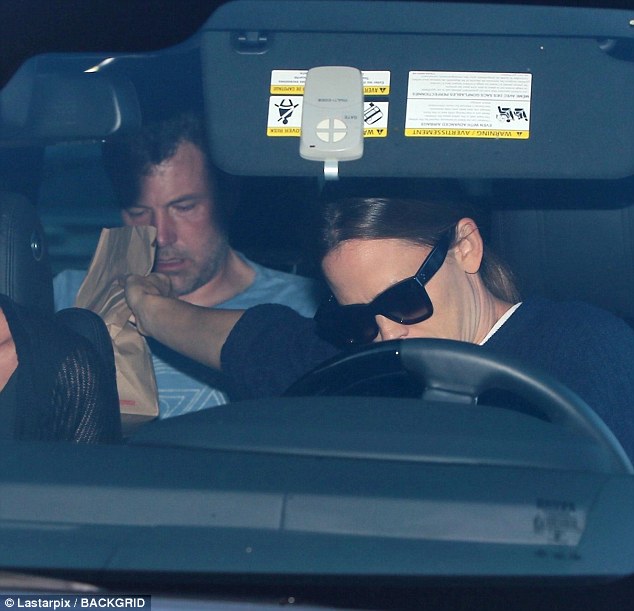 Back in rehab: Ben’s actress ex Jennifer Garner took him back to rehab on August 22

She also showed she’s realistic about the modeling world, adding: ‘I don’t classify myself as a model. It’s so cliché nowadays for people to say, ‘I’m a model.’ I need to have some sort of backup plan.

‘Modeling is my plan B. If it takes off, I’d be stoked. You’re only outwardly pretty for so long!’

Shauna’s last serious boyfriend was 28-year-old Colin Gibbons, whom she dated for two years until 2017 and has nothing but glowing things to say about her. 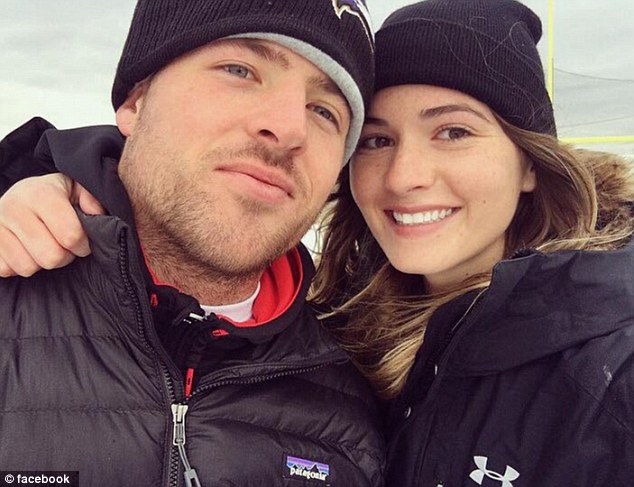 As they were: Shauna with her ex Colin Gibbons, who called her a sweetheart 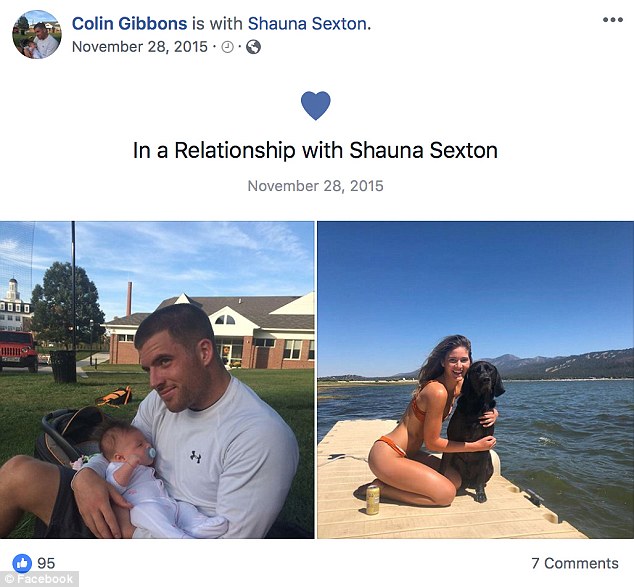 Asked if he is shocked to see his ex hooking up with an Academy Award Winner, he simply said: ‘No not really, but I’m good thanks,’ adding, ‘She’s a sweetheart.’

But the pressure is mounting on the rising star, who has also stayed over at Ben’s plush $19 million bachelor pad in Pacific Palisades after his split from TV producer Lindsay Shookus.

Fans have blamed her for his recent relapse as estranged wife Jennifer Garner, 46, staged an intervention this week and took him to an upscale rehab in Malibu for alcohol issues.

Sources say he’d been ‘drinking since Monday’ by the time his estranged wife showed up and whisked him off for his third trip to rehab. Sources said Jen appeared ‘visibly upset and shaking’ and wore shades to cover her eyes.

In a shocking scene, Ben was photographed red-faced and cowering in the back seat while his health-conscious wife allowed a stop at a Jack In The Box takeout restaurant before driving him to the Malibu rehab facility.

Instagram star: While Shauna was working a 9 to 5 job until last week, she had also been cultivating her Instagram, and has 63,000 followers 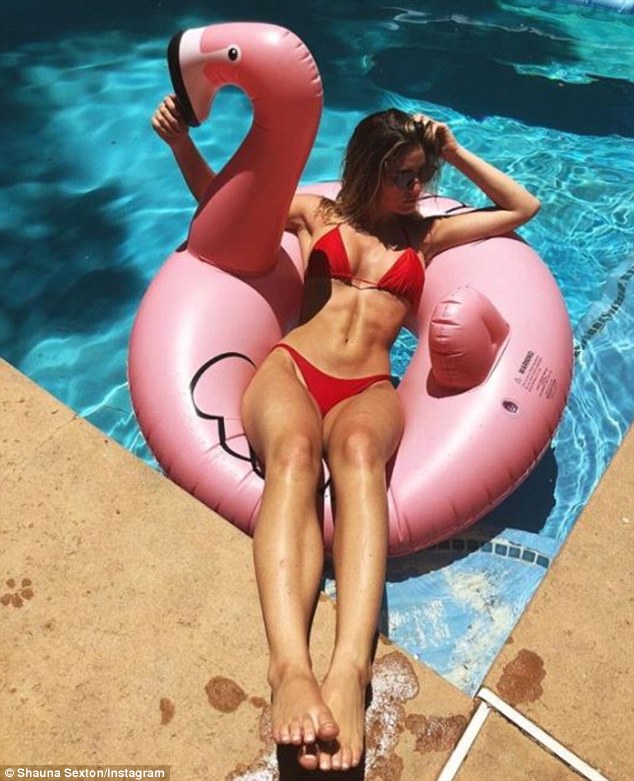 Model pose: Shauna has been sharing pictures from Playboy parties this week