Six children have been rushed to hospital after a ‘serious incident’ near a school in Sheffield this morning.

Police say two people have been arrested after the incident, described as ‘ongoing’, which took place at a property Gregg House Road, Shiregreen, at around 7.30am.

An air ambulance has landed at nearby Hartley Brook Primary Academy, which has been cordoned off by officers.

Police and paramedics remain on the scene while worried residents have been gathering in nearby roads.

Witnesses said they saw ‘two children being taken out of a home in bandages’ and being put into a road ambulance.

Officers are currently going from door to door carrying out inquiries after being called to the scene over reports of concerns for safety at the property.

Six children have been rushed to hospital this morning after a ‘serious incident’ near a school in Sheffield. Forensic teams have since been pictured going into a house in Gregg House Road, Shiregreen 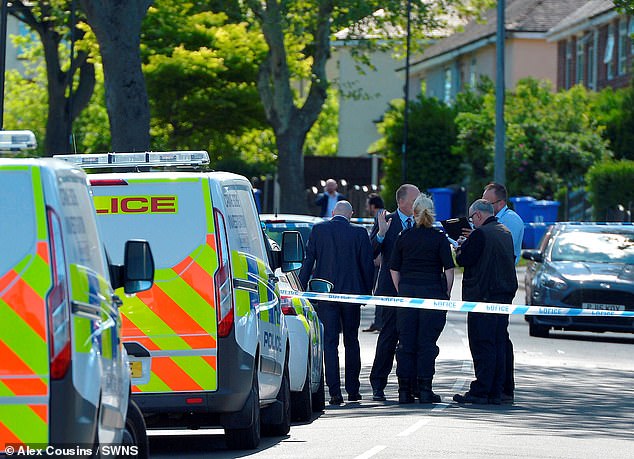 Several police cars and vans remain at the scene, pictured, which has been cordoned off 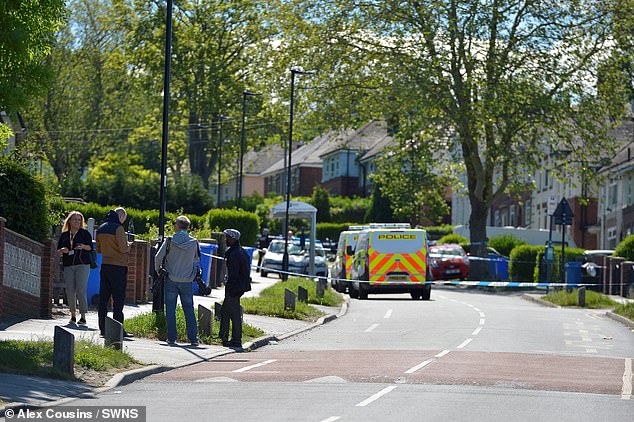 Officers were called to reports of concern for safety in Shiregreen, Sheffield, pictured, at around 7.30am 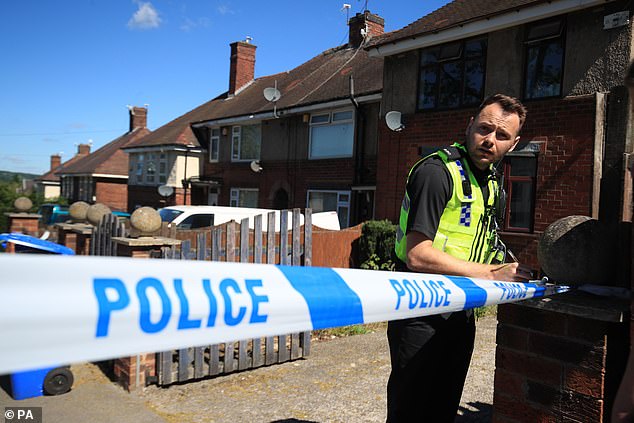 Several houses have been blocked off by a cordon, pictured, and police say they are expecting to be on the scene throughout the day 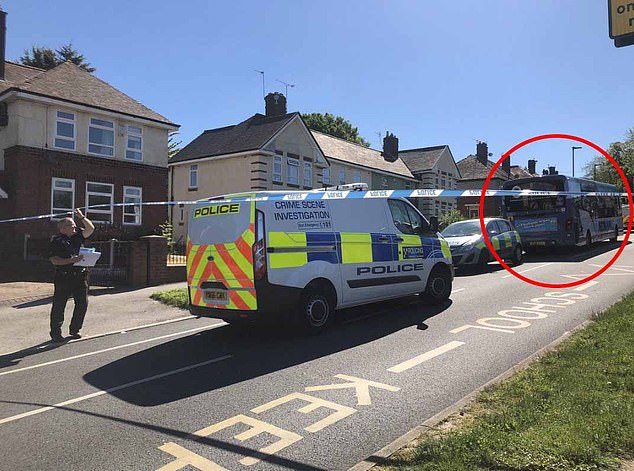 Police have cordoned off streets and a bus can be seen behind the tape, although it is understood it is not a school bus 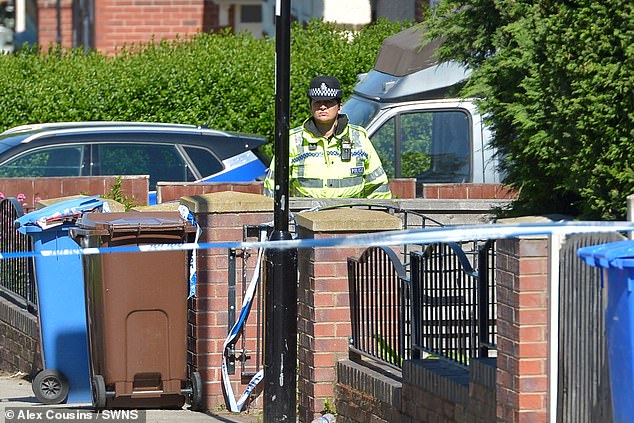 Officers have been seen standing guard outside a house in the road, pictured, while witnesses said two children were ‘taken out of a property in bandages’

A police statement said: ‘Police were called at around 7.30am today (24 May) to reports of concerns for safety at a property on Gregg House Road, Shiregreen.

‘Two people are under arrest.

‘There will be a significant police presence at the scene throughout the day as officers continue inquiries.

‘A cordon is in place and buses are being diverted from the area. This incident is ongoing and further updates will be provided in due course.’

Buses have been diverted from the scene although some have been kept behind the cordon.

Yorkshire Ambulance Service said it was not commenting on the condition of the children and said South Yorkshire Police was dealing with the incident. 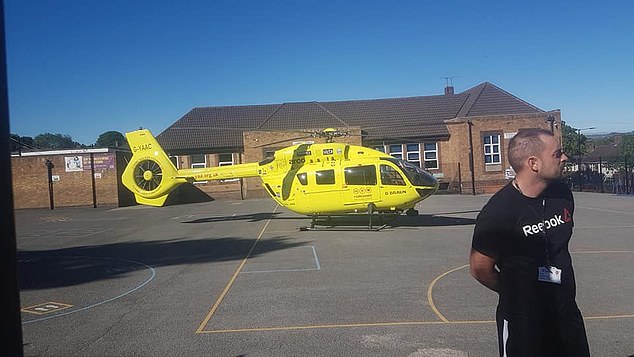 An air ambulance has landed at Hartley Brook Primary Academy in Sheffield this morning, pictured, after the incident 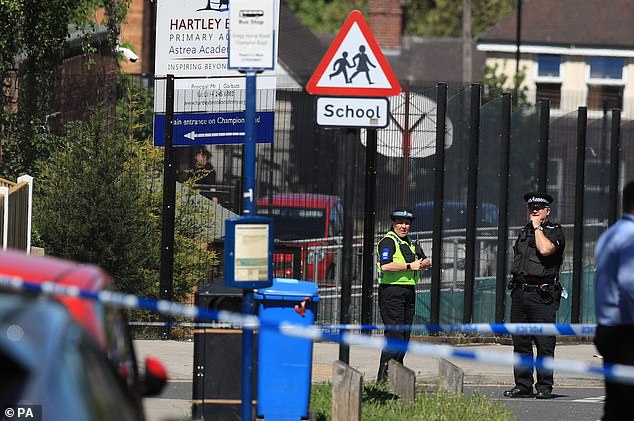 The property is just yards away from Hartley Brook Primary Academy and parents were struggling to get their children into the school, pictured 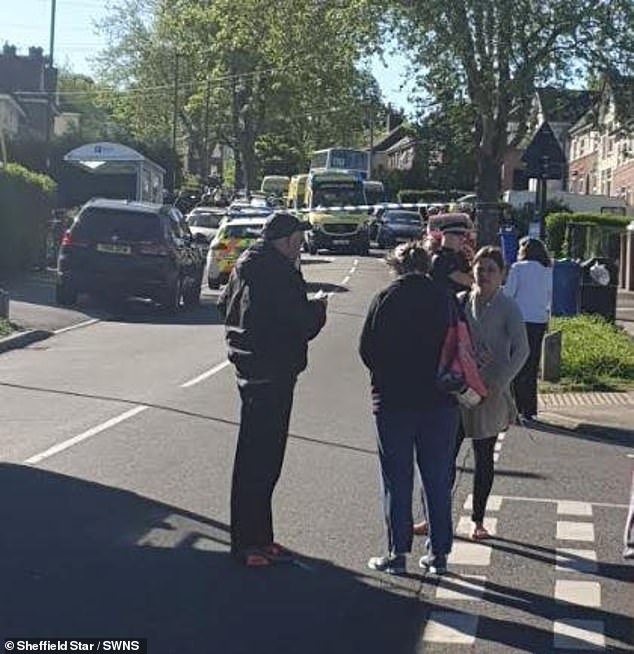 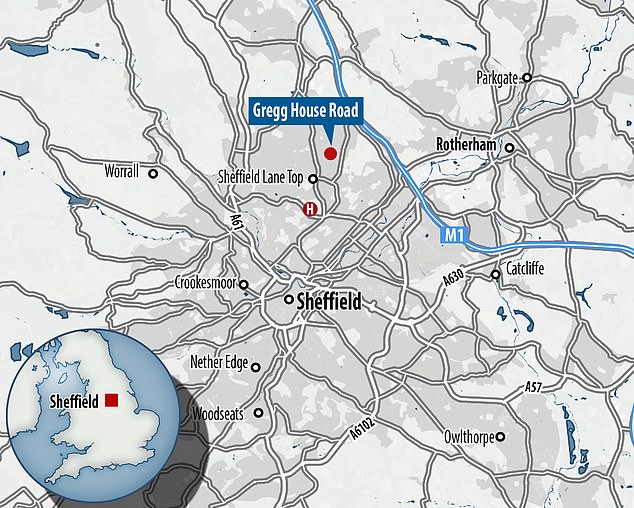 The incident took place in Gregg House Road in Sheffield, pictured, at around 7.30am 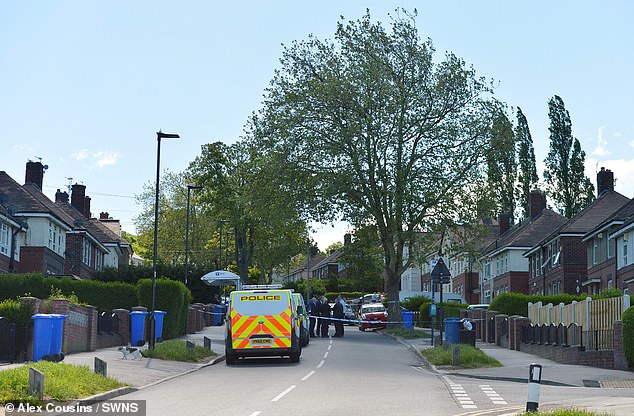 The exact nature of the incident is still unknown but it is understood it was not a shooting. Pictured are plain clothed police officers behind the cordon