A size eight dancer who overcame an eating disorder claims she was sacked from her job at at a hotel in Marrakesh for being ‘too fat’.

Elena Smith said she was fired after just a week into her new job in Morocco doing dance sets at events in a posh hotel.

But the 9st dancer was left devastated after being dismissed and claims she was being urged to lose weight by her manager.

The 23-year-old, who exercises daily and eats healthily, said the comments almost derailed her from a ‘starve then binge’ eating disorder she overcame earlier this year.

She has spoken out to raise awareness of pressures on women working in the dance industry.

Elena Smith in one of her dancing costumes in Marrakesh (left). She said she was sacked from her job as a dancer at a hotel in Morocco for being ‘too fat’ 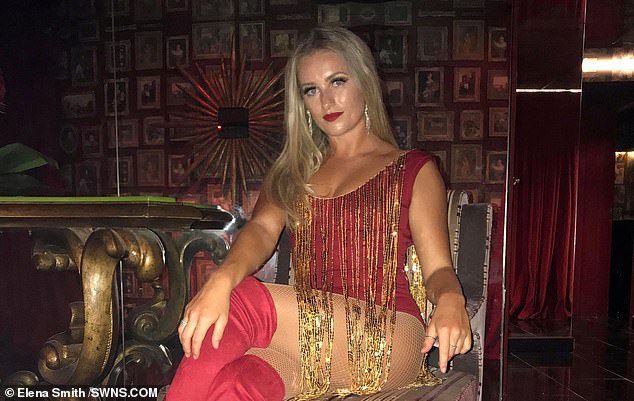 Ms Smith was excited to start her new job, but was left devastated when her manager urged her to lose weight

Ms Smith, from Epsom, Surrey, said: ‘My manager told me that the bosses at the hotel had complained that I was too fat and that they were thinking of firing me because of it.

‘I was totally shocked. Since I’d arrived in Marrakesh, I’d lost weight because of training anyway, so to hear they thought I was too fat was really surprising.

‘I explained that I was going to the gym every day and eating healthy food and that I knew my own body so there wasn’t anything more I could really do, but they just told me I had to find a way to lose weight.

‘I was handed my final pay and told that the bosses no longer wanted me because I was too fat.

‘This is a very looks based industry which people have to become thick skinned to but a lot of people, especially young girls, in this industry are vulnerable and suffer massively from eating disorders, anxiety and depression.

‘Focusing on weight and body size like they do in the performing industry can have such a long lasting damaging effect on people, both physically and mentally.’

Elena applied for the job in April 2019 by sending pictures and videos of herself and taking part in a FaceTime interview, she said.

She landed the job of performing in a dinner and show with other dancers for hotel guests in Marrakesh, and flew out in June 2019 to join the team. 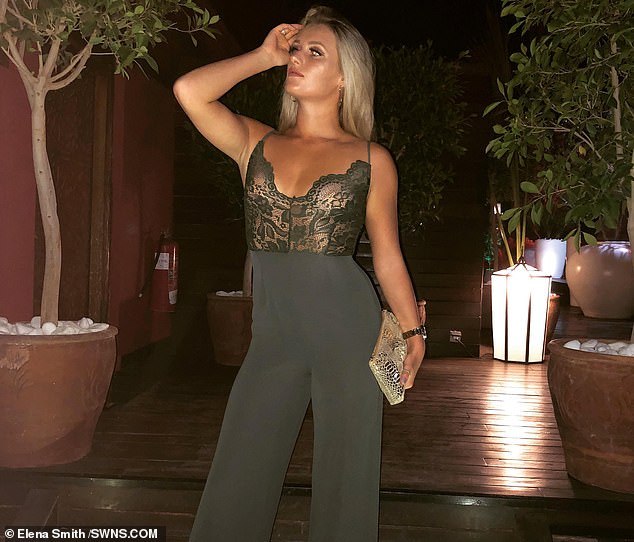 Elena Smith is pictured in Marrakesh in July 2019 the week she was fired. The dancer had overcame a ‘starve then binge’ eating disorder earlier this year

Her job involved performing in between short sets in different styles, including commercial, contemporary and jazz.

She said: ‘I was made to feel really self conscious about my weight and how my body looked, and they put me under extreme amounts of pressure as they told me to lose weight as soon as possible.

‘My manager said that she was going to fight for me so that I didn’t have to leave, and I managed to lose a further 2kg in a week, but when I went in the following Saturday, I was told I didn’t have a job any more.

‘They wouldn’t even pay for my flight home, even though my contract said they would, so I had to get my dad to book them for me.’

Elena first faced body shaming in the industry during her training to become a professional dancer back when she was a teenager.

After enjoying drama clubs at school, she trained in dance at The Brit School, before moving on to study dance and musical theatre at The Centre PAC when she was 18. 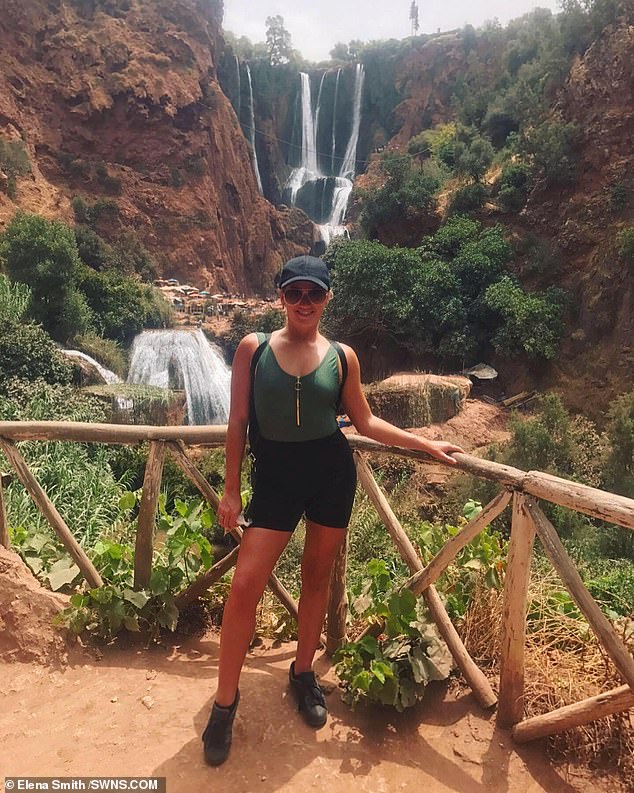 Ms Smith overcame an eating disorder and took up a dancing job in Marrakesh, but despite being a size eight, was sacked for being ‘too fat’

Eating disorder not otherwise specified (EDNOS) is the diagnosis given to patients who have symptoms that do not fit the exact criteria for anorexia, bulimia, ARFID or binge eating disorder.

Elena was officially diagnosed with EDNOS in November 2018, when she weighed eight stone.

Elena said: ‘When I was in training, I got weighed a lot and was constantly made to feel worried about my body size and weight.

‘Teachers would focus more on how much you weighed over how fit you were, and would essentially tell you off if you gained weight.

‘I felt under a lot of pressure during training to lose weight, so I became obsessed with dropping the pounds.

‘By the end of my first year at The Centre PAC, I was very underweight and would always make sure I ate less than 1,000 calories a day.

‘By third year, I had developed EDNOS as I couldn’t eat ‘normally’ any more.

‘I would starve myself for as long as I could and then I’d end up bingeing, so it was a vicious cycle of losing and gaining weight. 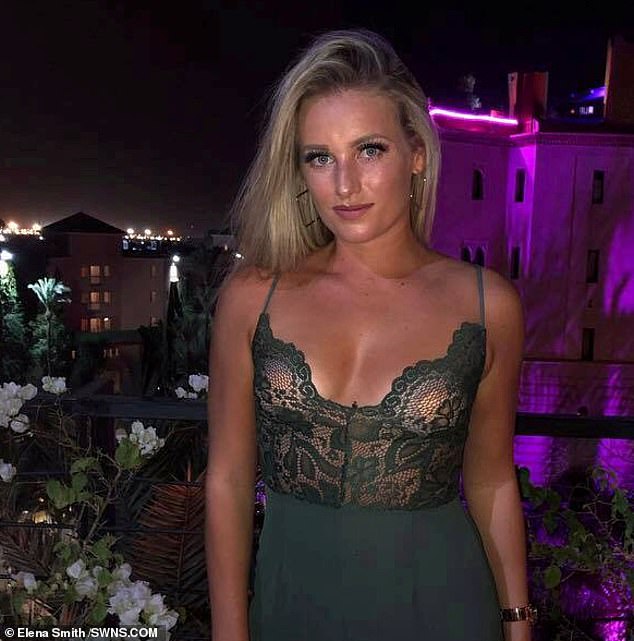 ‘Ever since, I’ve tried to fight it on my own, but it got to the point at the end of last year that I was suffering so much anxiety from it that I finally took the steps to get help.

‘I completed an eight week group cognitive behavioural therapy course for eating disorders and anxiety in March 2019, and learnt tools to combat EDNOS..’

While her weight dropped to around 8st 10lb during her hotel job stint, she is now back to a healthy and happy 9st.

She is now in recovery from her eating disorder, but the trauma of losing her job due to her weight has made the past month challenging, she said.

Thankfully, she had a strong supportive network of friends and family to help her after she was sacked so she didn’t slip back into old habits.

Elena now wants to raise awareness of body shaming in the performing industry and put a stop to dancers being fired because of their weight. 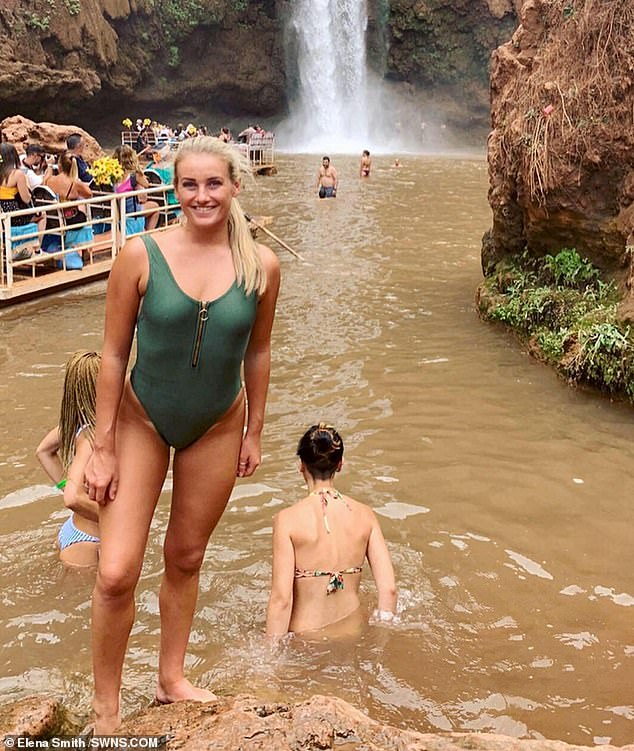 She said: ‘I never had any problems with food or exercise or how my body looked until I started training to become a dancer and was weighed constantly.

‘It’s definitely a pressure that comes with being in the performing industry.

‘I remember being in one audition where a panel told a group of us that one of the reasons we were being cut was because of our bodies.

‘Adverts for auditions sometimes express heights and clothes size due to being able to fit their current costumes.

‘I’m quite a strong person with a lot of love from family and friends so I’ve managed to stay strong and focused after being fired for my weight, but for many girls, this could easily have sent them back into an eating disorder or a state of anxiety and depression.’

A spokesperson for the hotel – which we have not named – said they were ‘very surprised’ by Elena’s claims and said she decided to leave – a claim the dancer disputes.

She added: ‘It was her manager who informed us afterwards and recovered the value of the air ticket from our financial department.’