Small traders come out of lockdown and find their customers gone

Having waited so many months for lockdown restrictions to lift, Britain’s small and medium-sized businesses might have thought they were out of the woods once they were free to trade.

Yet not only are they facing huge recruitment shortages, but many are finding that the lasting effect of the pandemic is a permanent change in consumer spending.

In some instances, a big chunk of their business has simply disappeared.

Claire Hattrick, 53, from Hampshire, has worked as a beauty therapist for 15 years, converting her garage into a fully-equipped salon offering an extensive range of manicures, pedicures, waxing and facials.

Like all salon owners, she was forced to shut up shop in March last year and only just survived financially thanks to the self-employed income support grant and the financial help of her grown-up twin daughters.

But even though she is now free to trade again, Claire says business income is down 80 per cent since she reopened.

‘Everything was going well before Covid, but during the pandemic many of my customers learnt how to do their beauty treatments at home and are now not coming back to the salon,’ she says.

‘People still need their hair done in a hairdresser’s, but my customers have got used to doing their own nails and waxing.’

Several of her regular older customers passed away during the pandemic while others are still too cautious about Covid to return.

Others are worried about their finances and have cut out discretionary spending. Some, says Claire, ‘aren’t going out like they used to and so don’t need as much grooming’.

She adds: ‘There are lots of business owners in a similar situation. I’m financially challenged and wondering how much longer I can keep going. I’m struggling to find any positivity.

‘Every day, I just live in hope, but I can’t do that forever. It’s an incredibly worrying time.’

Claire, who used to work three full days and evenings a week, now works just one day a week.

She has diversified by starting a new life support business ClipboardClaire.com and has written a book about the menopause to create new income streams.

‘If I have to close the doors, then at least I have other projects,’ she says. ‘I’m just hoping Christmas will be good for business.’ 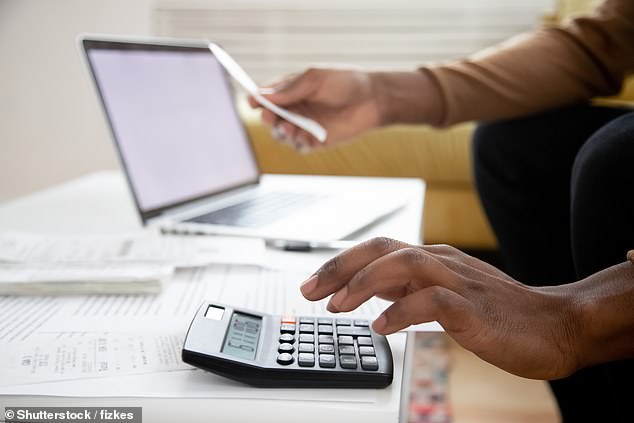 Andrea Pugh, from Abingdon, Oxfordshire, launched her sustainable gifting and homeware marketplace It Won’t Cost the Earth in October last year. Initially, business boomed as people looked to improve their homes during the pandemic.

‘We sell more than 1,500 sustainable products on our website from candles and cleaning products to plant pots and cushions,’ says Andrea, 35. ‘But since the restrictions lifted, sales have plummeted and have yet to pick up.

‘Our customers have disappeared and we’re desperately hoping they’ll come back, but there’s no sign of it so far. There are lots of small business owners like me that are really worried.’

Andrea attributes the fall in business to people being a lot worse off than generally thought.

She says: ‘I was shocked recently to see the queues for the local foodbank and people being worried about the ending of furlough.

‘Our products are a discretionary spend, so people are deciding either to curb their overall spending or are just using their spare money on going out to catch up with friends.’ 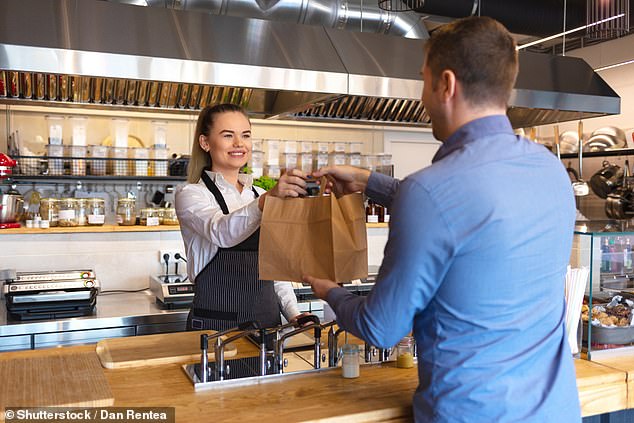 Andrea has tried to combat the decline in customer numbers by working on growing her email list, offering discounts for new and returning customers, doing more work on social media and starting to work with so-called influencers.

‘Using influencers is a first for us and it has been a steep learning curve,’ says Andrea. ‘We’re focusing on people with a small but very engaged group of followers.’

Andrea had hoped to give up her job as an accountant to work on the business full-time but is reluctant to do that now.

‘I’ve seen so many other small businesses crumble over the past year and some days you think, ‘What have I done?’ We are just trying to get through this hard patch in the hope of better things the other side.’

Jennifer Earle, 39, from Forest Gate in East London, has been running food tours since 2005 and gave up a career in food development with brands such as McDonald’s and Marks & Spencer to go full-time with her business Chocolate Ecstasy Tours.

‘It was where my heart was,’ she says. ‘It’s like a more delicious version of a guided tour of London. You learn all about the history of the area while visiting artisan boutiques, tasting lots of chocolate and ice cream.’

As well as running tours herself, Jennifer ran a team of five tour guides but everything stopped in March last year. ‘I had to cancel everything and didn’t earn a penny until this June when I started doing private tasting groups online,’ she says.

These turned out to be so successful that Jennifer is now pivoting her business to focus purely on private tours and online tastings as customers failed to return to her live tours.

She says: ‘At its peak I was doing four or five tours a week to 30 people. Now, I’m down to just one or two with eight people in total so it’s just not worth it.

‘I’m doing more to promote the brand and increase the number of private tours to corporate clients rather than selling individual tickets and hoping people turn up.

‘In the summer, my income was down 90 per cent from before the pandemic, but by repositioning my business and increasing my marketing I’m excited about the future.’

Emma Jones, founder of business support group Enterprise Nation, agrees that many small businesses have had their challenges since the ending of lockdown.

Yet she urges entrepreneurs to experiment – ‘good ideas will always succeed’.

She says that Enterprise Nation has opened pop-up shops for online sellers looking to test whether their business will benefit from a retail presence.

She adds: ‘Businesses that have embraced the opportunity have shown innovative ways of attracting people through their doors – by hosting events, product demonstrations, plus workshops. All have led to sales.’

Her advice to small business owners is:

● Find out what your customers want – having a blend of an online store and pop-up physical presence gives you an opportunity to discover how customers want to do business with you.

● Don’t be afraid to fail – try new ideas to work out which resonate best with customers. If you try ten new things and nine don’t work, you’ll have found one that does.

● Use being a small business to your advantage. Unlike large chains, independent businesses can react and pivot at speed. Don’t underestimate the importance of this.