University students are refusing to use the words ‘woman’ and ‘women’ because they have been deemed ‘offensive’ and include the word ‘man’.

Instead, members of the female sex are being referred to as ‘womxn’ by students at both Goldsmiths, University of London and Kings College London.

At Goldsmiths, the Students Union has ceased to use the words women and woman in  its publications, since ‘womxn’ has been deemed more ‘inclusive’ of all students, including those who identify as transgender.

Elsewhere in the city, societies including the ‘KCL Womxn in Physics’ club at King’s College are also using the word.

Posts on social media pages run by the Goldsmiths Student Union have advertised ‘womxn’s yoga’ and ‘womxn’s events’ over the last six weeks, although there was no official announcement regarding the decision.

The last time the term ‘women’ was used on the official Goldsmith Students Union Facebook was October 12, as an event for ‘Black Women in Academia’ was advertised.

The word ‘womxn’ on Urban Dictionary is described as: ‘A spelling of “women” that is a more progressive term that not only sheds light on the prejudice, discrimination, and institutional barriers womxn have faced, but to also show that womxn are not the extension of men (as hinted by the classic Bible story of ) but their own free and separate entities. More intersectional than because it includes trans-women and women of color.’ 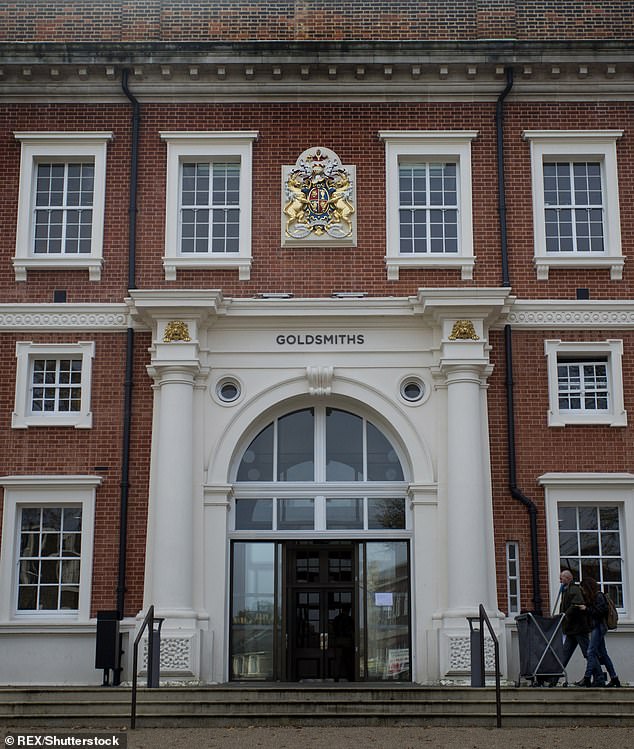 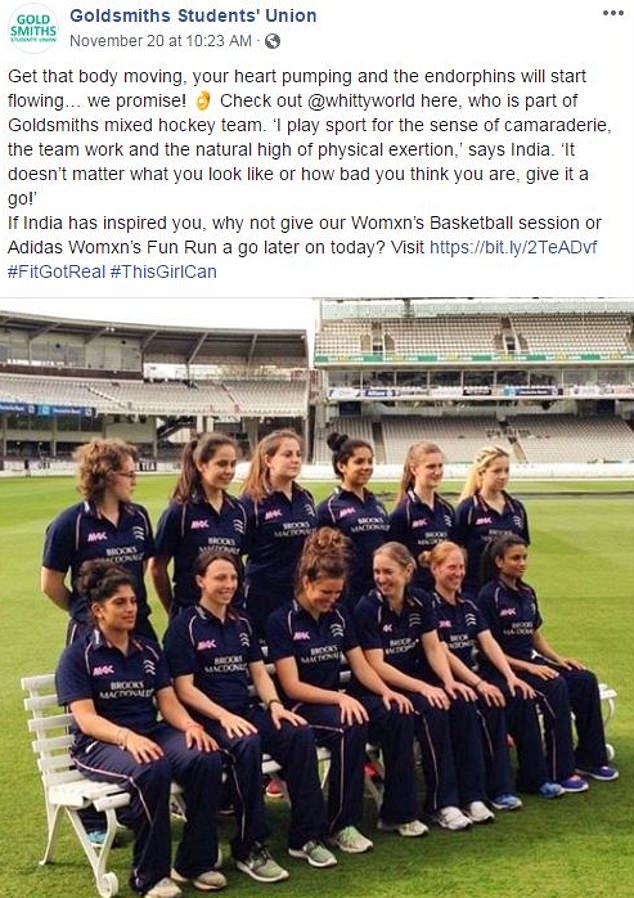 Sports teams are advertised on the page, including ‘womxn’s basketball’ as the students celebrate their athletes

Rejection of the word ‘woman’ dates back to the Seventies when the word ‘womyn’ was adopted by feminists to delete the word ‘man’ .

It was believed the original noun made females seem inherently reliant on man.

However, ‘womyn’ was controversial because it was seen as being associated with white, cisgender (a person whose gender identity matches their sex at birth) feminism.

In recent years, the term ‘womxn’ has been used instead.

The word ‘womxn’ caused controversy earlier this year when a feminist organisation sponsored by fashion brand H&M used the word 15 times in an email.

Some black and trans women said they were furious people decided they needed a new word to include them – because they are women. 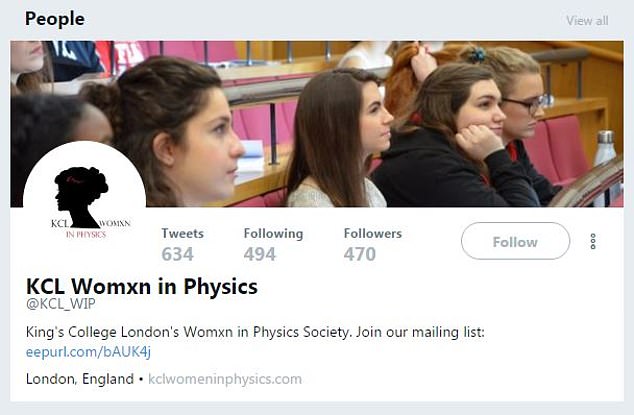 Others said they were simply confused about how to say it.

The word ‘womxn’ has caused widespread debate over whether not it is inclusive of divisive.

A spokeswoman for the Goldmsmiths Student Union said:  ‘Womxn is used to demonstrate our commitment to inclusiveness. No student has complained about its use.’ 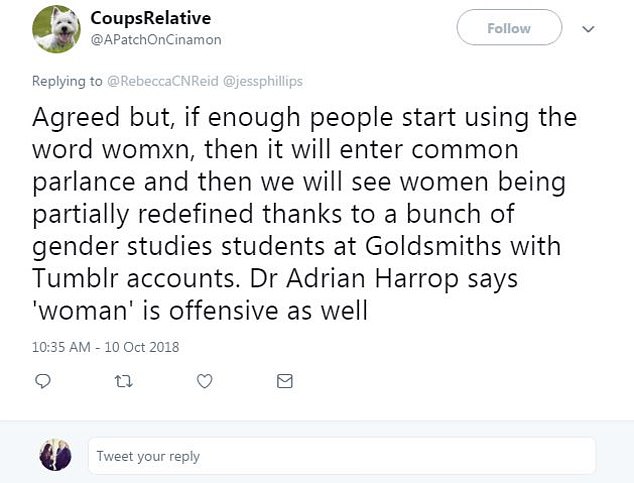