Some 1.7million people could lose their homes

Up to 1.7 million homeowners with interest-only mortgages have been told they risk losing their homes if they do not find a way to clear their debts.

In a rare stark warning, the City watchdog urged homeowners with interest-only mortgages they are struggling to repay to seek help from their bank or a debt charity immediately.

It is concerned huge numbers of borrowers who took out an interest-only mortgage in the lending boom of the last decade have no way of paying back the debts they owe when their home loan ends.

In a rare stark warning, the City watchdog urged homeowners with interest-only mortgages they are struggling to repay to seek help from their bank or a debt charity immediately (stock image)

More than 500,000 of these are aged 55 or over, raising concerns about their ability to repay their debts when they retire.

The warning follows a major piece of research in which the Financial Conduct Authority (FCA) found that the vast majority of borrowers were burying their heads in the sand.

As many as seven in ten have ignored letters from their banks asking if they had a plan in place to repay their loans, causing experts to fear they could be sleepwalking towards a vicious debt trap.

In a series of in-depth interviews with distressed borrowers, the regulator found many people were unsure what to do to get themselves out of trouble or were worried about how their bank would react if they spoke up.

Others said they did not react to their banks’ attempts to contact them because the letters from their bank did not seem urgent.

Last night the City watchdog urged struggling borrowers to come forward before it is too late.

Jonathan Davidson, a senior director at the FCA, said: ‘If you’ve got an interest-only mortgage, please don’t regret it by not taking action now.

‘We are very concerned that a significant number of interest-only customers may not be able to repay the capital at the end of the mortgage and be at risk of losing their homes.’

‘If you’ve got some investments that will pay off your mortgage then all well and good. But if you haven’t then do something about it now.’

Interest-only loans are the legacy of the irresponsible lending boom before the financial crisis.

They were hugely popular with borrowers searching for a cheap way of getting onto the housing ladder and accounted for as many as one in three loans in 2007. 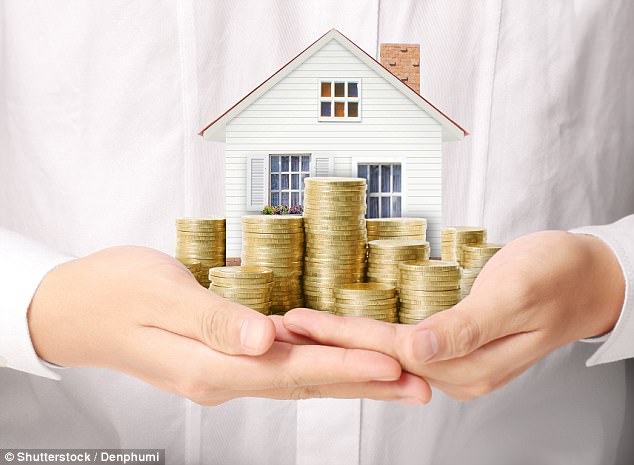 But as borrowers do not chip away at the debt each month, they must find a way of doing so when the mortgage ends, whether that be through savings, investments or selling their home.

However, before the crisis banks rarely checked to see if borrowers had a plan in place, leaving large numbers of borrowers without a means of repaying their mortgage.

The FCA told the Mail that it had come across one bank who did not have the ability to call back worried customers calling about concerns they had with their interest-only loans.

In other cases, banks did not follow up their letters with a phone calls or expected borrowers to make first contact.

Joanna Elson, of debt charity Money Advice Trust, which runs National Debtline said: ‘It’s crucial people on these types of mortgages speak to their lender to discuss their repayment options to prevent themselves from being at risk of losing their home further down the line.

‘With nearly one in five people’s mortgages’ interest only this affects a substantial number of home owners. As we are all too aware at National Debtline, many households are only one shock to their income away from being in problem debt.’

David Hollingworth, of mortgage broker L&C Mortgages, said: ‘We see people who think everything will just work out and those who will do anything they can to put off making a decision.

‘But it’s important you act as soon as you think there is a problem, because the longer you leave it the more painful it will be later.’